Sometimes, things just don’t work, and this was one of those times.

If you’ve been following this project, you’ll know that I’m using techniques described by costume embroiderer Michele Carragher.  As part of her fabulous work she uses something called Italian tubular wire mesh ribbon.  I have to admit I’d never heard of this before, and it seems to be mainly intended for jewellery-making, but in Ms Carragher’s work it’s used as a very effective substitute for ‘classic’ goldwork, so I was keen on giving it a go for the stems.

It comes in two widths, so I bought some of both, to be on the safe side, both in Antique Gold: 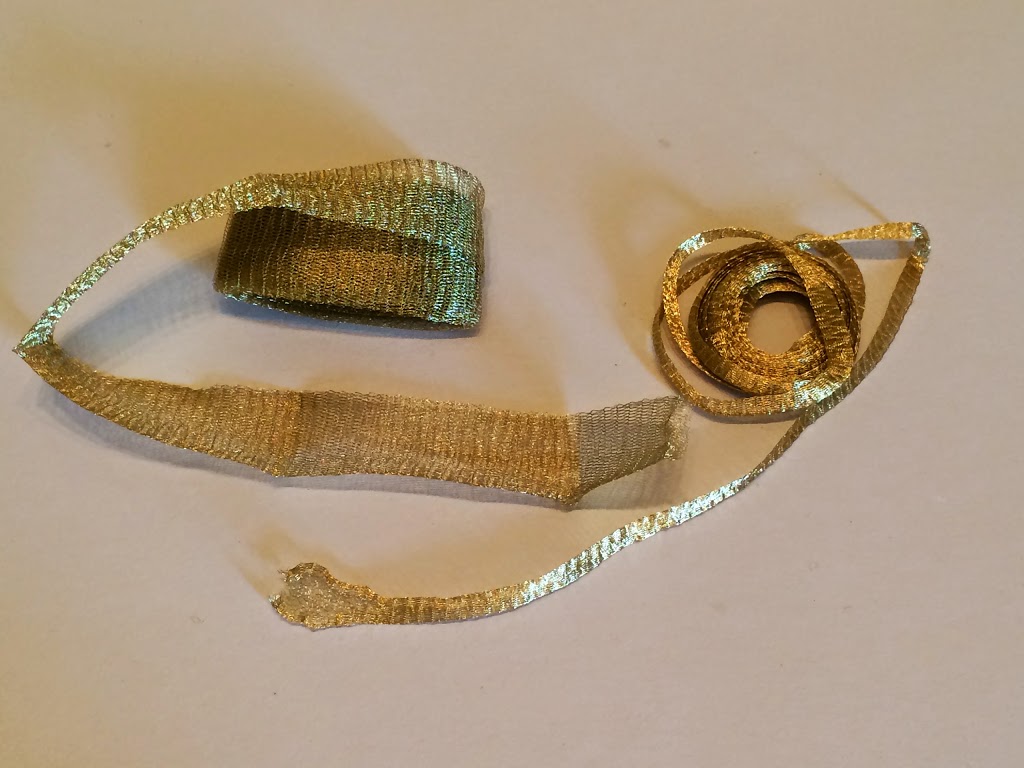 It really is exactly what it sounds like: a very fine mesh of gold wire, woven into a long tube.  I eagerly took it out of its packet, and realised I had no idea what to do with it next.  It also occurred to me that I probably ought to have done this, whatever it was, first, rather than trying to fit it round the leaves I’d already stitched.

And the widths were wrong: the wide one is too wide for the stems, and the narrow one too narrow.  Never mind – I folded the wide one in half, which was about right, and cut a length, and found my next problem: it frays.  A lot.

Pressing on, I stitched it down as best I could along the edges with a single strand of stranded cotton in the closest shade I could find.  This was the result: 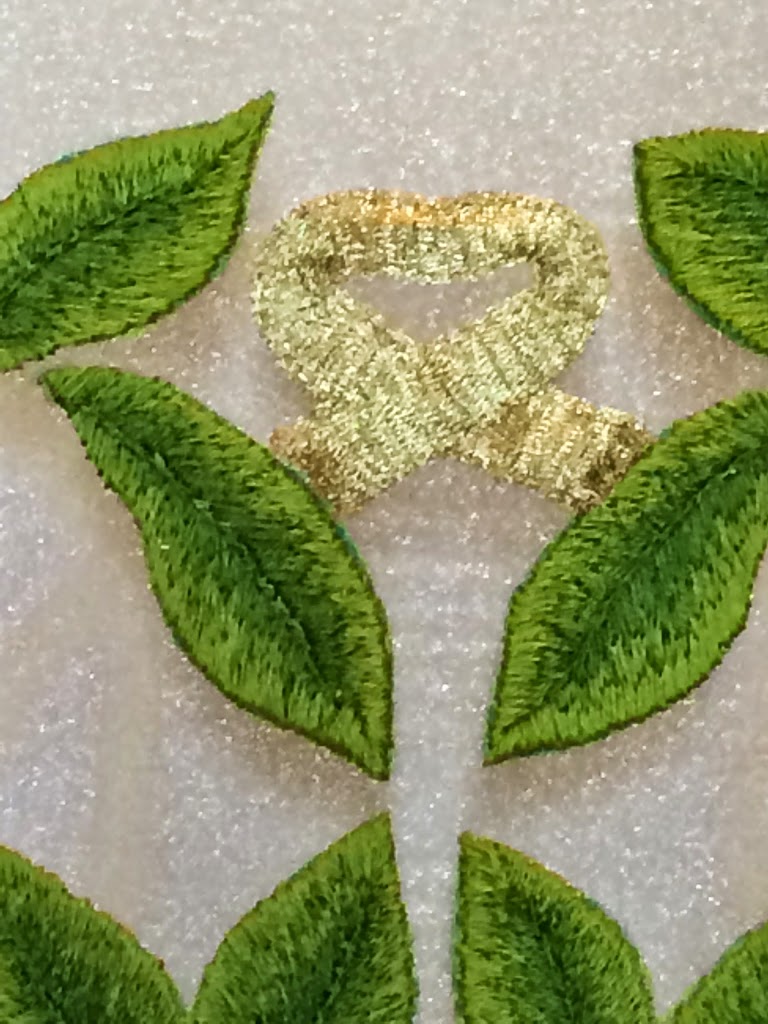 It actually looks better in the photo than in real life, and it doesn’t look that good in the photo.  It’s too lumpy, somehow, and the ends are a mess.  It came straight off again.

I should say that this is not a criticism of the wire mesh ribbon, just that it wasn’t suitable for what I had in mind.  I can think of a few things where it could look very effective indeed and I’m sure now I know a bit more about it, I’ll use it again in something more appropriate.

That still leaves me with the stems, however.  I considered gold ribbon, but the design has a lot of curves and ribbon wouldn’t be that easy to work round them without bunching, then goldwork, but I think that would be too heavy for the piece.

So, I’ve decided to stick with what’s worked for the rest of it, and do the stems in long and short stitch, with some shading.  Let’s hope that comes out a bit better!