Well, it’s October, so of course it was the hottest day of the year here.  It’s been very warm for the last few days; I’d taken a few days off work to work on the Banner, but it was far too nice to stay indoor stitching all the time, so I played hooky for a day and went for a trip to see some of the Roman remains in Northumberland.

I wasn’t up for hiking and so didn’t do Hadrian’s Wall as such, but instead went to Brocolitia and Vindolanda.

Brocolitita, or Carrawburgh, was somewhere I’d wanted to see for ages.  It’s quite isolated, and is a beautiful and magical place, disturbed only by migrating geese and RAF fighter jets flying overhead.  It’s been heavily excavated, so much of what was there has been taken away to museums, but there’s still the remains of the Temple of Mithras: 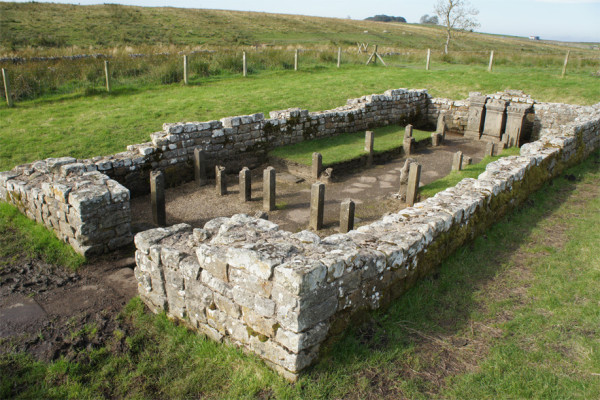 That’s quite late Roman; much older is a shrine to a Celtic goddess, Coventina’s Well.  Nothing of that now remains, but I went in search of it anyway, over a path of stone slabs over a stream: 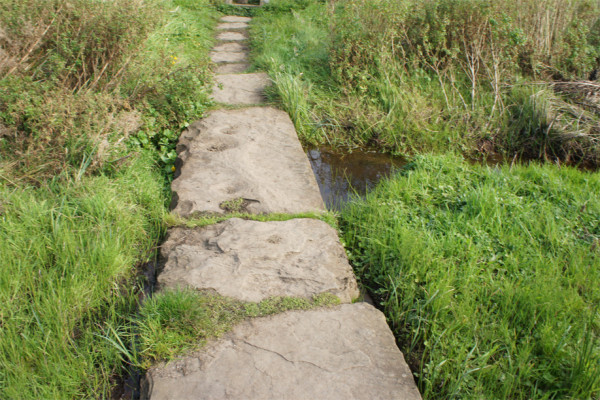 Following the stream along, I came to a series of pools, covered in beautiful yellow flowers, and I feel sure that was the site of the spring:

The flowers didn’t seem to grow anywhere else, but on my way back I saw one plant, growing by the side of the stream, next to the path: 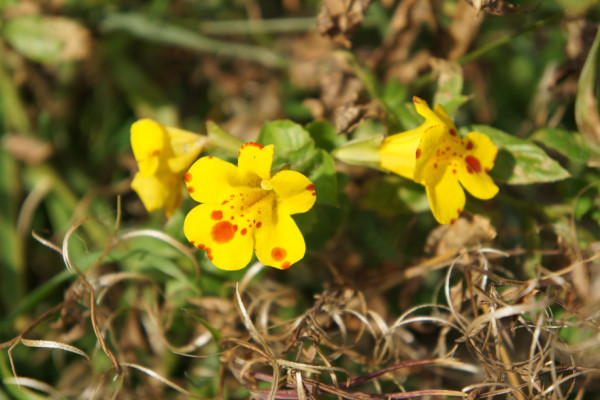 I wish I knew what it was – can anyone identify it?

After the (mostly) peace and quiet of Brocolitia, I went to the more touristy Vindolanda.  In its heyday, this was quite a large fort with a village, or vicus, outside its gates, but is now in quite a rural setting.  Excavations have been going on for years, with some spectacular finds, including the internationally-important Vindolanda tablets – hand-written documents and letters from around the time of the building of Hadrian’s Wall, in 122AD.

The most famous of these is an invitation from the camp commander’s wife to another woman on site, inviting her to a birthday party – the oldest surviving handwriting by a woman anywhere – but there are hundreds of others, listing troop numbers, shoppings lists, complaints about the state of the roads, requests for recommendations for an inn to stay at – all the everyday things relating to the life of the fort.  They give a window into the lives of ordinary people in a way few archaeological finds can.

Most of the tablets are in the British Museum now, though there are a few at the very good museum at Vindolanda itself, along with a great deal else, but they don’t allow photography inside it, I’m afraid.  There’s still a lot to see outside too, though, such as a recreated temple, house and workshop set in a very nice garden: 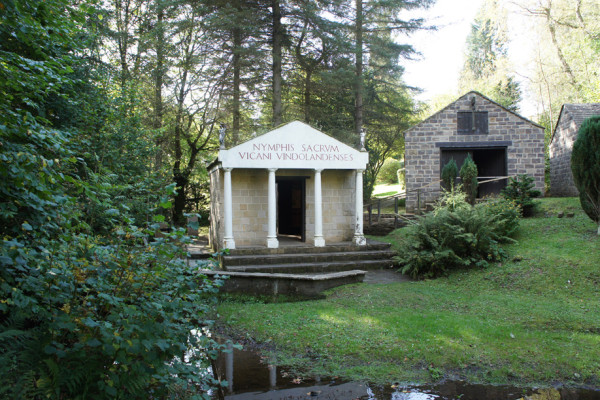 There’s also a recreation of how an original tower on the Wall would have looked, seen here with some of the  excavated real thing in the foreground: 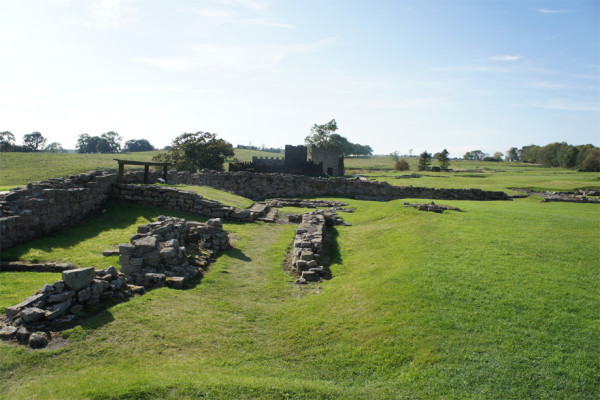 From the top of the tower, you get a good view of the whole site:

While at the edge of the fort, you can see the rolling Northumbrian hills in the distance:

It was a lovely day out, and I can recommend a trip to these or the other local Roman sites to anyone visiting the North of England, though try and get weather as nice as I had!

4 comments on “Brocolitia and Vindolanda”