I’ve got a couple of days off work, so I had a trip through to Durham today, for no reason other than that I love it there.  I walked along the banks of the river, which were beautiful in the early summer light.  If you haven’t been to Durham, then should you ever be in the North of England, then I really recommend that you pay it a visit.  To tempt you there, here’s the great Norman Cathedral from the opposite side of the river: 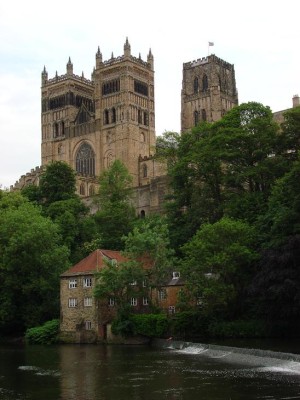 The building below the Cathedral, right on the weir, is now the Museum of Archaeology, but was originally a fulling mill, so there is a tenuous textile connection in this post somewhere!

Further along the river is the lovely 18th century stone Prebends Bridge: 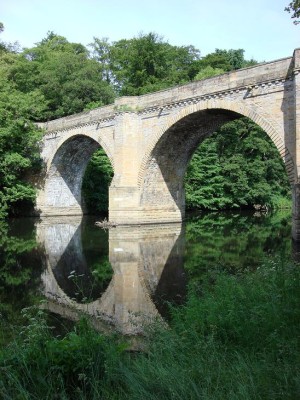 After finding a path back up (and a word of warning, if you’re planning to visit Durham: everything is uphill), I crossed over the bridge.  Looking over the parapet, there were some very pretty flowers growing.  It’d probably be better for the stonework if they were removed, but for now, they look so nice against the stone: 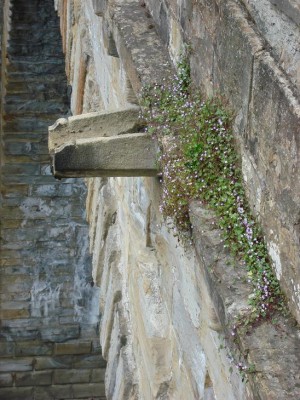 In close up, and being very careful not to drop my camera in the river: 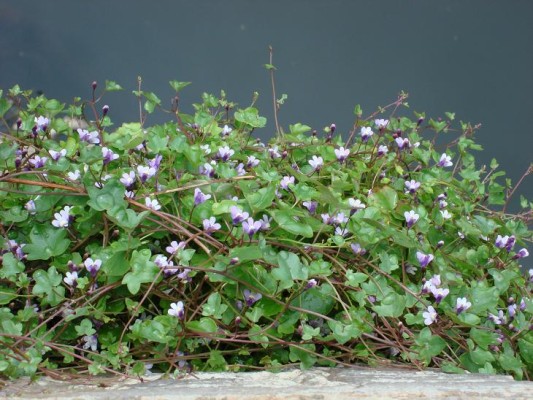 My botany is terrible so I have no idea what they are, but I loved the way the rain had collected in the leaves and made them sparkle.

On either side of the river, there were a couple of rather odd stone structures.  The first seen from the other side is a large seat, but it’s the back that’s the most striking: 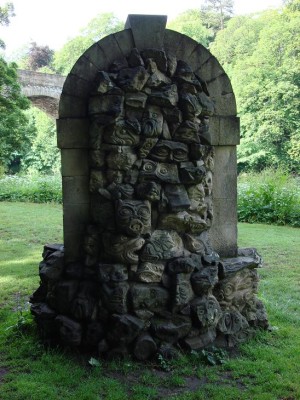 Roughly opposite, is an enigmatic stone tower: 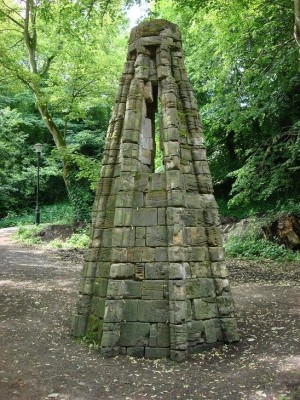 I have no idea what they are, though my guess would be Art.  They look to me as though old stone has been used to create them, though whether the grotesque faces were carved especially or are also old I don’t know. I need to find out!

At about this point, the battery on my camera ran out.  Never mind, I’m sure I’ll be back soon.