With all the stitched sections finished, it’s time to put it all together.

I cut pieces of mount board, to form the ‘box’:

The top of the box needs to have a hole cut in it to frame the carved stone; to do this, I first traced the shape and stuck it to one of the larger pieces of mount board: 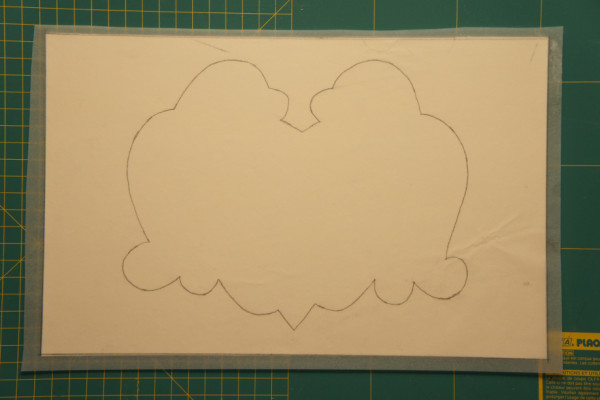 I roughly cut as much of the central section away as I could, then cut slits up to the line, and very carefully cut away each section: 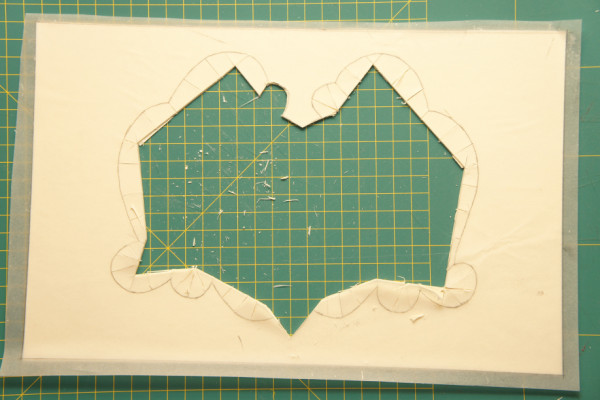 You can see I’ve made a start round the left dog’s nose. 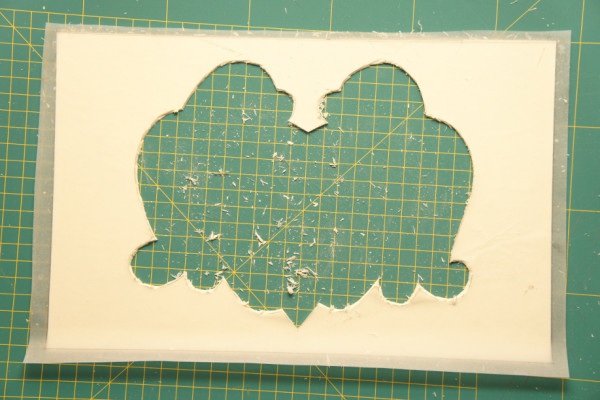 And tidied up a bit: 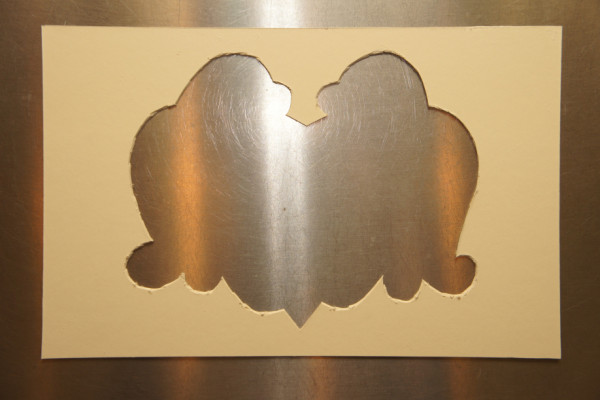 The stitched panels were cut out, leaving a margin: 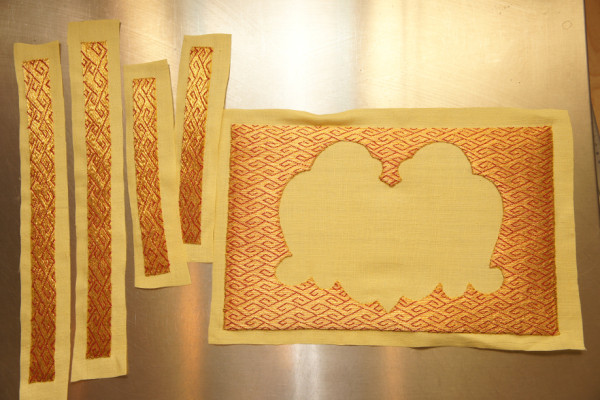 The side panels were attached to the board sections, and stitched together at the sides.  I have to confess: I used PVA glue to attached the margins (not the stitched area) to the board.  I know from past experience that trying to lace skinny and awkward shapes is next to impossible, so I decided at the start that I’d glue them. 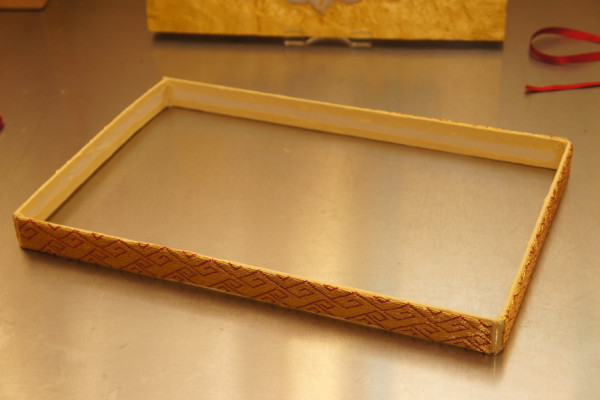 There was a problem, though – the heavy stitching had drawn the felt shapes I was stitching over in a bit.  These felt shapes had been cut exactly to size, so this meant that they were now slightly too small.  Just a couple of millimetres, but enough to be obvious.  If I was making a box I’d just have made it slightly smaller, but that wasn’t an option here as they’re a snug fit around the stone anyway, so some way of disguising the seam was needed.

The sides slotted over the stone very nicely:

The base was covered with red velvet, and ladder stitched to the sides: 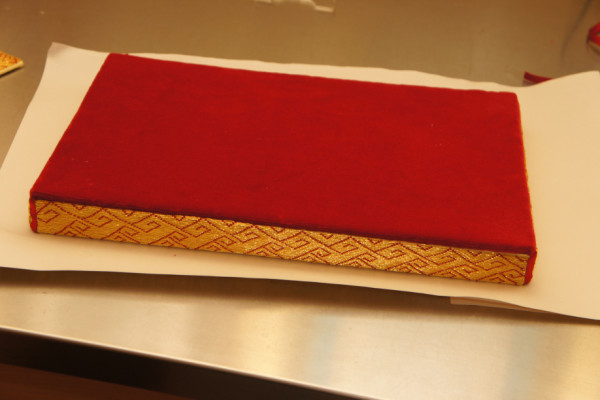 Here’s a last look at the top of the stonework, sitting in its box: 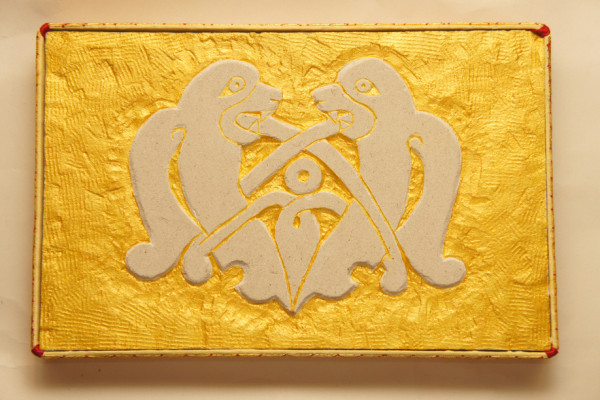 And with the top, attached to the cut board, added, leaving the carved design showing through: 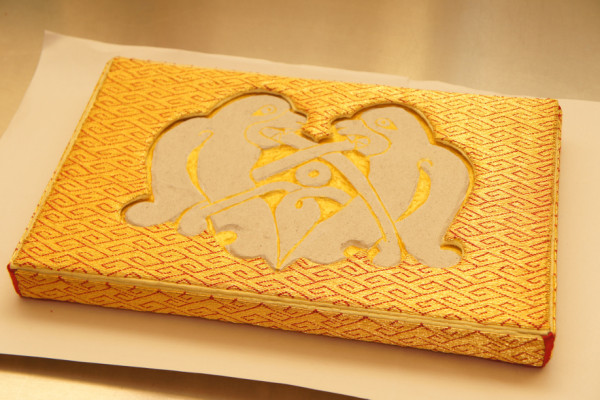 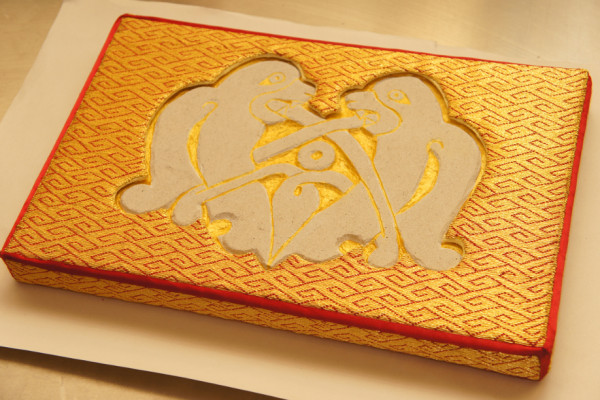 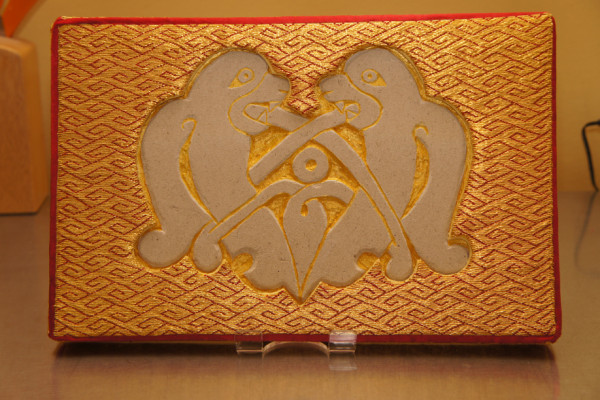 I’ll take some photos in better light, to show it off.