I am something of an amateur history buff.  I’ll happily read books or watch TV programmes about just about any historical period, though there’s something fascinatingly ghastly about the Middle Ages, and I recently read The Plantagenets by Dan Jones, which I can very much recommend.  I’m also a big Shakespeare fan.  Last autumn, I was lucky enough to see the RSC productions of Henry IV Parts I and II, which were just wonderful, and over the Christmas holidays watched my DVDs of the BBC’s marvellous Hollow Crown productions of Richard II to Henry V.  All this has left me wanting to stitch something.

And here that ‘something’ is: 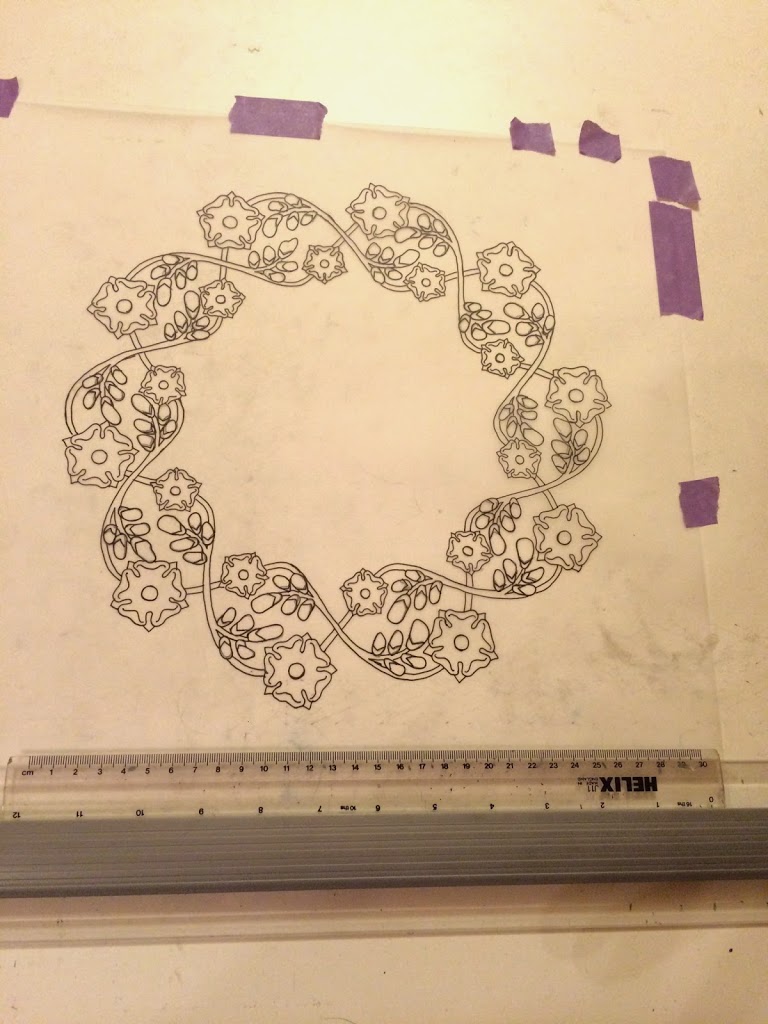 This is a stylised wreath design, 28cm (11″) in diameter, with its underlying structure formed by two overlapping circular sine waves, which will form stems.  The flowers themselves are roses and broom – planta genista – the original emblem of the Plantagenet family and the source of their name.

Traced onto gold organza in colour: 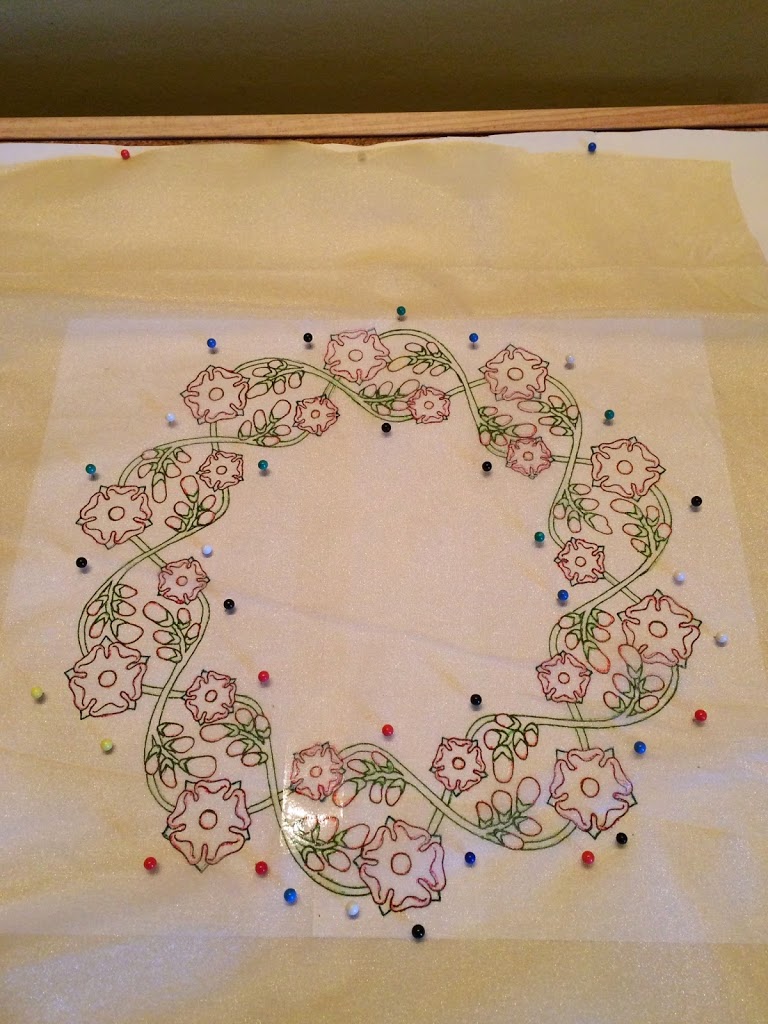 I’m going for a Yorkist version here so the roses are going to be white, but I need to be able to see the outline so I traced them in red as the finished embroidery will be appliquéd onto a dark red velvet.  If I do a companion Lancastrian version then the roses will of course be red.

The traced design without the drawn version behind it: 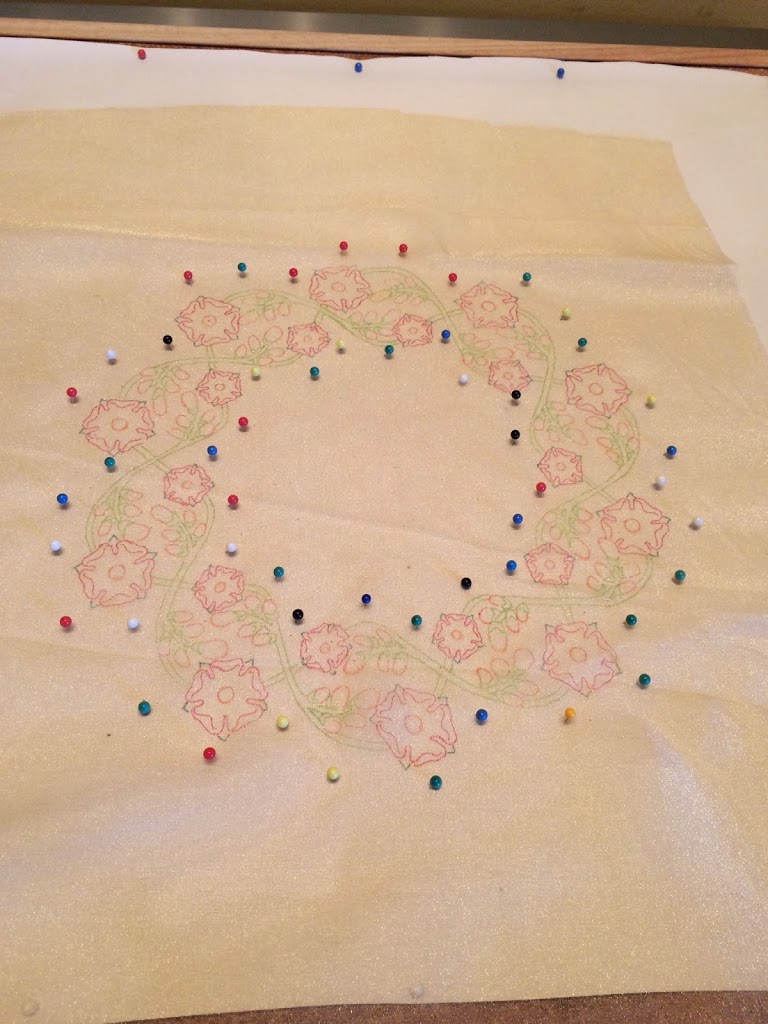 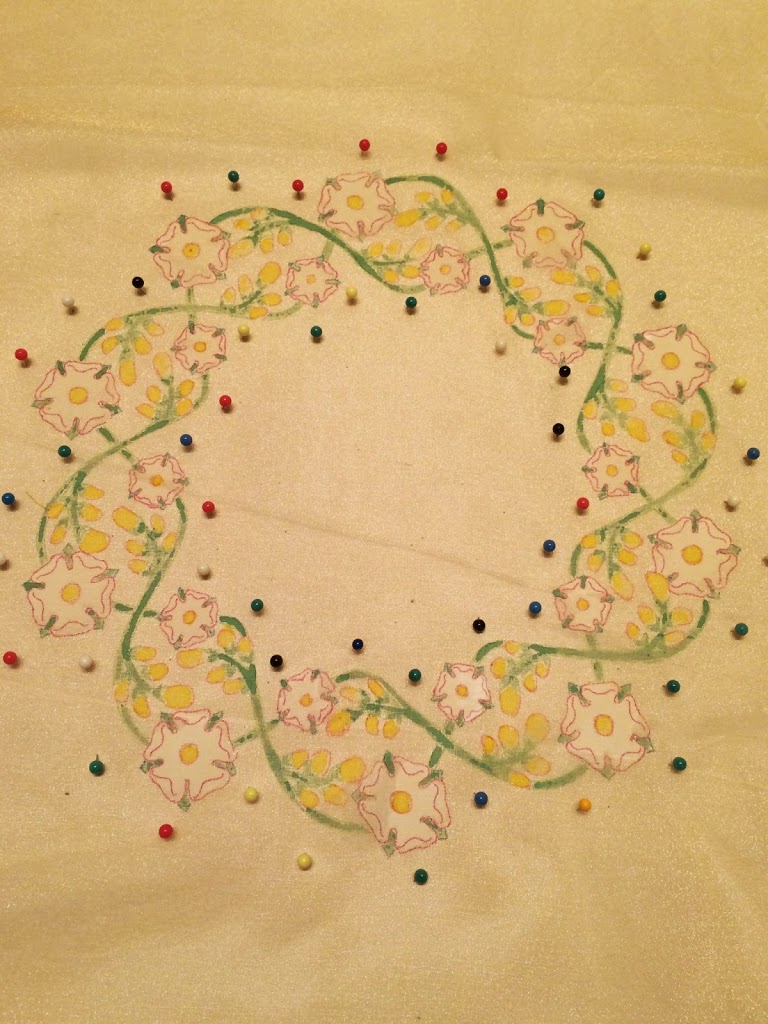 I’ll start the outlining next time.