In between work and the World Cup, I haven’t been doing all that much sewing, but I have done some, and I have proof!

To recap, I’d repositioned the fabric on the frame to get the rest of the design visible, with two smaller spirals and the very big one to do: 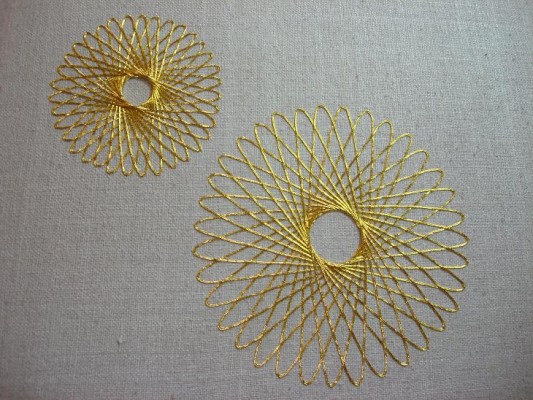 To give you an idea of the scale, the larger of the two is actually 16cm (just under 6.5″) in diameter, so still fairly large.  The very big spiral is VERY big, but more on that later.