The last tambour beading experiment: this time, using sequins and bugle beads, instead of the seed beads I’ve used up to now.

This really is just an experiment to test the technique, so I’m using a design so simple it doesn’t deserve the name: 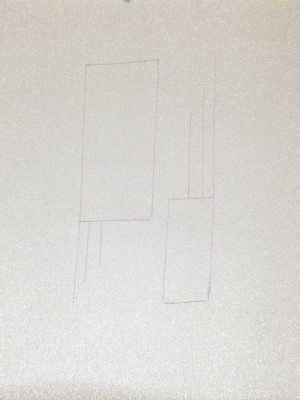 And two kinds of gold sequins – flat and cupped – and gold bugle beads (plus thread): 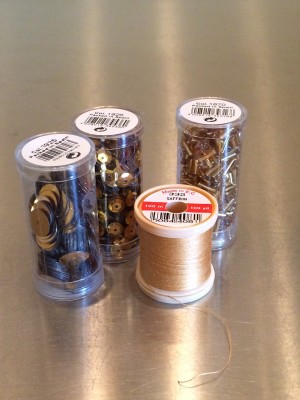 Sequins first.  Exactly the same principle as with the seed beads: the sequins were threaded onto the thread in advance, pushed into position with the underneath hand, and a stitch worked over the top with the hook.

The first block, with the flat sequins: 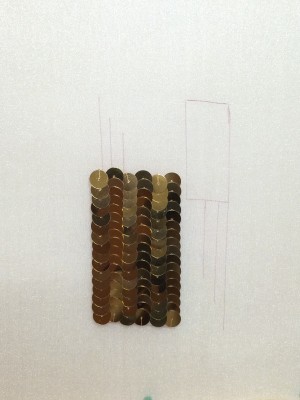 From the back (which is the front as I’m stitching, confusingly), you can see the lines of chain stitch formed by pulling the thread through with the hook: 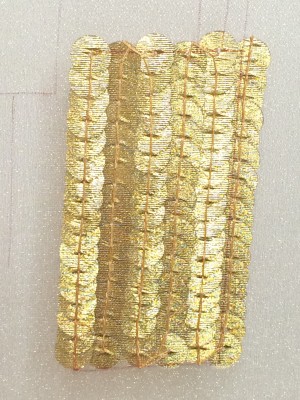 Tambour-stitched sequins from the back

The second, smaller, block, with the cupped sequins: 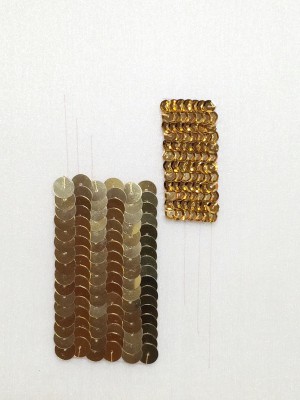 The cupped sequin block in close-up: 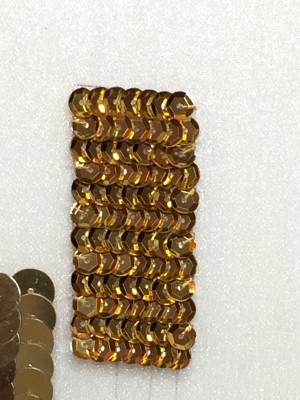 Then bugle beads in lines: 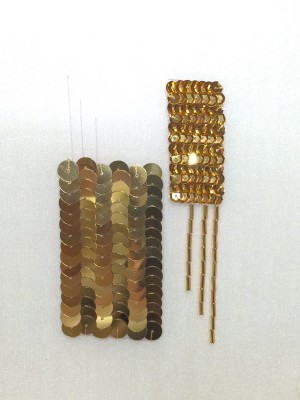 Bugle beads in a line

And in a block to complete it: 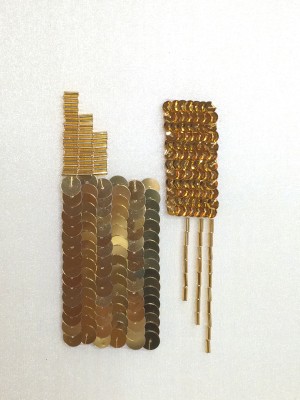 Bugle beads in a block

Overall, this was no more or less difficult to do than with the seed beads, though I’m glad I started with them.  The one thing that was trickier was that the sequins had a tendency to stick to one another, making it more fiddly to get them into position, especially as this is done with one hand beneath the fabric.

Given that I’d never attempted this before a few weeks ago, I’m pleased with these experiments, and think that this technique has great potential for my work in the future.  Now I just need to think of something to do with it!