Well, the big day is finally here: I have finished stitching all of the flowers for the Banner.  This is momentous enough to be documented in detail, I think, so here goes.

The last sheet of flowers to do is the cowslip that’ll go in the centre of the top panel: 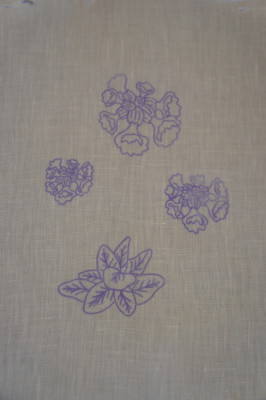 I outlined the cups at the base of the individual flowers in buttonhole stitch in Madeira stranded cotton 1409, and added detail in split stitch, using three strands of 1410: 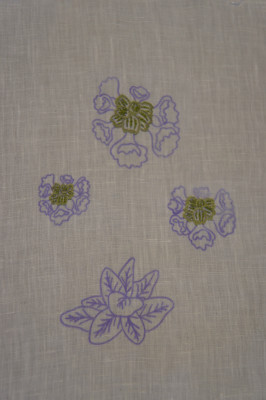 I then filled in the rest of the cups in split stitch, using two strands of 1409: 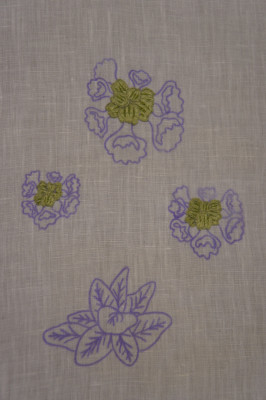 I then outlined the flowers themselves, using Madeira 0105: 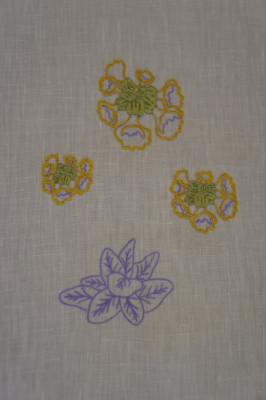 To give a sense of the ‘inside’ of the flower, I filled in the central section of each one in a slightly darker shade, 0106: 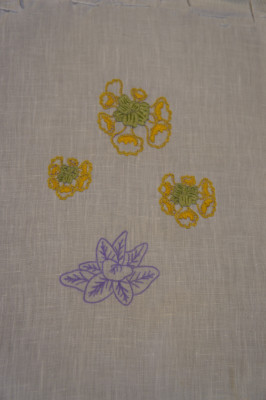 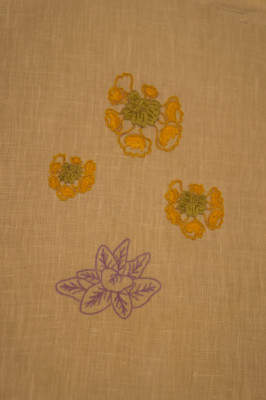 And filled in the rest of the flowers with 0105: 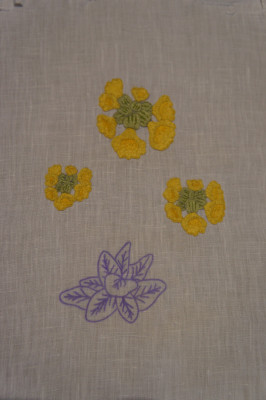 I then filled in the little gaps that are too small and fiddly to cut out in red, Madeira 0510 (you can’t tell when they’re on the velvet background, honest!): 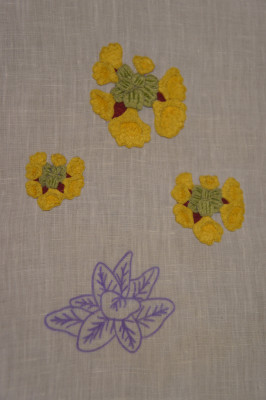 Then the same process for the leaves – the outlines, in Madeira 1410: 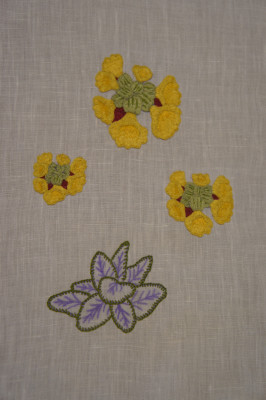 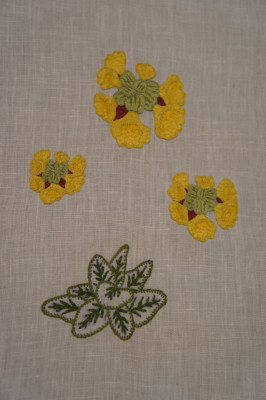 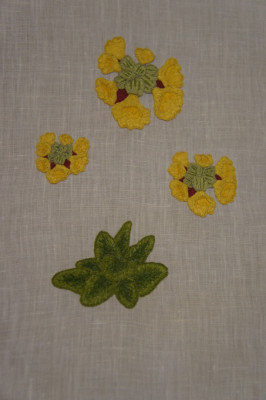 And that’s it!  No more flowers.  Wow.  I still have to add them to the background fabric and do all the goldwork, of course, but all the same, this is a major milestone.  Not long to go now!

6 comments on “The final, FINAL sheet of flowers”