The outlines of everything else are done, so time to turn to the leaves. As I mentioned before, these are pretty fiddly, especially the lower one. I did each leaf of the bunch separately, but I outlined and filled them all in as I went, rather than going back and doing them in stages: 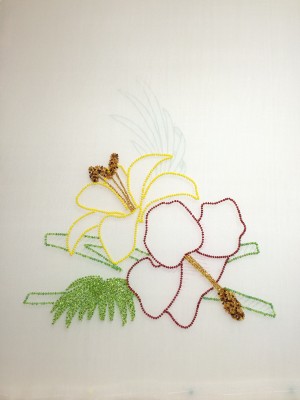 I did the same for the smaller of the upper leaves and the bits in between, though I outlined the larger ones: 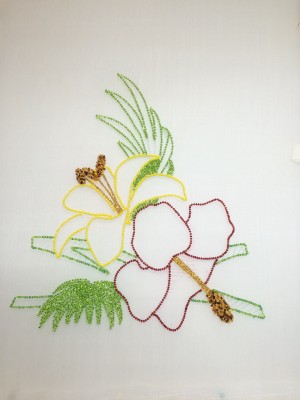 I then filled in the rest: 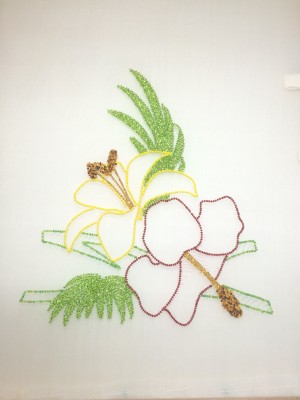 Most of the leaves done

And added some detail in the variegated green beads: 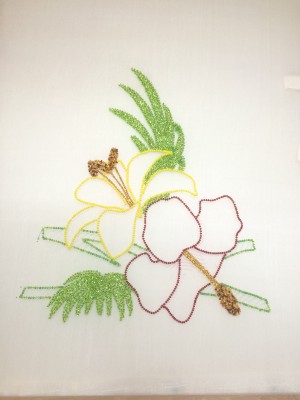 The lower band next.