Slow progress on this, as I’ve had work done in the house and everything had to be put away due to dust, but I can get going again now.

I’m keeping a fairly simple colour palette for this, but I have to start somewhere, so I’m starting with the flowers’ stamens.

And here’s the first of the beads I’ll be using: 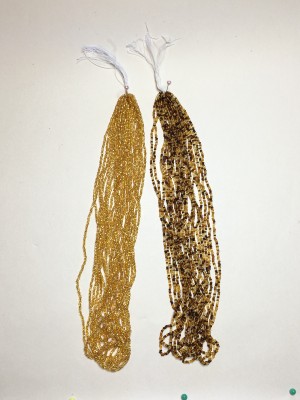 I’d previously been using beads I already had in but I’ve bought a load specially for the project this time. They’re all made by Jablonex, which I haven’t used before but I understand have a very good reputation. They’re also provided on threads, not in containers, as the Gutermann ones are; when I was reading about tambour beading before I started I read somewhere that beads come on threads so that you can tie one end of the string of beads to your own thread and just push them straight down from one to the other. This seemed rather too good to be true to me, I must admit, but I gave it a go and it worked! This is much easier and faster than threading on each bead individually, and should save a lot of time.

So, using the amber beads, the long thin bits of the stamens: 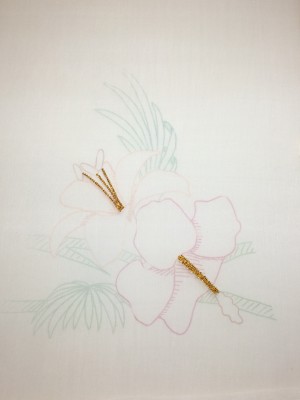 And then with the pollen bits at the end in what are called ‘tortoise’ shades – a mix of amber and browns: 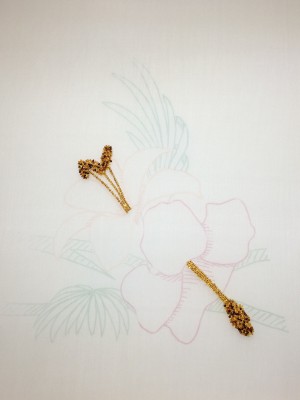 I’ll start one of the flowers next.