I thought I’d have a break from goldwork, and for no particular reason am going to make a couple of cushions.  Firstly, the materials for them: 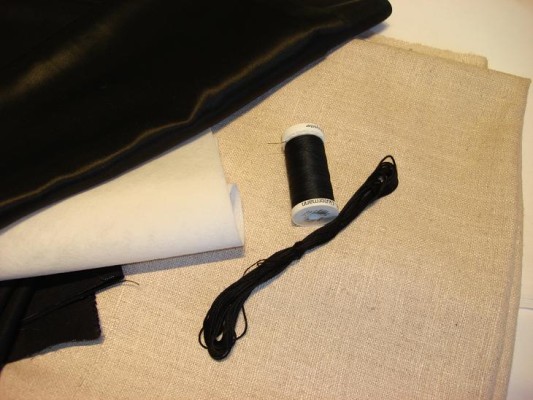 Some of these should look pretty familiar!  I’ve got quite a bit of the silk matka left from the Spirograph I hanging, but not enough to make another one, so I’m going to use some of it up as the main background background fabric.  I’m also using more of the same old linen sheet to line it, plus black silk satin for the appliqué, and a plain black cotton upholstery fabric for the cushion back.  There’s also craft felt to pad the appliqué, black sewing thread to stitch it down, and black stranded embroidery cotton to edge it.

I’ve previously posted about some calligraphy cushions that I made a while ago; these will be along the same lines, but instead of being Chinese characters, will be Western ones: hence, character cushions.

I’ve decided to do an @ symbol and a &.  There’s not much design work required here – it was just a case of finding versions in a font I liked and blowing them up.  Nice and easy!  Here they both are: 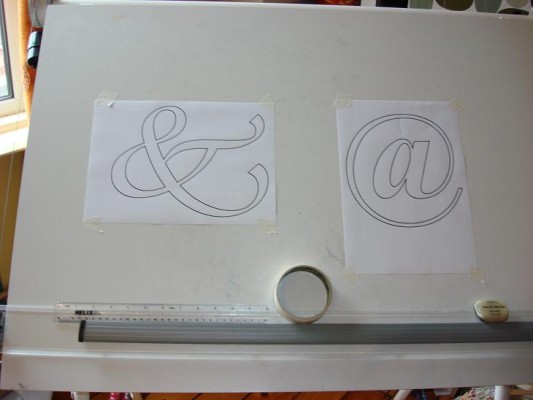 As ever, I made transfers from them, tracing them onto tracing paper taped over the top with a transfer pencil: 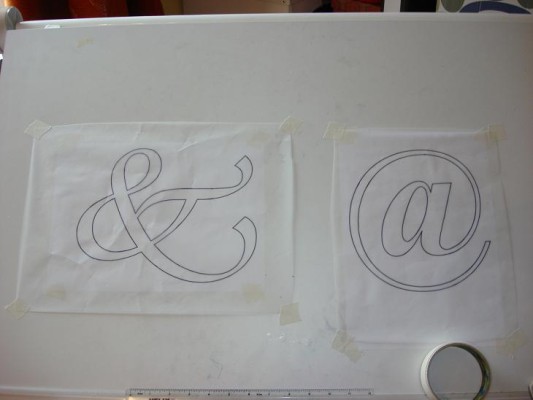 The cushion pads I have are 41 x 41cm (16″x16″), so I cut out two squares of linen, slightly larger. I want the designs in the middle of each cushion, so I marked the centre of each square: 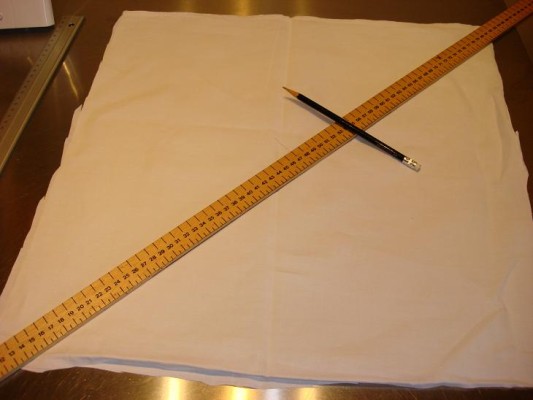 Using this as a guide, I tacked the transfers onto them, face down: 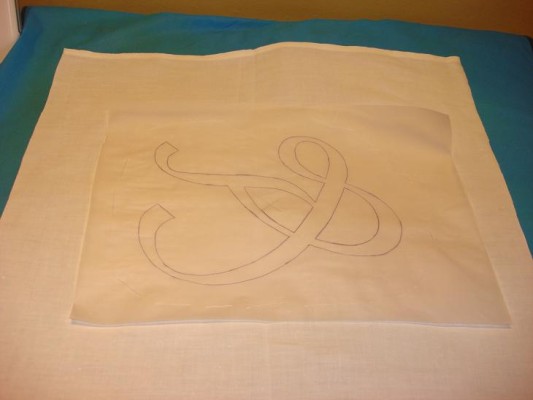 Using a hot iron, I ironed them onto the fabric.  By tacking the transfer down rather than pinning it, you can get much better coverage as you don’t have to lift the iron to avoid any pins, though in my experience some areas always transfer better than others, and there’ll probably be some smudging.  It’s a good job they’re going on the back!

Here are both squares, with the slightly patchy back-to-front designs ironed on: 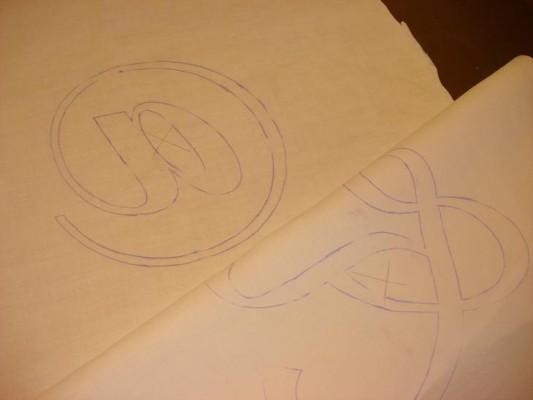 I’d also cut out squares of the matka the same size as the linen.  I stitched the matka to the top sides of the linen squares and neatened the edges using an overlocker: 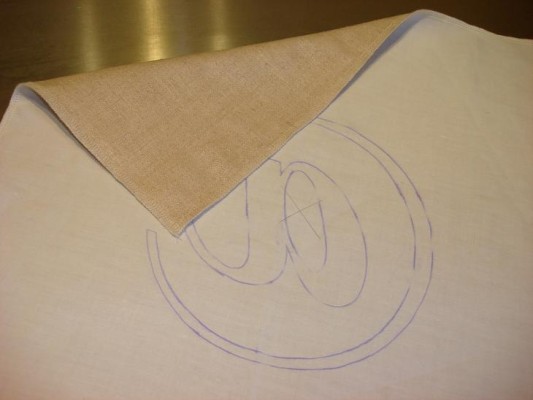 I just need to mount the first one on a frame, and I’m ready to begin!