Taking a morning off from sewing, I went to see a new exhibition from the National Portrait Gallery at the gallery at Sunderland Museum and Winter Gardens.  This is entitled ‘Writers of influence’, and ranges from Chaucer to J K Rowling, via Charles Dickens, Virginia Woolfe and Dizzee Rascal (plus many others).  They’re all fascinating to see, but the real star of the show, and what looks like making the exhibition a real blockbuster, is the Chandos portrait of Shakespeare. 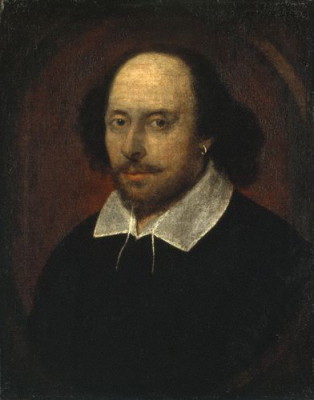 This is the only portrait of him that has ‘any claim to have been painted from life’, as the caption put it, which is as good as we’re going to get, and good enough for me.

This is quite a coup for the gallery as this is the first time ever that it’s been displayed outside of London, and as something of a Shakespeare fan, I was determined to see it today, the exhibition’s opening.  There were a lot of people there, most hearteningly of all a bunch of teenage boys.  They weren’t on a school trip (it’s Saturday), and they weren’t there with their parents, they’d come along because they wanted to.  Maybe our culture’s in safer hands than we give it credit for.

Photos weren’t allowed in the gallery, of course, but outside in Mowbray Park, I did take one of a rather different literary figure: the Walrus. 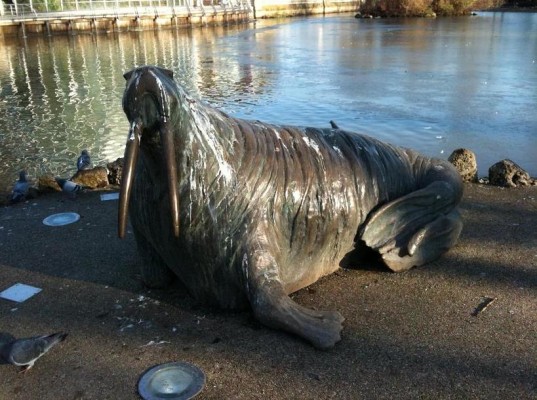 Lewis Carroll (also in the exhibition) had family and friends in Sunderland, and stayed here often.  On one visit, he went to see the skin of a walrus, being displayed to the public by a sea captain (you had to make your own entertainment in those days).  Sunderland had a massive shipbuilding industry, and he would have seen many men heading to work in the shipyards.  They were wooden ships, and the men were woodworkers, or, of course, carpenters.  So, The Walrus and the Carpenter, surreal as it is, was directly inspired by Sunderland people and things.  Carroll’s work was an influence on John Lennon, who wrote I am the Walrus.  He’s in the exhibition too.

The walrus skin was stuffed and was on display in the museum for a century or so before finally falling apart; when I was a kid the head, mounted on a plaque, was still proudly displayed over the door.  That’s had it too now, so a life-size bronze statue was commissioned in its stead.

Walking back through the park, I passed the statue of Jack Crawford, the ‘Hero of Camperdown’, and the boy who quite literally nailed the flag, or the colours, to the mast during a sea battle, giving us an enduring expression. 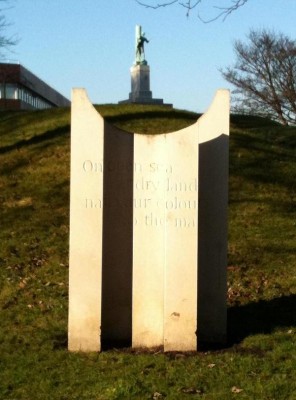 The inscription on the sculpture in the foreground reads:

There’ll be an exhibiton on in your local museum or art gallery or library, and it’ll be every bit as interesting as this one and will tell you just as much about where you live.  Go and see it.