The two panels I’ve done already – the bottom and left ones – while clearly similar, have obviously different designs.  The remaining two – top and right – are similar to the finished ones.  And I do want to emphasise that: similar.  The concept of the design is a scattering of wild flowers, as you might find in a meadow.  As such it needs to have a certain freedom in it, to give a naturalness to the look of the finished piece.

So, while the layout of the right and left panels are similar, they are not, and are not meant to be, symmetrical.  If the design was very controlled and demanded precise placement of its elements (as a lot of my own designs do), then I would be doing my level best to make sure that everything was placed as accurately as possible.  As it is, though, I’m not referring back to the previous panels, but continuing to place the flowers where I feel they ought to go, using the marked up design as a guide.

I thought it best to explain that before I started, in case you think I’m just being a bit slapdash with the layout!

With that out of the way, let’s get down to business.  As before, I’m starting applying the flowers in the middle and working outwards to either side, so that means the cowslip is added first: 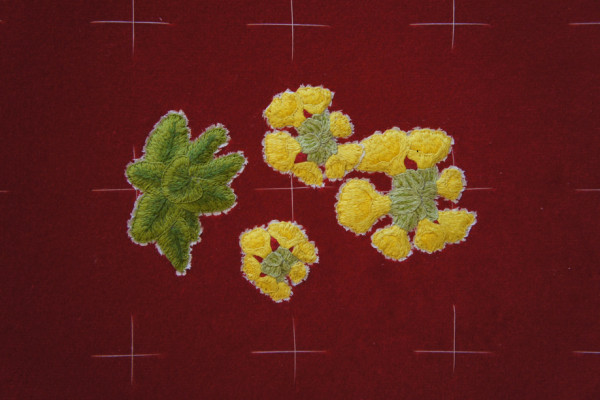 There are then a few ferns: 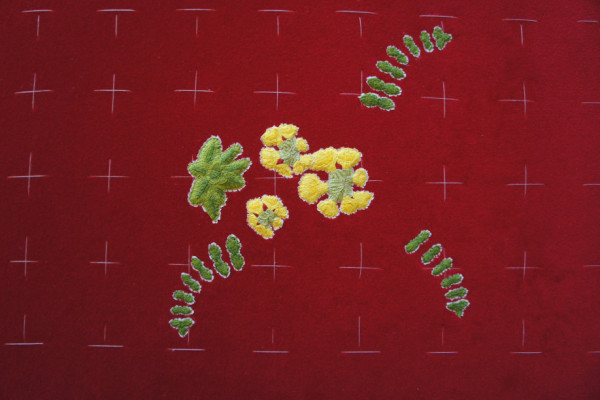 Then some wood avens and pearlworts: 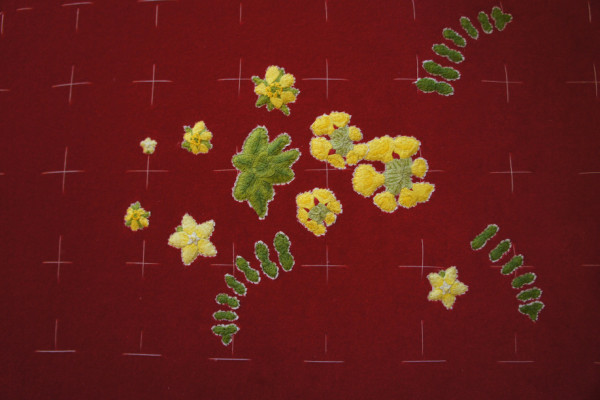 And here’s everything together: 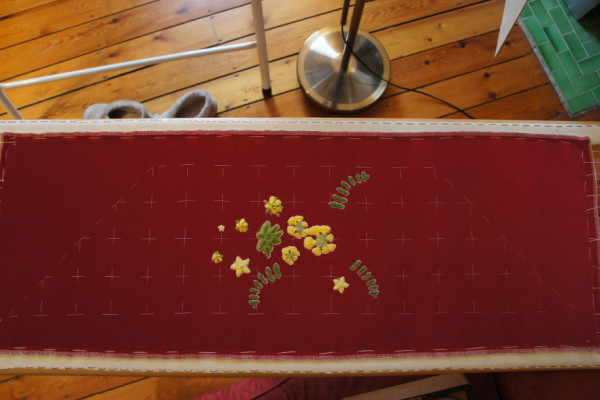 I like this stage – things start to come together (relatively) quickly, and you can see real progress.

3 comments on “A note on placement”