Winter’s arrived a month early this year – everything’s under a thick blanket of snow, and I’m currently looking at a blizzard.  A good day to be at home stitching, so it’s a pity I had to go to work!  Still, it did look quite pretty from indoors – this was the view from the office window this afternoon, with a corner of Newcastle Cathedral on the left: 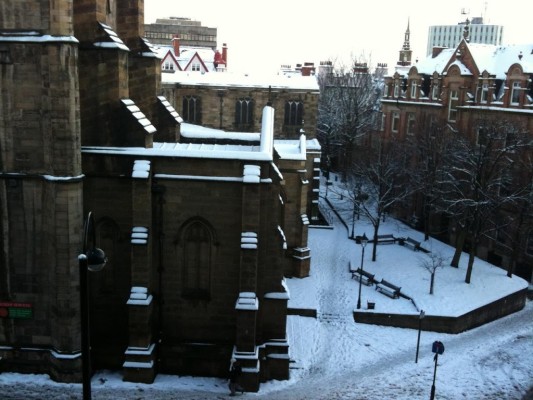 Increasing transport problems led to the office closing early, and after surviving the commute home, I can now bring you up to date with work on the Banner.

I’ve added quite a few more flowers to the velvet background now; applying them is quite a fiddly process, but much faster than embroidering them in the first place.  Here are a few more attached: 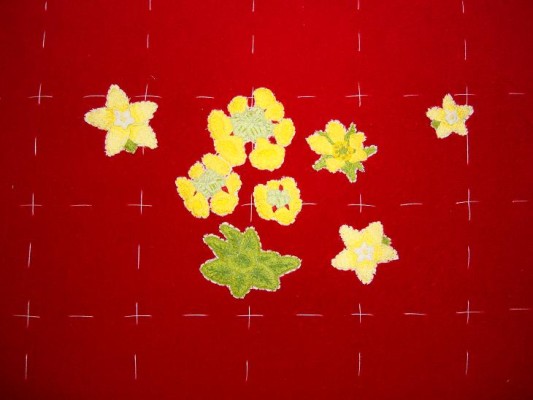 There are a few ferns to do, which as before seem to take more time and effort than somehow they ought.  I can’t help it, I still don’t like them as much as the other flowers.  Never mind, I need to add them anyway.

To get the layout correct, I stitched on the first and last leaves first, to get the start and finish points: 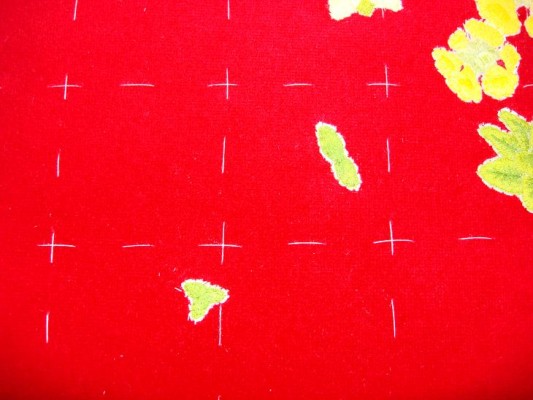 And then spaced the rest of the leaves in between.  Or almost all of them – when I laid them out roughly to check the spacing, putting all of them on was going to look really cramped, so I missed one out. 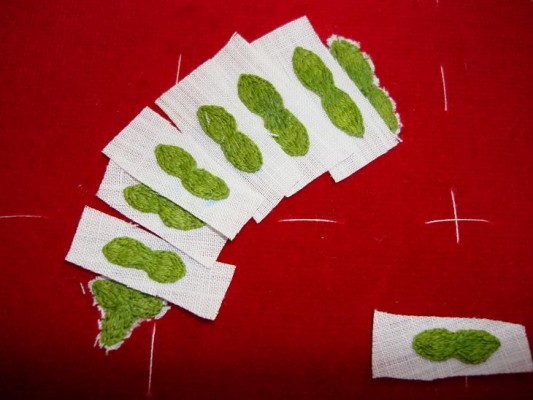 I’ll remember that for the rest of the panels – one leaf less to stitch!  Here’s the completed fern: 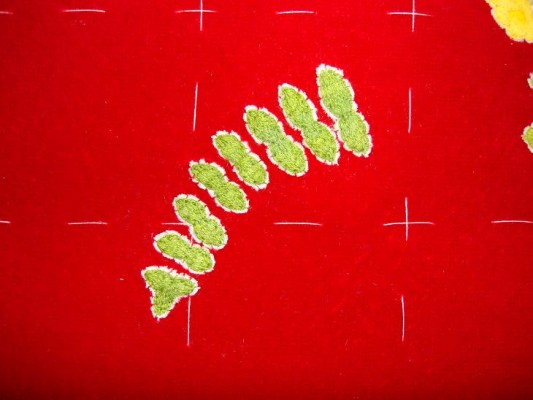 And the full panel so far, with a few more flowers on it: 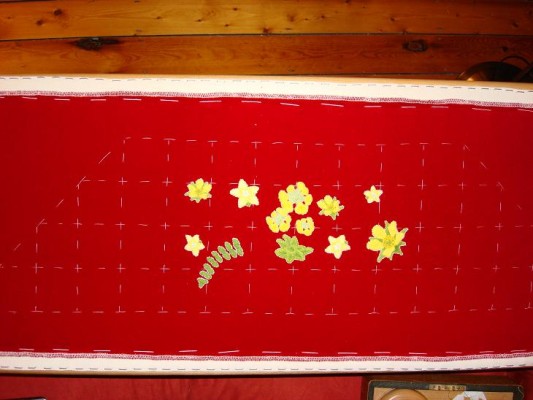 There are still a lot of flowers (and ferns!) to add, but I’m pleased with how it’s coming along.

One comment on “Adding more flowers (and a weather report)”