Much of the detail on the red velvet cross is going to be in appliqué. I’m using red silk satin, in as close a match to the red of the velvet as possible. The idea is to have the same colour but a contrast in textures, though as the apparent colour of the velvet can change quite a lot depending on the angle you’re lokking at it, there’ll often be a contrast in the shade, too.

I’ve made a start on the appliqué. I’ve used the same basic technique as I used for the red velvet cross itself, but on a smaller (and much fiddlier) scale. 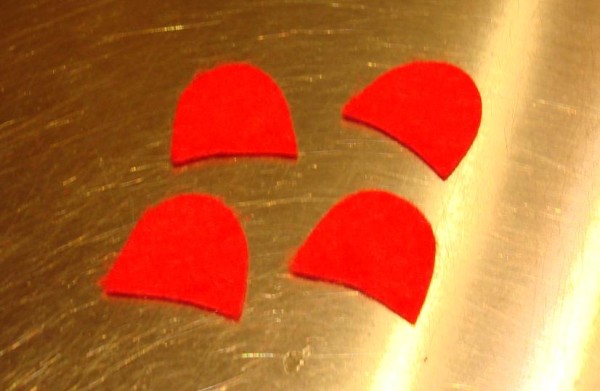 I’ve started with the shapes surrounding the gold ring in the centre. I cut out the shapes in felt, and then slightly larger in the satin. I then placed the felt shapes onto these, turned the edges of the satin over the felt, and tacked it down. 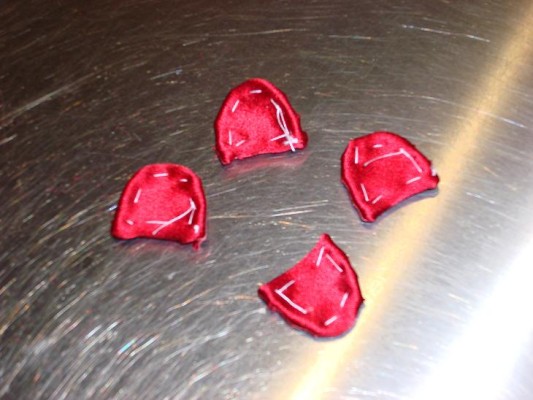 I then stitched these into position on the cross shape, and took out the tacking stitches, leaving the satin shapes in place. 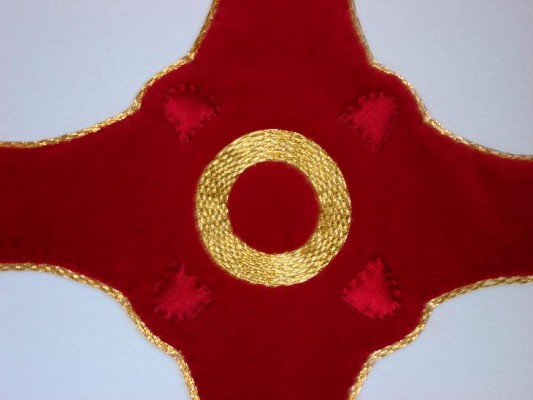 Finally, to neaten the edges and to make the shapes stand out a bit more, I couched a single Jap gold thread around the edge of each satin shape. 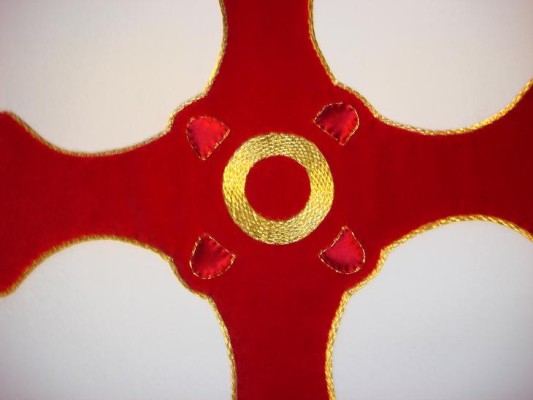 A lot more even fiddlier satin shapes need to go down the legs of the cross, but here’s how it’s looking so far: 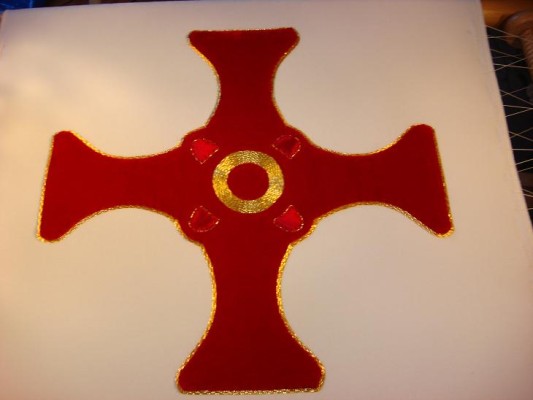 4 comments on “Appliqué detail in satin”