It’s the first foxglove next, and I’m approaching this slightly differently to what I’ve done before.

Previously, I’ve added all the flowers, edged them in gold, then added the goldwork stems last of all.  This has meant going around the flowers, or stopping and starting the couched gold threads, to make it looks as though the stems pass under a flower.  This has been fine so far, and it’s what I’m planning on doing for most of the panel,  but as the foxglove flowers are so close together, the amount of stopping and starting needed would make it unnecessarily fiddly and time consuming, plus making sure that the stem flows as though it was one continuous line would be quite tricky.  It’s much easier to do it first, so that it is one continuous line, and add the flowers on top.

So, here’s the stem, tacked in place.  As on the first panel, I’m using two stands of imitation Japanese gold thread no. 8; I’ve laid it on the background fabric in the curve I want, and couched it down at fairly wide intervals along the length, to keep it in place: 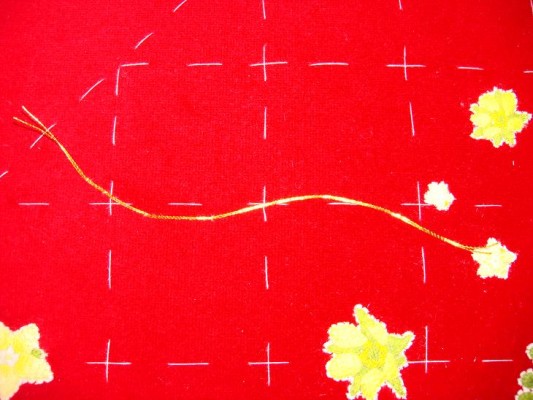 I’m using Madeira 1409 for this, the same shade of green I used for the little green cups on the foxglove flowers themselves.  Still using this, I couched the gold threads down properly, with stitches a millimetre or so apart, and finished off the ends on the back: 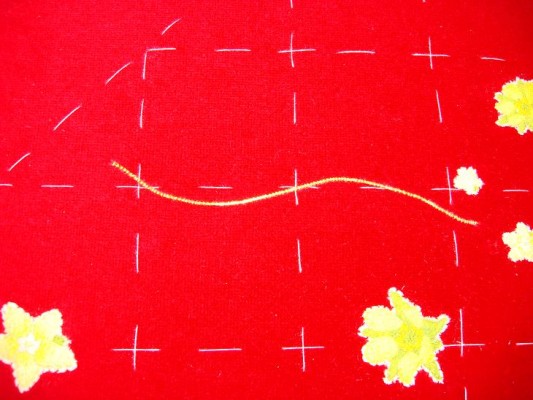 The foxglove is made of a lot of individual flowers, and I need to get them evenly spaced, so as with the ferns, I stitched down the top and bottom ones first, to set the overall size: 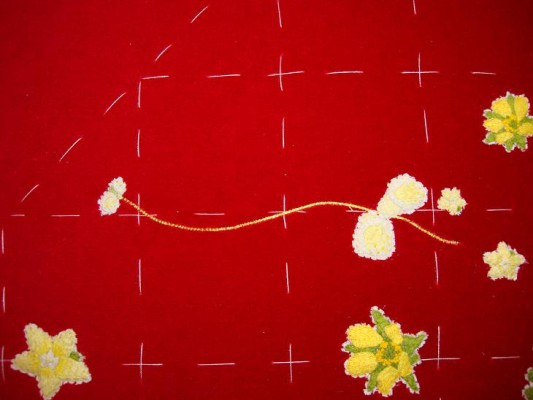 Then, to get an idea of how to space them out, I laid the roughly cut out flowers on it and took a note of the spacing: 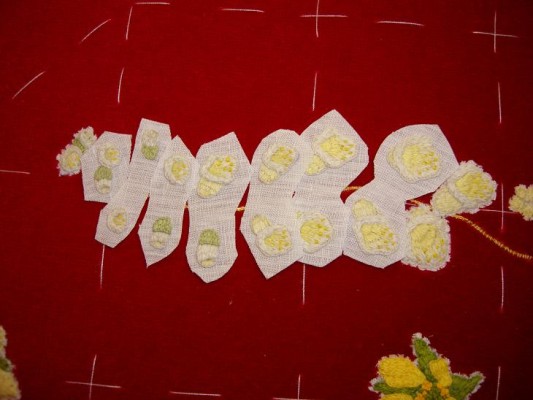 That seemed to work out ok, so I cut out the individual flowers, and laid them on the background too.  To make sure things shifted as little as possible before I came to stitch them down, I anchored each one in place with a couple of stitches at the stem end: 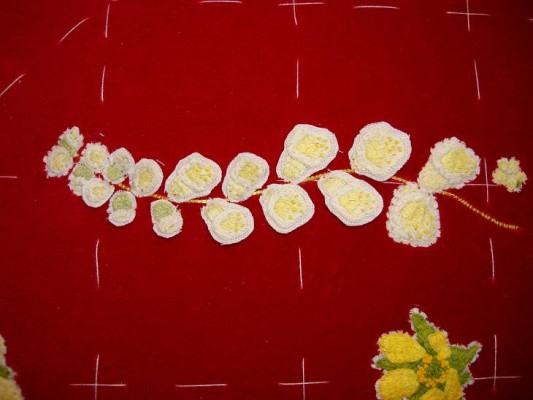 After that, it was a simple matter to stitch them down, using the same threads as their outline, i.e. 1409 for the green bits and 0101 for the flowers themselves: 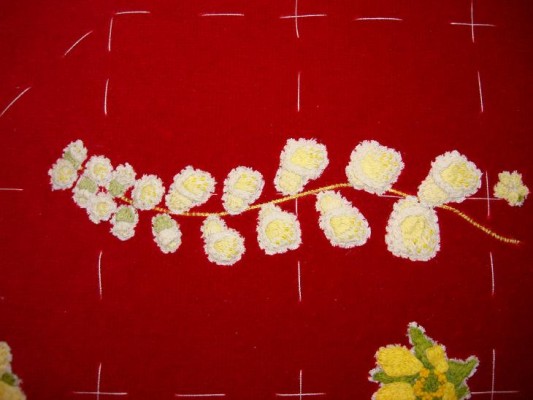 I’m quite pleased – I think they work nicely.

So, here are all the flowers added up to now: 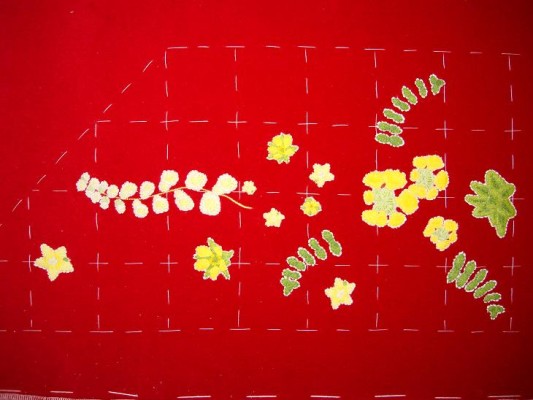 2 comments on “Applying the first foxglove”