The International Festival of Electronic Arts, Music and Moving Image – the AV Festival – is currently running at venues across North East England, and last night I went to the AV Late & Live event. This was a chance to see all the exhibitions running in Sunderland as part of the Festival in one packed evening, and it was really fun. Some things I thought were better than others, inevitably, I suppose. The one I’d particularly wanted to see was really good, as expected, but a different one was unexpectedly terrific, and the hit of the night as far as I was concerned.

It was very well attended, and what must have been almost a hundred of us were loaded onto buses and taken to the first venue, the Reg Vardy Gallery, to see The Jump Films by Mark Neville. According to the artist statement, these short films ‘explore the relationship between performance art and documentation that survives it’, but I’m afraid I didn’t get it: to me, it was a man throwing himself in a pond.
I got on better with the next exhibition, at the National Glass Centre. This also features videos, in this case one of workers in a glass factory in the 1970s, a retired glass worker talking about his life recorded in the 1980s (I ran out of time and didn’t watch that one), and my favourite, a new piece entitled Glass Struggle, a silent black and white film in which the artist, Mat Fleming, made a glass hammer and sickle. 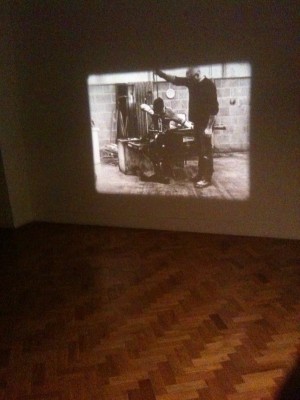 The resulting items were also on display, and whatever your political leanings, they did look beautiful. 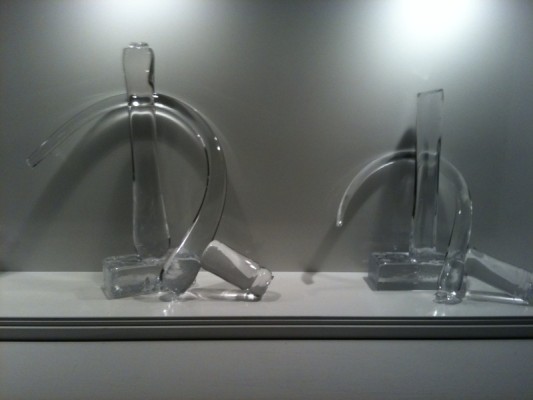 We then headed back to the city centre, and a sound and video sculpture based on wind turbines, Wind Phase, by the American artist Bill Fontana at The Place. I attended a talk he gave last summer where he discussed his work and gave hints about this new piece, so it was good to find out how it ended.
Next to the highlight of the evening, in the semi-derelict Athenaeum Building, above the Pilgrim pub. This was entitled Incandescent, by an artist collective called SDNA, and consisted of a ring of light bulbs hanging from the ceiling. 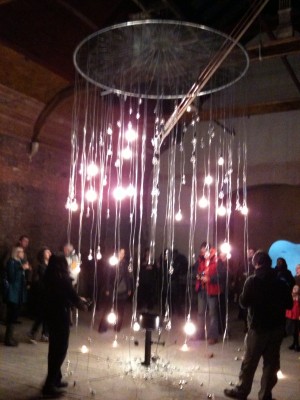 This was equipped with sensors, so how many of the bulbs lit up depended on how close people got; the closer we went, the more lit up. If we got too close, a bulb fell down a chute in the centre and smashed, while a brief video of bulbs suddenly played in the background. This may not sound much, but it was great! It was really effective in the space, and I l0ved it, as I think did everyone else. There was a cheer every time a bulb smashed!
We then went to the Northern Gallery for Contemporary Art, and the Semiconductor video installation, which is what I’d mainly gone for. I do like their work, and I wasn’t disappointed; they were showing Magnetic Movie, my favourite of their short films, and which I’ve only seen in a low-res online version before, so it was good to see it in a decent setting.
Finally, to the Winter Gardens, for Buddha Machines, by Simon Fisher Turner. This is a series of small music players concealed amongst the plants in the Gardens, playing musical and ambient sound loops. 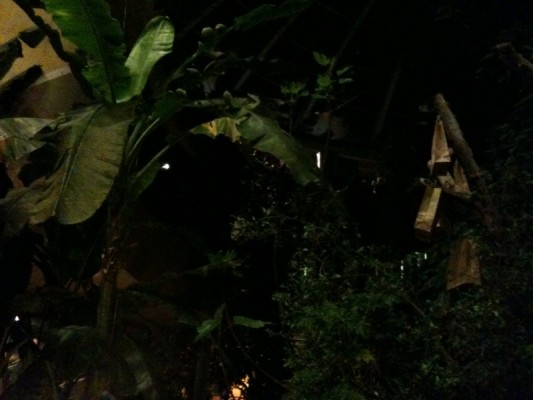 I think this could have been very effective, but unfortunately there was a lot of talking over the top of it, which spoiled the effect somewhat, which was a shame.
It was a terrific evening, which I thoroughly enjoyed. If you’re in the area and would like to see any of these events or any of the others in the Festival you need to be quick: it’s on until this Sunday, 14 March.