In between scrubbing the kitchen after the builders, I’ve been stitching a few beads on here and there, and have now added the beads to all the sections of the shell form.  There were a lot more than you’d think – a lot more than I thought, at least!

Here’s the final section, with all its beads: 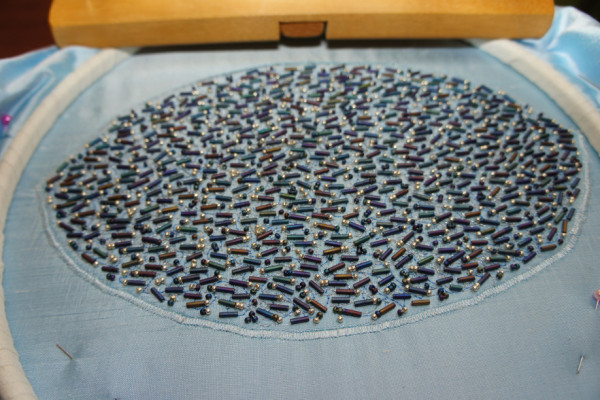 It’s in a 30cm (12″) hoop, which given an idea of the scale.  It also shows the colours rather nicely, though not the sparkle from the silver beads and machine stitching.

Here are all nine sections: 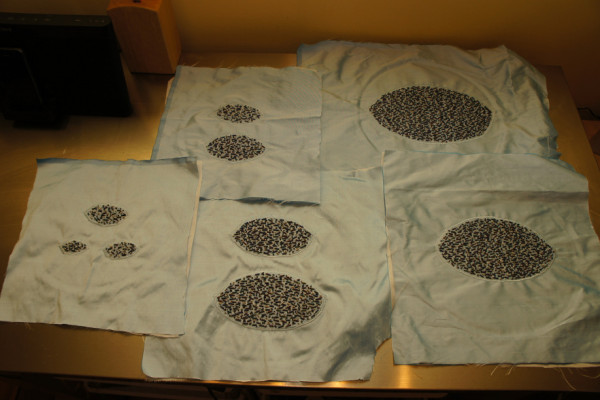 Each one needs to be cut out, but to try and prevent fraying and to keep the silk dupion background fabric and the cotton lawn lining together, I zigzag machine stitched rouund the edge of each one, leaving a small margin: 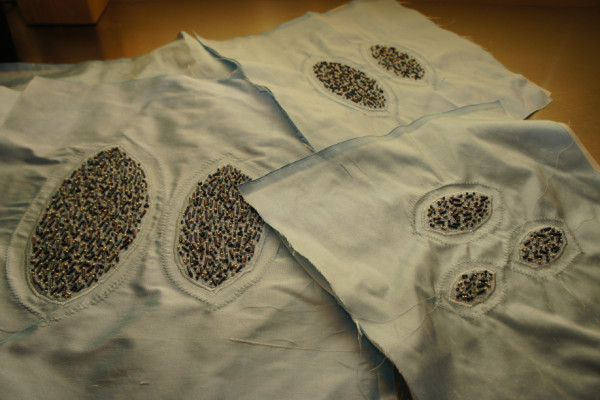 Once that was done, I could cut them all out: 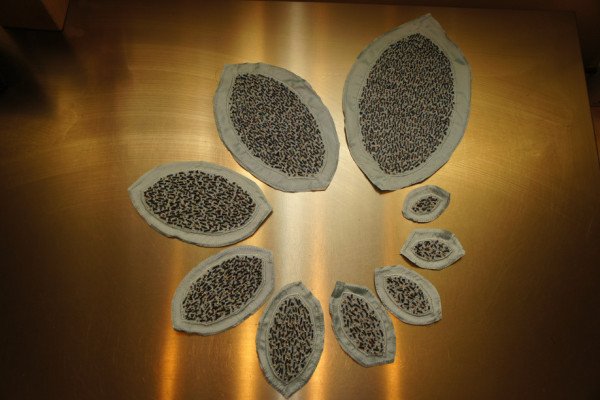 I’ve kept all the silk offcuts for use in appliqué or something in the future.  I just couldn’t bring myself to throw them away!

Next, I need to mount them on something, to stiffen them a bit.

For anyone who’s interested, the extension is coming along fine, and I’m now half way through the build (two weeks out of four).  Apart from a frozen water pipe in the first week it all seems to be going as well as could be hoped and is all on schedule.  The basic blockwork structure is up and the roof joists in place, so the coming week should see the roof finished and a start made on the interior.