I’m making rather slow progress on my new project, mostly because I’m not putting anything like as much work into it as I did the Banner.  It’s rather nice having a few evenings off!  I am making some progress though, as you’ll see.

In my attempt to do something as unlike the Banner as possible, I’m going to add some beading.

This is completely free, with no attempt at a pattern or overall design, other than more or less pointing in the same direction: 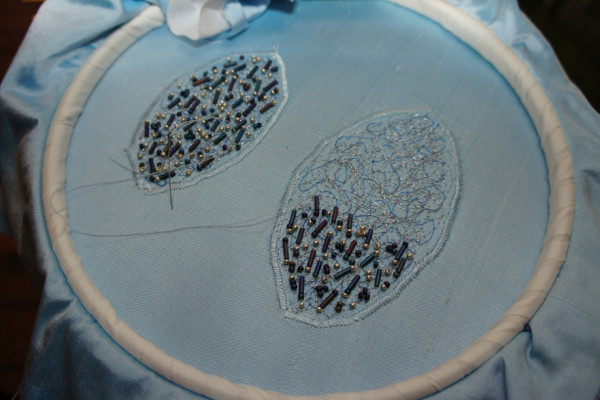 As you can see, it’s just random, with bugle beads and seed beads in the same iridescent blue, and silver seed beads too, over the top of the free machine stitching.

The iridescent beads are very pretty, with quite a bit of variation in the colours: 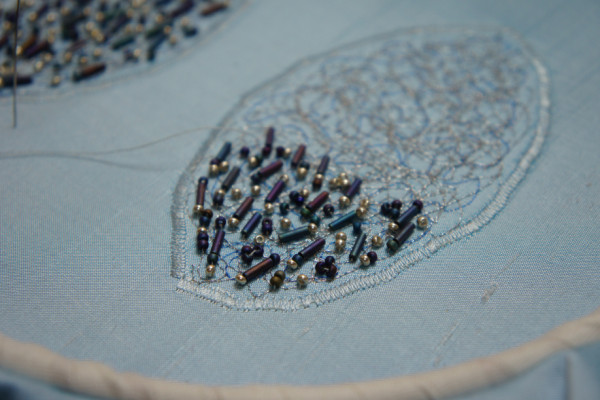 There’s quite an area to cover, with all the sections of the shell shape, so I could be on with this for some time!