As before, I primed the surface of the stone with a sealer meant for stone tiles – it’s colourless and matt, and so doesn’t show up at all, but will stop the paint from sinking into the stone.  I then applied a layer of gesso to the areas to be painted: 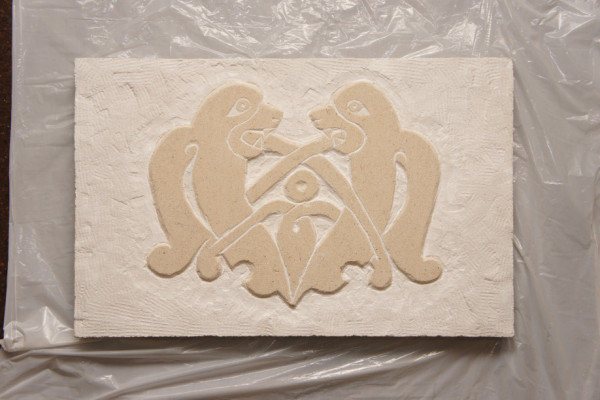 As you can see, that’s all the carved areas; the intention is to leave the uncarved design as the natural stone.

I’m using the same light gold acrylic paint as for Wow (well I like gold!), and did the fiddly bits in the centre first, with a fine brush: 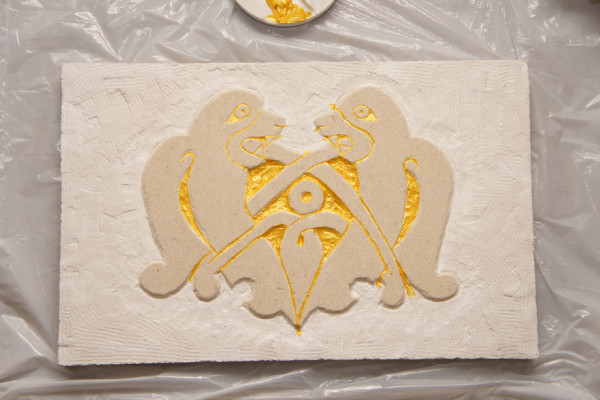 Then the outline of the dogs: 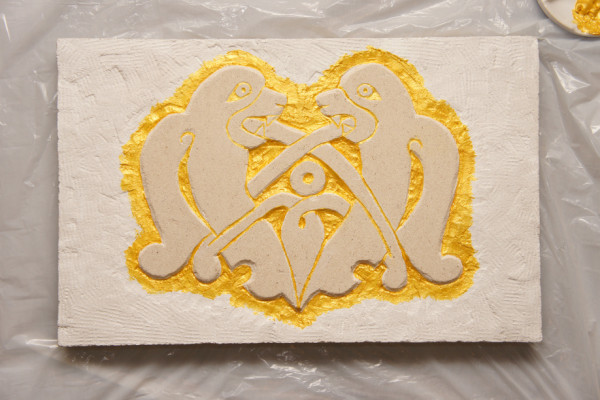 Then finished off the rest of the background: 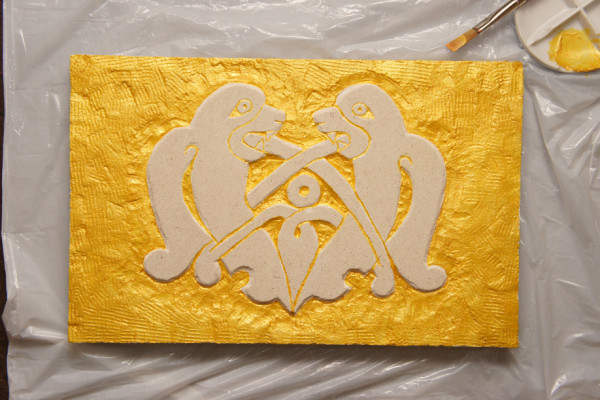 It looks quite yellow in the photo, though in real life it does have a proper shine to it. 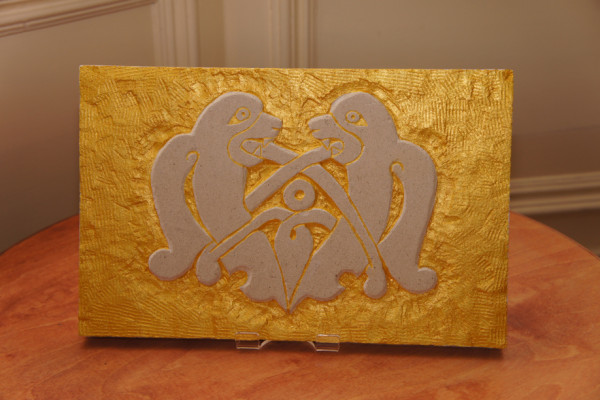