The spiral design is being worked by couching a metallic passing thread, i.e. laying the thread on the surface of the fabric and over-stitching it with a second thread.  This begs the obvious question: what do you do with the ends?

And for this, there are a lot of ends: 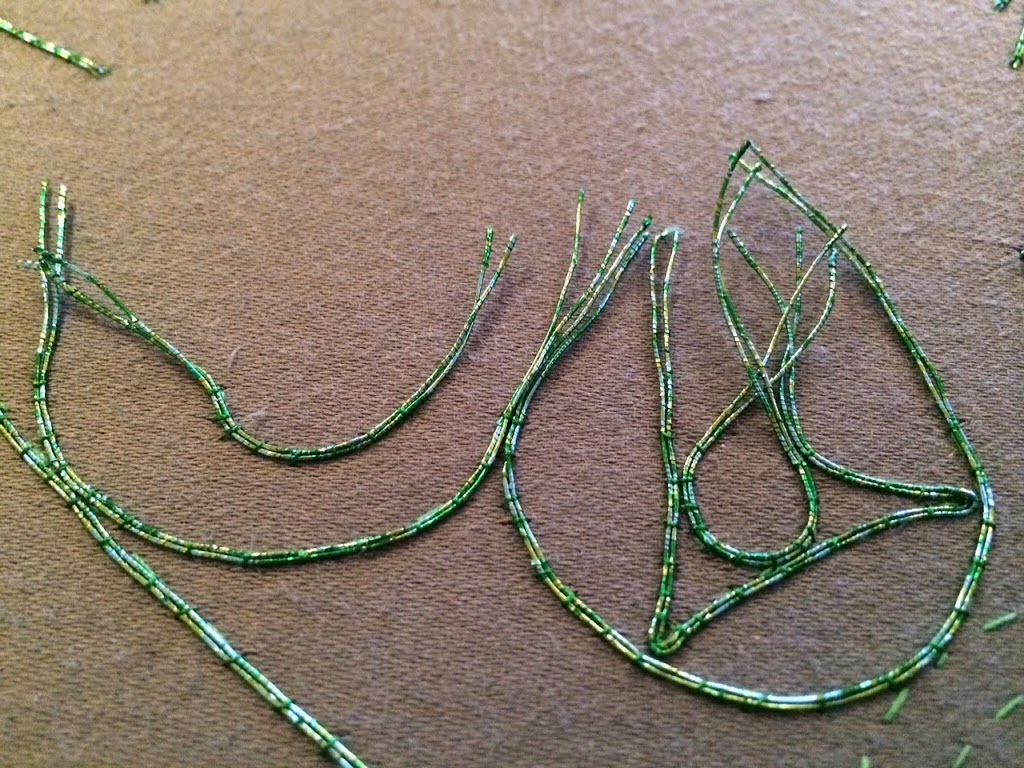 That’s just a very small part of the total design, but you can see how many ends of threads there are.  I don’t want them looking messy and getting in the way, so they need to be finished off somehow.  For both neatness and security, I do this by taking them though to the back of the fabric.

To get the ends through to the back, I use a large needle with a loop of sewing thread in it.  The end to be taken through, or plunged, goes through the loop: 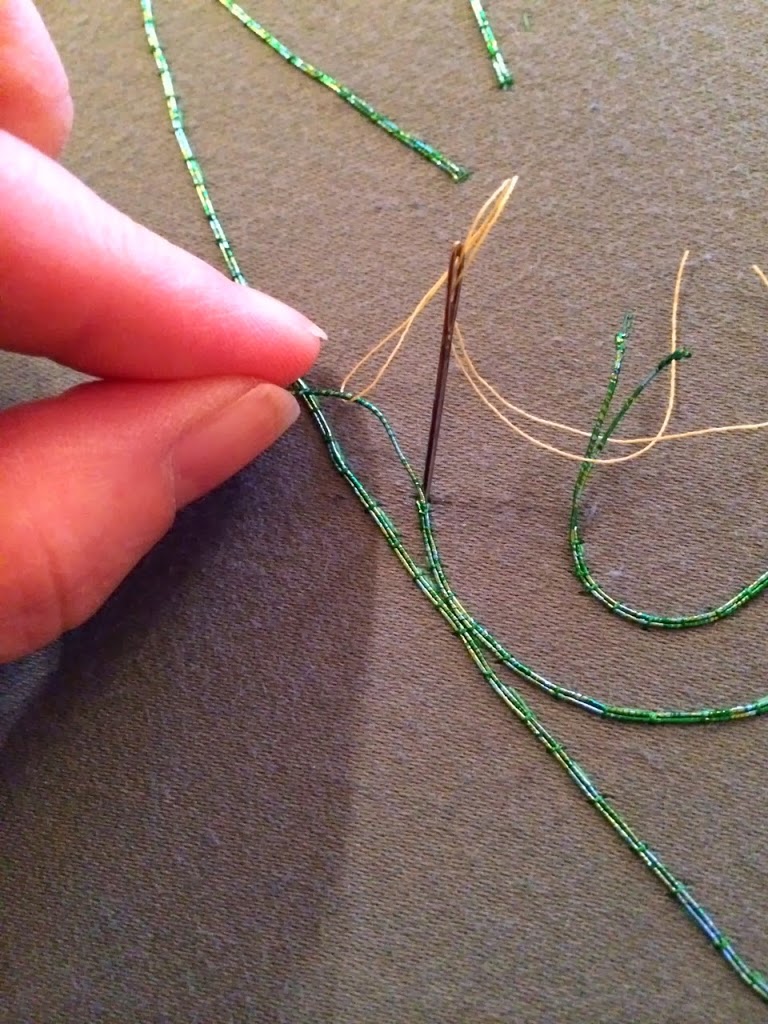 The needle is pulled through so that the loop pulls the end to the fabric surface, leaving a bit of a loop of ‘end’: 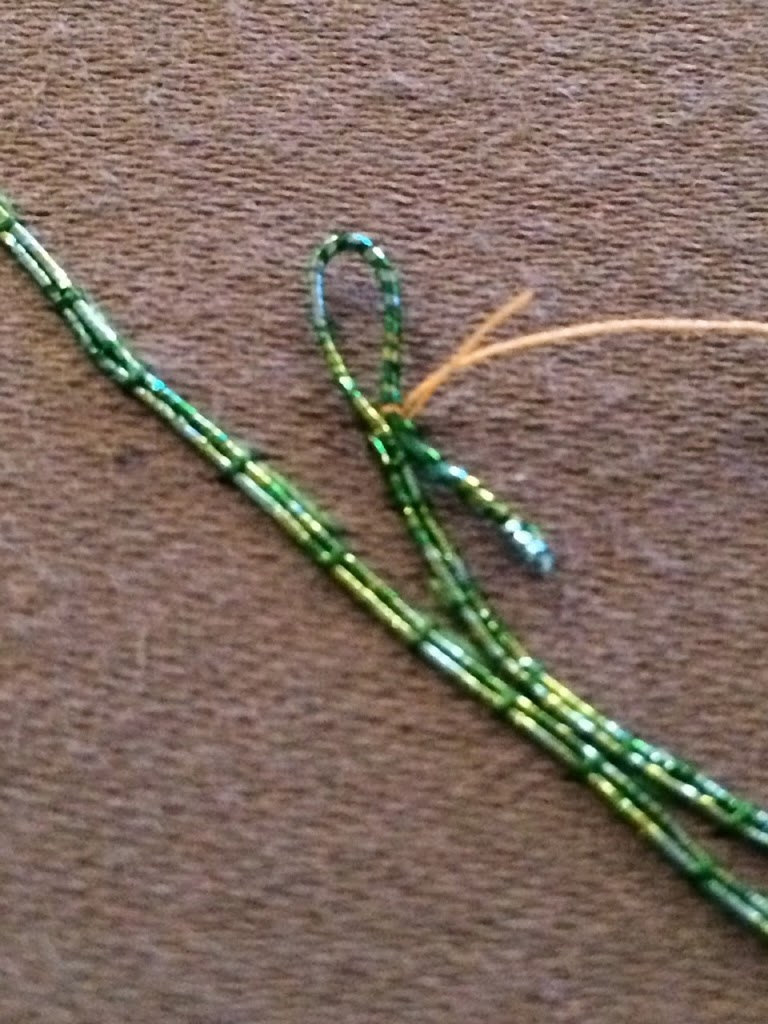 Then with a good firm tug, it’s gone! 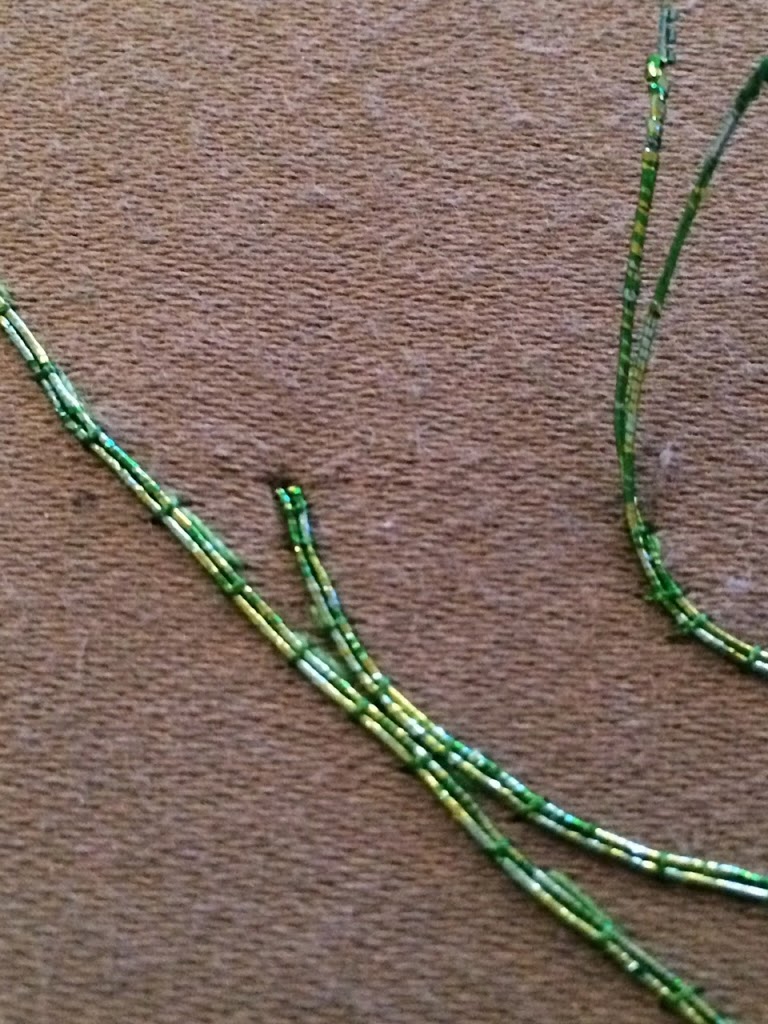 Once all the ends are through to the back, though, there’s still work to do:

Each set of ends is oversewn down, along the line of the couched thread on the surface: 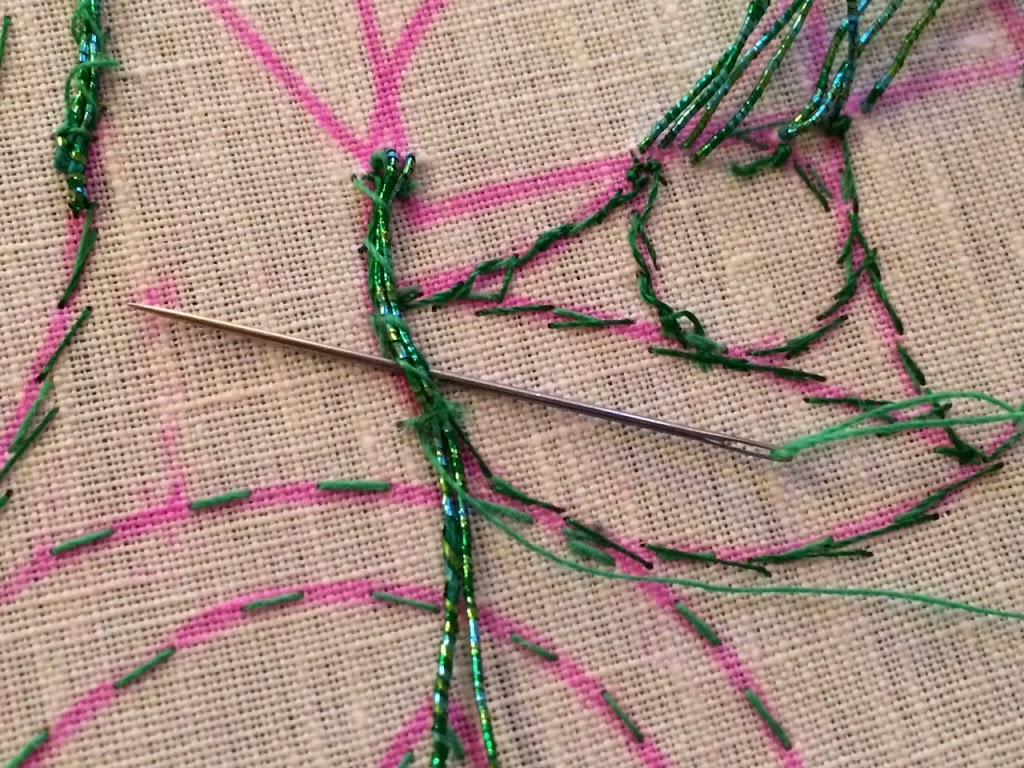 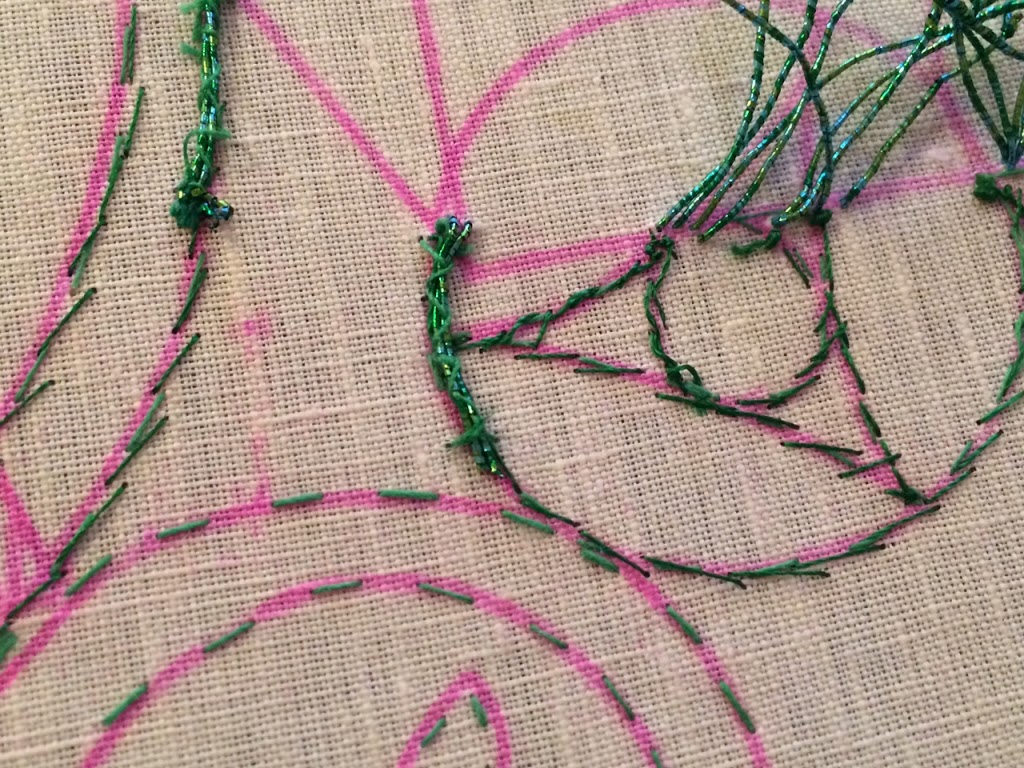 I usually stitch down about 1.5 cm (a bit over half an inch) of the ends, to be sure that they won’t unravel and make an unwanted appearance back on the top, and I use cotton sewing thread instead of the rayon I’m using for the couching as it’s stronger.

All the ends, neatly finished off: 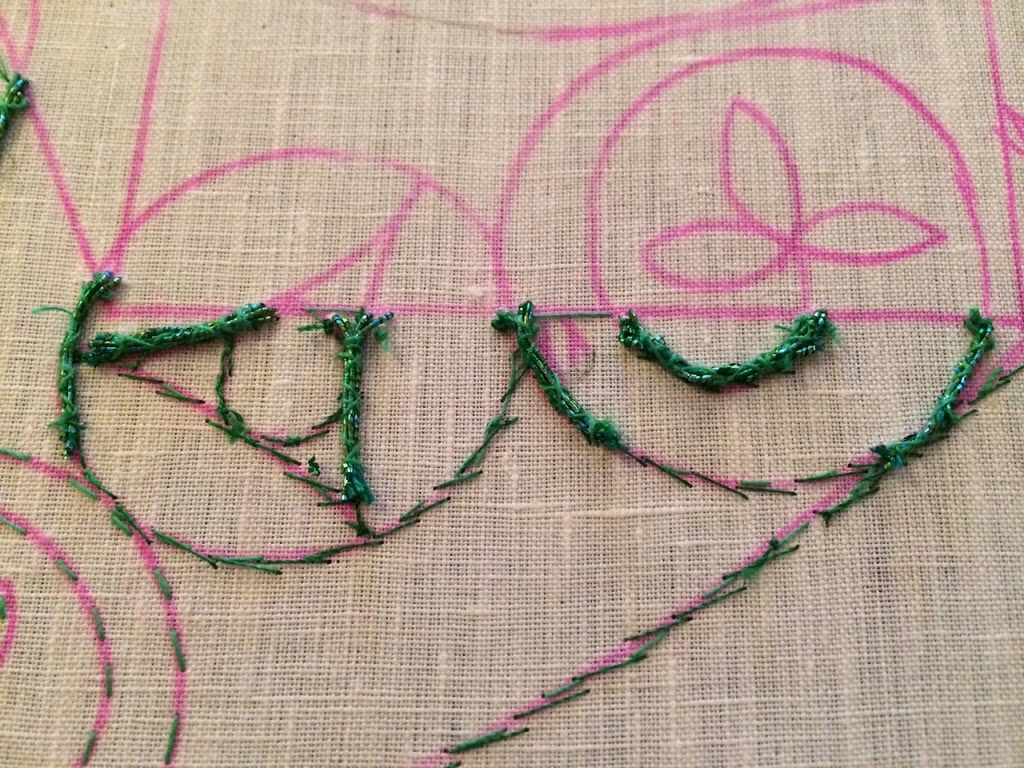 And nice neat spirals on the surface: 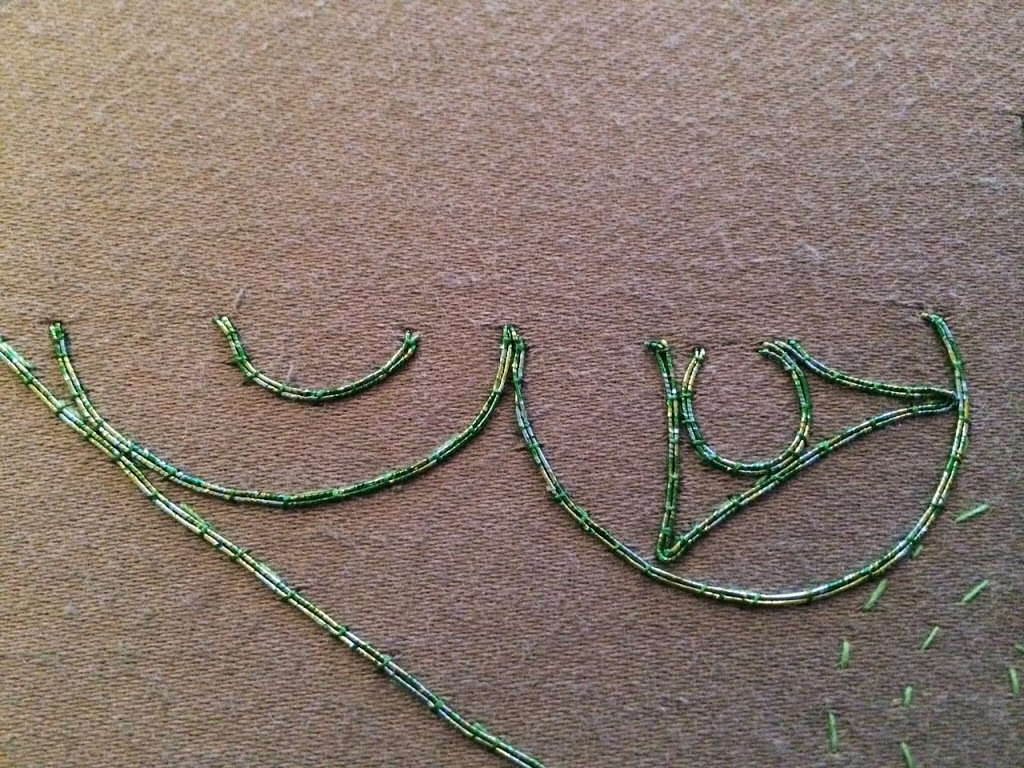