The cowslips are easily the fiddliest of all the flowers.  They’re pretty, but fiddly.  You may remember that I gave up all hope of cutting out all of the gaps between the individual flowers on the flower heads, and filled in the smaller ones with stitching in a red thread to match the velvet background.  Now I’ve come to edge them, not only to I need to couch the gold thread around the real edge, but also the pretend one, around the stitched red infill. Fiddly!

I’ve already edged the leaves, as they’re straightforward, so here are the cowslip flowers, ready to start: 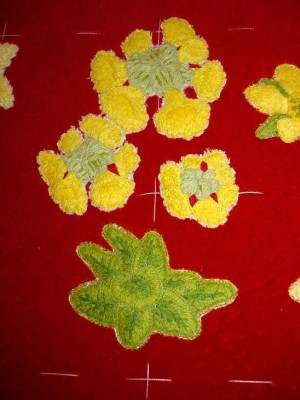 Starting with the smallest of the flowers, I couched the gold around the outside of one of the stitched infill areas, even though it’s not on a cut edge.  As some of the flower heads overlap others, this dictated which way round I needed to go: 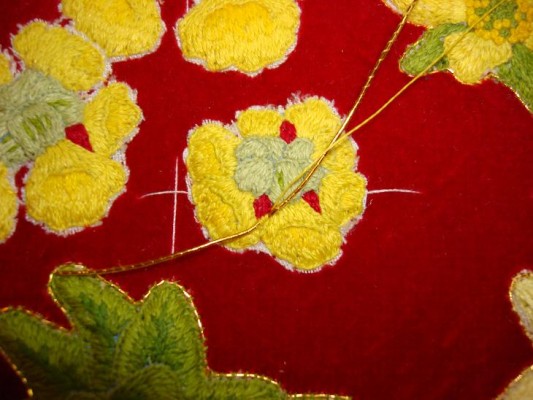 Once I’d gone around this area, I reached the genuine edge, and could start couching round that: 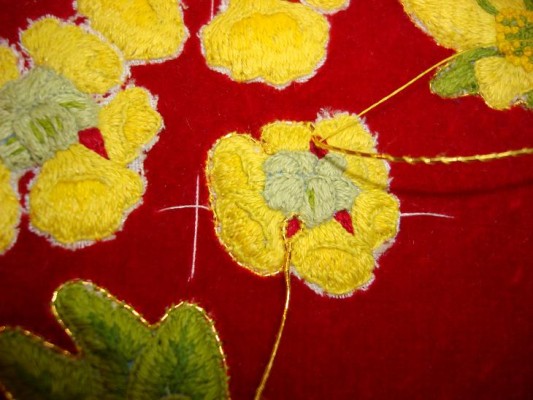 It’s quite a complicated shape, with a few ins and outs, though the size of this flower (about 1″ or 2.5cm in diameter) means that there’s not room to do anything too fancy.

I followed the edge of the flowers, rather than the cut edge, all the way round.  The final flower head is behind the ones next to it, so that needed to be done with a separate piece of gold thread. Here’s the final flower, finished and neatened: 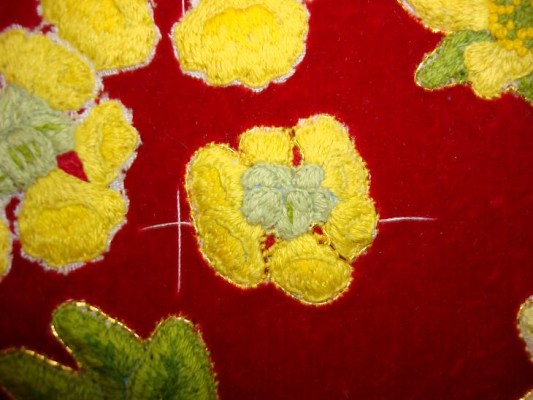 The other flower heads are the same, though as they’re larger, it’s a bit easier to see what’s going on.  Here’s the second flower, partially worked: 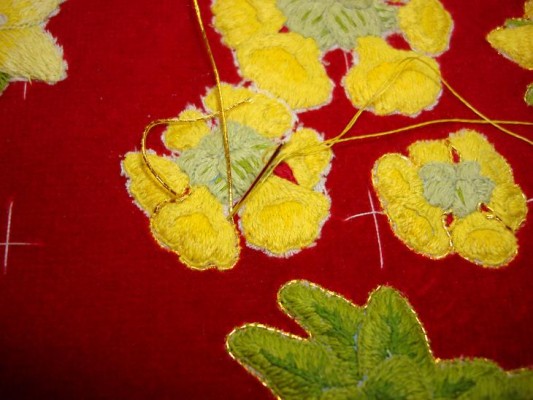 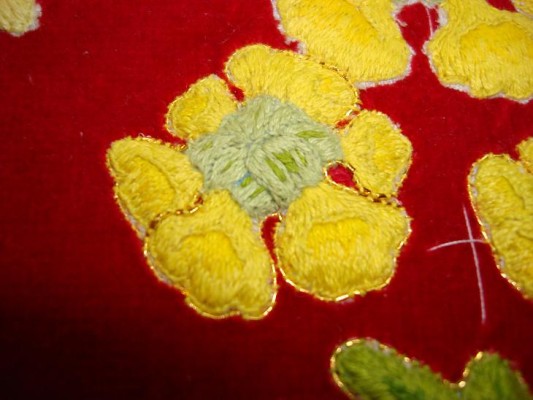 The third and largest of the flower heads is behind the second one, so the edging had to reflect that, starting and finishing on either side of it: 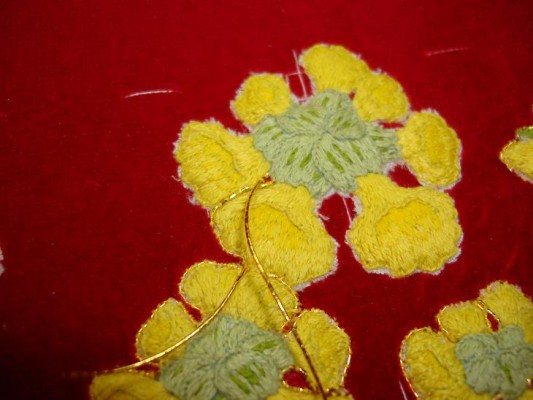 And again, here it is finished off:

And finally, the completed cowslip: 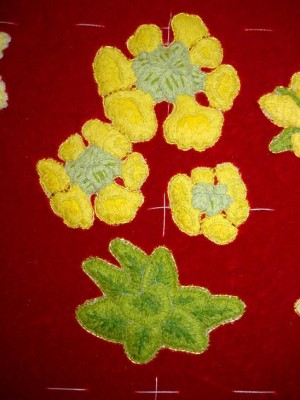 Now that all the edges are neatened, I bet you can’t tell which red bits are stitched and which are velvet!