Things have been really hectic at work leading up to a new product launch, which happened today, but which won’t be of much interest to you unless you happen to work in the construction industry.  Late nights at the office have meant rather less time for sewing, but I’ve done bits when I can, and am very happy to say that I have now done the last ever ferns.  Even better, there were not only fewer of them than for the last couple of panels, but fewer than there ought to have been.

What do I mean by that?  Well, you may recall that throughout I’ve been hopeless at either tracing or stitching the right number of leaves, and ended up with more than I needed.  I saved these up, however, and the spare leaves make up most of two whole ferns: 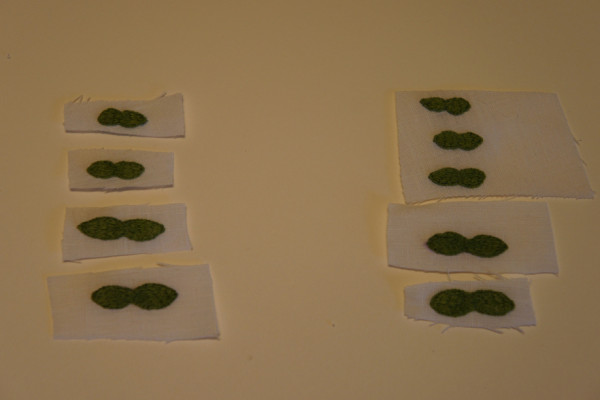 All I needed to finish them off are a couple of trefoil tops and an extra leaf.

A also had a spare transfer for one fern (I miscounted an entire fern at one point), so I just needed to make new transfers for three full ones and the additional bits: 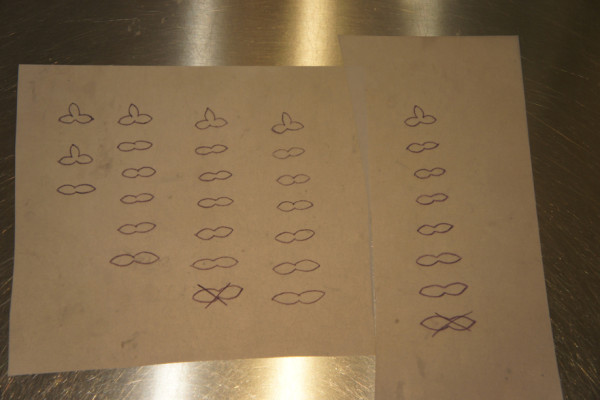 Going out with a flourish, I managed to miscount the number of leaves on one of them again, but at least I spotted this in time (or at least I think so; we may find I’ve gone hopelessly wrong one last time when I come to stitch them to the background).

Ironed on, framed up, and ready to go: 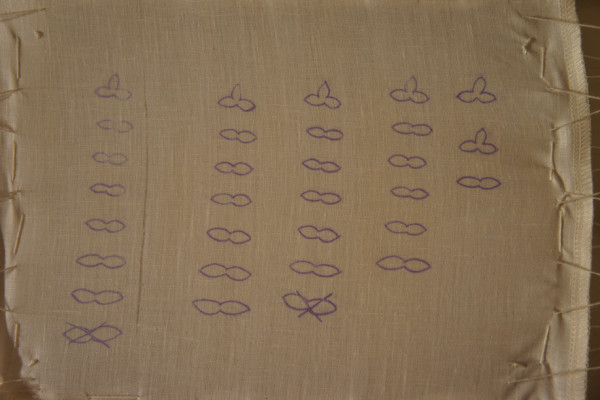 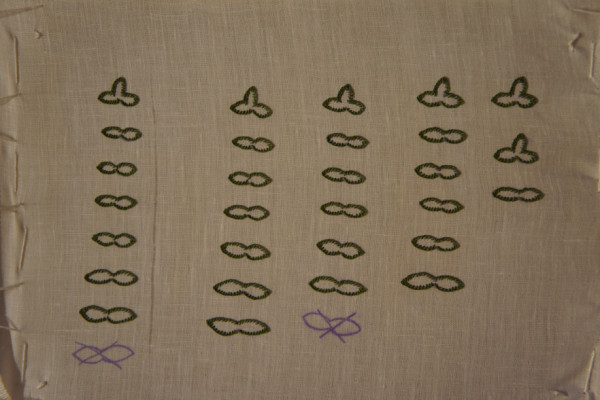 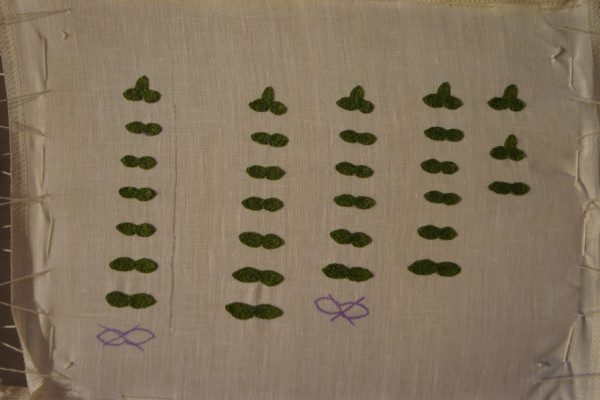 (By the way, apologies for the ungrammatical ‘St Cuthberts Banner’ label; the new version of Blogger insists that the apostrophe in the label is an ‘&’ and won’t allow it.  Go figure.)

3 comments on “Final (and fewer) ferns”