It had honestly never occurred to me until now just how many of my designs are circular.  Not all of them, of course, but quite a number.  I wonder why?  While I ponder that, and plod along with Spirograph III, I’ll show you a series of four embroideries I did a few years ago, all of them, you guessed it, circular.

They’re on the theme of the classical four elements: fire, water, earth and air.  Two of them, Water and Earth, use traditional Celtic design ideas, while Fire and Air are original contemporary designs, but hopefully with a Celtic feel to them.

The first, and my favourite, is Fire: 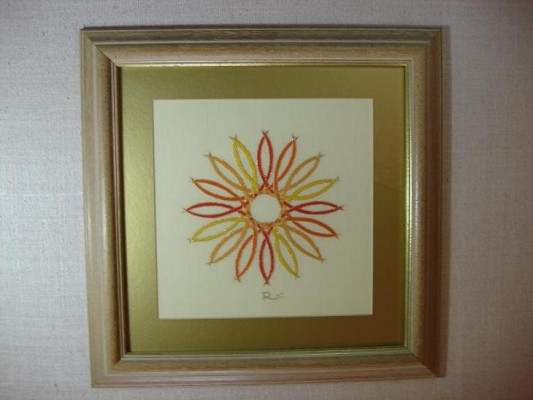 This is worked in gold chain stitch for the outline, filled in with split stitch in four colours, shading from a fairly pale yellow to a strong red.  It isn’t one continuous line, but four identical looped crosses overlaid at an angle to each other.  Where they overlap in the centre, I tried to keep to the strict under-over-under-over of Celtic knotwork.  You can see better in a close-up (and with apologies for the more than usually poor photo): 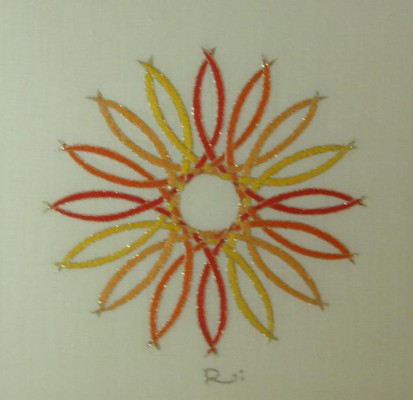 I like this design a lot.  I’ve never used it again for anything else, but I think maybe I should.