No, I don’t have a successful pop career I’ve been keeping from you, this is the ‘unnamed goldwork project’ I mentioned in my last post.

I wanted something straightforward to stitch next to a display on St Cuthbert’s Banner at the recent Embroiderers’ Guild Sunderland Branch afternoon tea, so I used an off-cut of the Banner velvet, and stitched a disc in simple couched imitation Japanese gold thread, as in the central cross on the Banner itself (plus a small amount of appliqué in the centre, for a bit of interest).

This is how it ended up: 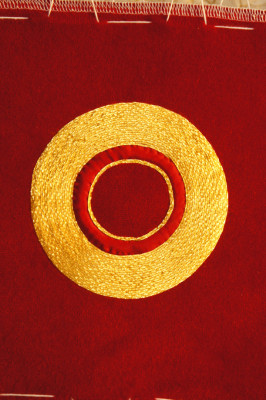 I quite liked it, and decided to finish it off somehow.  For lack of anything much else to do with it, I stretched it round a cork table mat. From the back you can see that there was very little fabric to work with at the edges in a couple of places: 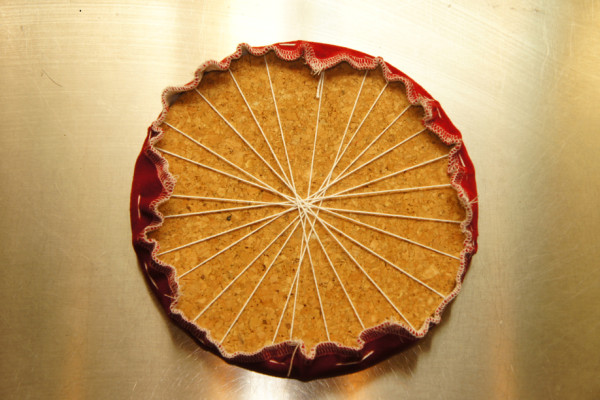 And from the front, frustratingly, you can tell that this meant that try as I might I couldn’t get it properly centred: 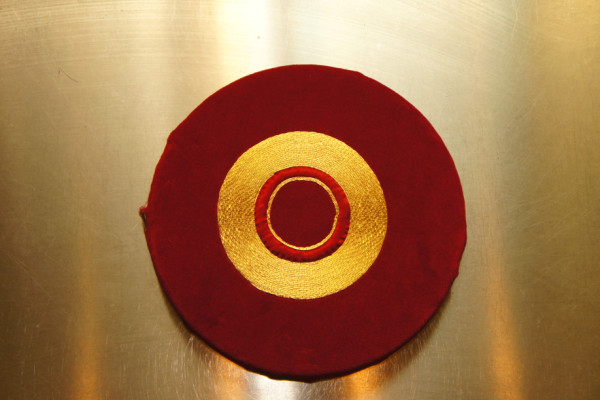 I tried to rectify this by cutting the mat down with a craft knife and lacing it up again, but I’m not sure – I don’t think the edge is smooth enough: 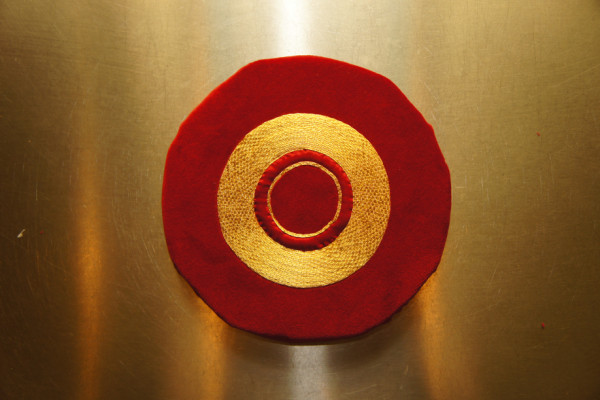 I put a back on it to finish it off: 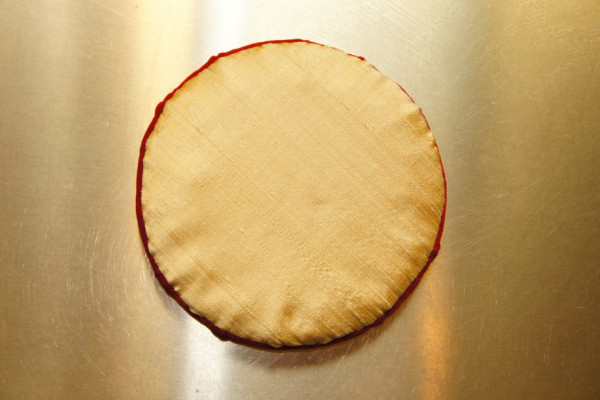 And photographed a bit better: 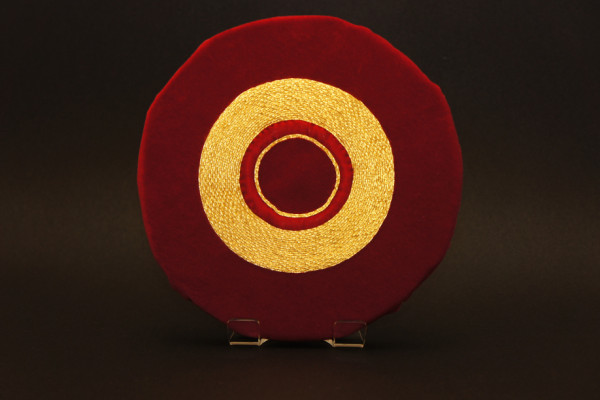 Still, I like the gold disc itself – I think that could be worth exploring further.