There are quite a lot of ferns on the side panels, and I’m afraid they’re still not my favourite to do.  The eagle-eyed amongst you when studying the Banner design may have counted up nine ferns on the left panel.  If so, you either more eagle-eyed or better at arithmetic than me, as I managed to miscount the number on the bottom panel and stitched one more than I needed to.  I was annoyed about this at first, until it occurred to me that it meant I had one less to stitch later on.  So, carrying that one over, I just have eight to do now instead.

And here are half of them: 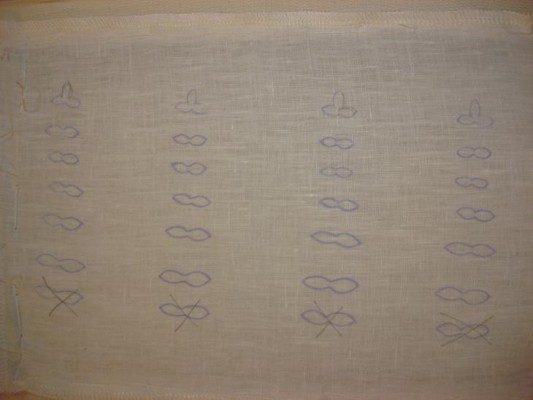 When stitching the previous lot of ferns onto the background fabric of the bottom panel, I was struggling to fit all of the leaves into the space, and in all bar one case, left one leaf out.  So, I’m going to miss out one leaf per fern at the stitching stage this time, which is why the bottom one is crossed out.  I thought I’d better leave myself a prominent reminder, or I’d end up stitching them anyway by mistake!

So, having found a way to save myself a bit of work at least, here they all are: 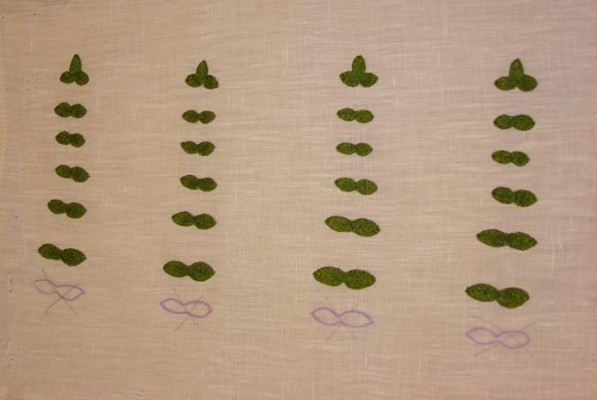 There’s still another four to do, but at least that’s half of them out of the way.

Next, it’s a brand new flower, the foxglove.