This really should have occurred to me before, but after someone emailed me to ask how I drew the spirals, it finally dawned on me that not everyone would know what a Spirograph was.  That was a pretty big assumption on my part, so sorry about that, but better late than never – here’s a quick lesson in spiral drawing.

Firstly, there is no maths involved, or at least not on my part; if anyone is interested in the mathematics behind the  spirals (Ruth M, if you’re reading, this means you!), there’s an overview of it on Wikipedia, but to be honest I haven’t actually read it.  I’m working at a far more basic level, and as the Spirograph was intended as a child’s toy, that’s pretty basic. 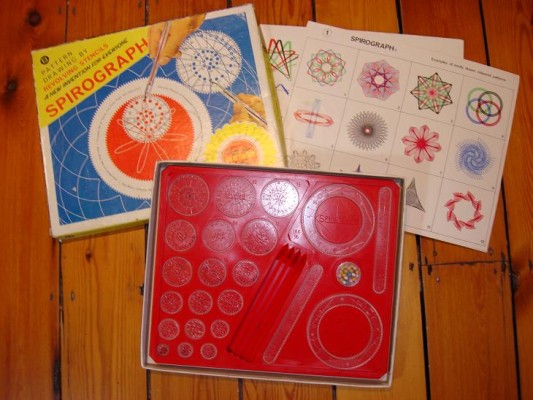 I had one of these as a child, but it’s now long gone, and even if it was discovered lurking in my parents’ attic, I would probably have lost half the bits, so when I decided to explore Spirograph spirals as part of my design work, I bought one on eBay.  By the look of the box, this one must date from the late 1960s, but I think they’re still being made in some form now.

The original pens and paper are missing here, but everything else is still in place.  The important bits are the series of toothed rings and discs: 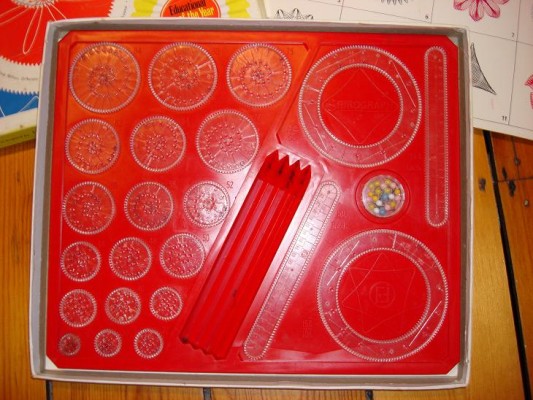 These can be used in combination in a variety of ways, but to draw a basic spiral, I’ve used one of the rings, pinned to a cork mat through the holes provided for the purpose, and one of the small discs. 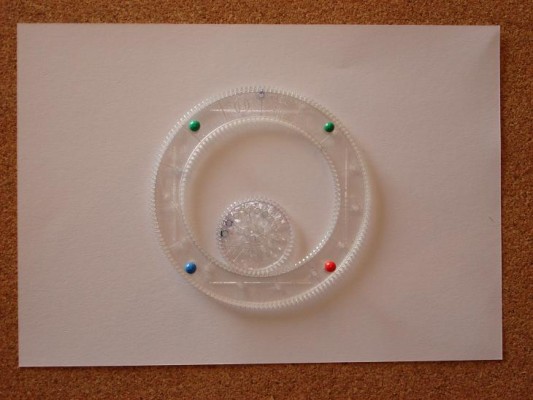 Larger holes are for a pen, which is also used to propel the disc around the ring: 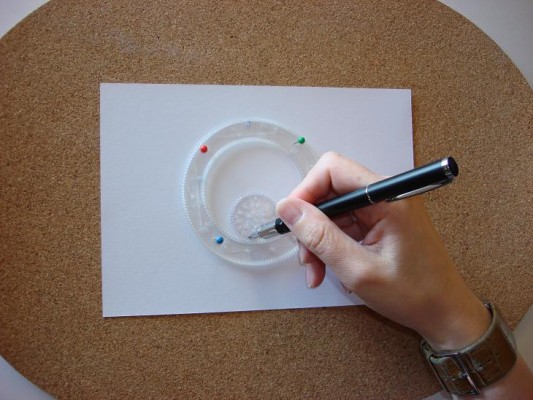 The blurb on the box claims that all sorts of horribly complicated patterns are “easily drawn”.  Don’t believe it! 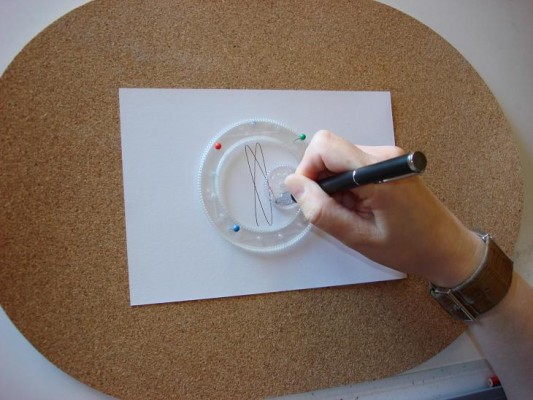 It takes a steady hand and, in my experience at least, several attempts, to produce anything presentable. 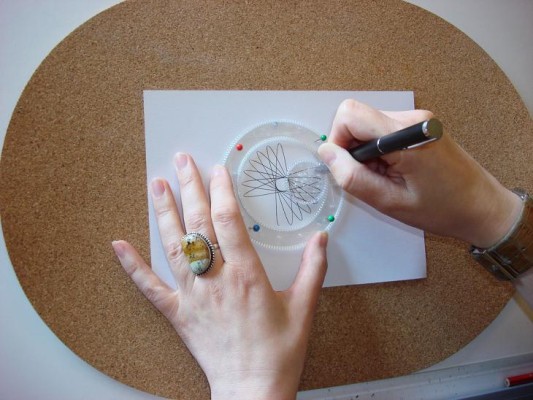 As the disc is pushed round the ring with the pen, it naturally follows the line governed by the interlocking teeth.  It helps to take it quite steadily and not to rush, as if the disc jumps out of the teeth, you may as well give it up and start again. 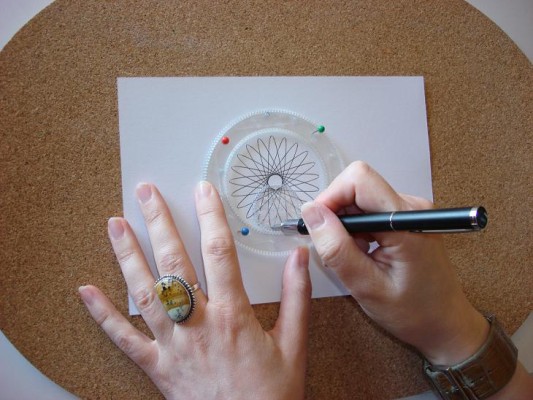 But all being well, you’ll end up back where you started, with a nice neat spiral, in this case a 21-pointed star: 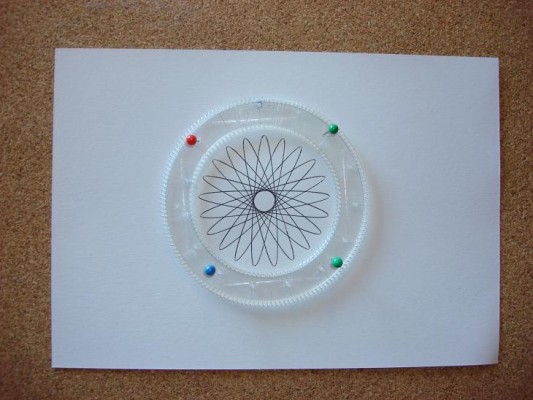 And with the ring removed: 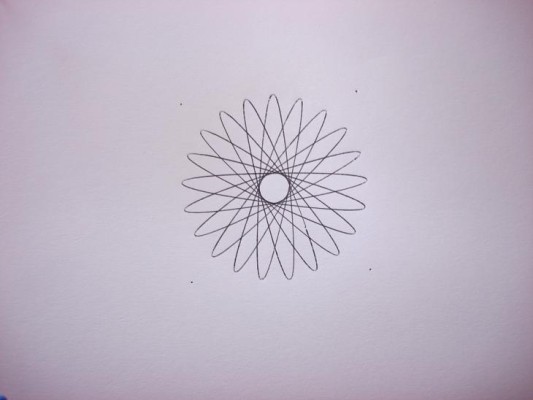 As you can tell from the photos with my hands in, these are fairly small, and in the olden days that would have been it.  Happily, I can now do more – I scan the spirals, and can resize and reposition them to form my designs.  Easy!

2 comments on “How to draw a Spirograph spiral”