Before I get onto the assembly of the final piece, I wanted to point something out about the design.  It is of course a grid pattern, based on one used in the Lindisfarne Gospels and on contemporary stone crosses.  On the top of the piece, I did my best to keep this as accurate as possible, conforming to the grid closely:

However, I didn’t want the sides to be that formal.  Unusually for me, as I usually have things very precisely planned before I start work, I wasn’t quite sure what I wanted to do, and changed my mind at the last moment.

Initially, when I was drawing up the designs, I’d pictured the sides with the same grid, but less of it: 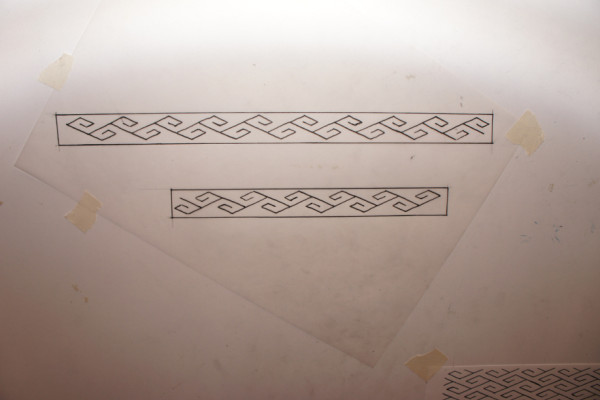 I wasn’t happy with this, though – it didn’t cover the area as I wanted – so I redrew it using the grid to cover all the space: 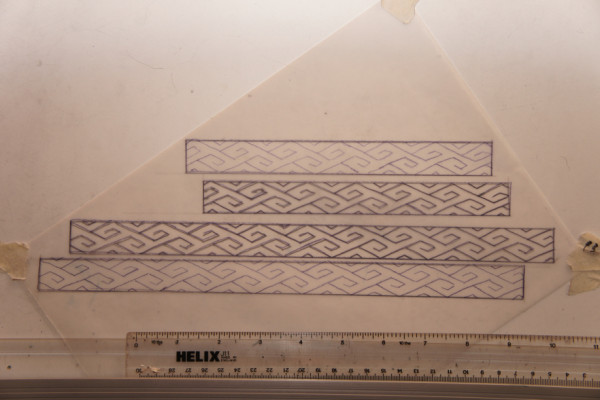 Even this wasn’t quite right, though.  When I started work I realised that what I wanted was the same grid, but loose, as though it was falling apart.  Drawing a deliberately ‘loose’ grid and sticking to it rigidly seemed to be missing the point, however, so I marked up the background with the design, and then as I stitched deliberately didn’t stick to it, but just used it as a guide to the overall pattern.  This felt an odd thing to do, and wasn’t as easy as it sounds, believe me!

It did however give me the effect I wanted: 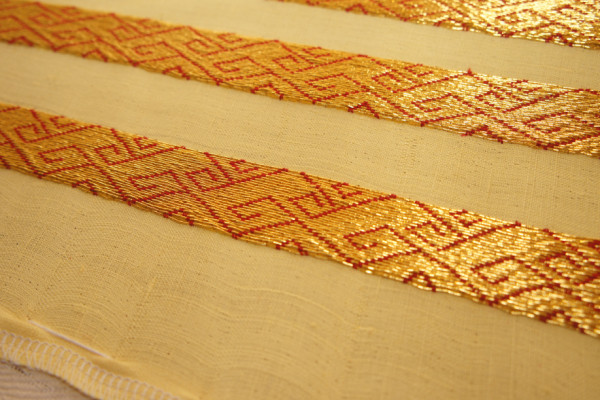 You can see that the angles are slightly off and things don’t quite align: the grid, but not quite the grid.  The intention is that when it’s assembled, the grid will fall over the edge and start to break down.  We’ll see how well that works as I put it together!

One comment on “Lindisfarne Stones: a note on the design”