Happy New Year!  I hope it’s a peaceful and prosperous one for everyone.

In reflective mood, I’ve been looking back at what I achieved, on the embroidery front, in 2010, and I must admit to being pretty pleased with it.  There’s no knowing what the future holds, of course, but it could turn out to have been a landmark year for me, with a couple of major steps forward.  Time will tell.

I started the year by finishing a project – Kate’s Crow: 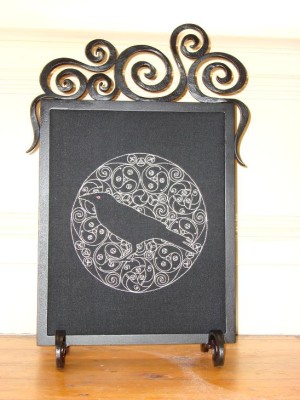 This is (or will be, very soon) a birthday present for my sister, Kate, and it immediately became a favourite of mine from all the work I’ve done.  I’m glad it’ll be going to a good home!  I designed the firescreen frame, but it was made, beautifully, by Little Newsham Forge, and it was a very exciting day when I saw the completed piece for the first time.

I had ideas for a small exhibition sometime later in the year, and after my first ideas just didn’t work out (and I’m still not telling you what they were!), I decided on a series of three goldwork hangings using designs based on Spirograph spirals.  These ended up as panels rather than hangings, and look quite dramatic: 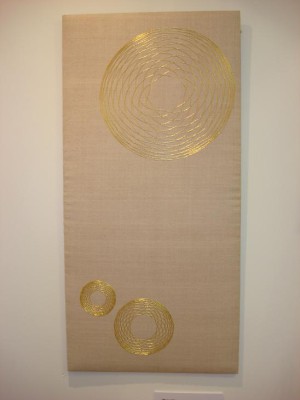 Just for fun, and as a bit of break from miles and miles of goldwork, I made a couple of appliqué cushions, which I rather like: 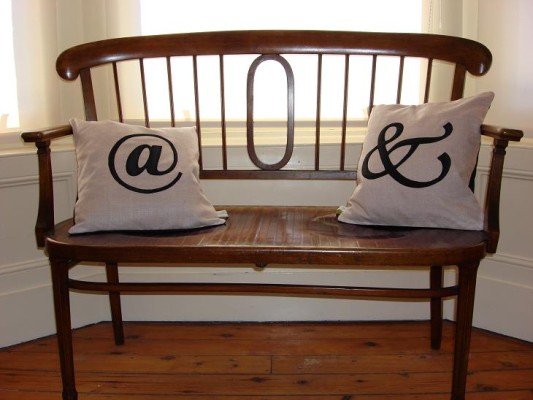 A friend said they look “very designery”!  I think this is a good thing… 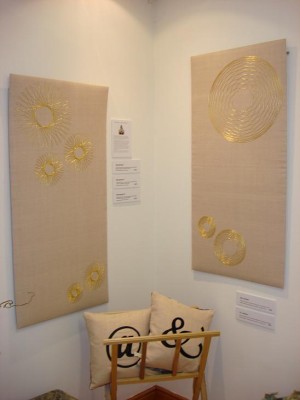 The awful weather put a bit of a dent in some of the gallery’s plans, but with Spring just around the corner (I sincerely hope), it’d be great to think that this could bring my work to a wider audience.

The year’s big story, though, was the return of St Cuthbert’s Banner.  This is the biggest and most prestigious commission I’ve ever had, and it’s both an honour and a pleasure to be making it, even if it has rather taken over my life.  The year ended on a high, with the completion of the bottom panel of the front of the Banner: 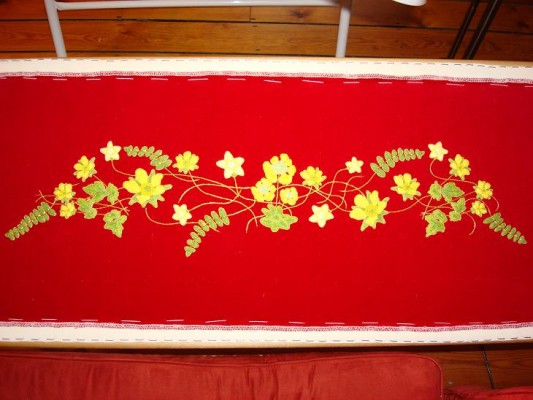 So, what does 2011 have in store?  A lot more to do on the Banner, which won’t leave much time for anything else, which in a way is a shame as there a couple of things I would very much like to do for the Embroiderer’s Guild – a Regional exhibition and a Branch project – but I doubt I’ll be able to, sadly.  Though maybe if I aim small I can squeeze them in.  We’ll see!

And we’ll see what else turns up too.  Who knows what I’ll be looking forward to in 2012!