This weekend is the UK Maker Faire, held at the Centre for Life in Newcastle upon Tyne.  This is the second time I’ve been (I went to the last one, in 2011), and it’s great!  There’s loads to see and do, and what I’ve got to show here is just a fraction, but I hope will give you a flavour of the day.

Starting outside the building, there was the fire breathing robot dragon back again: 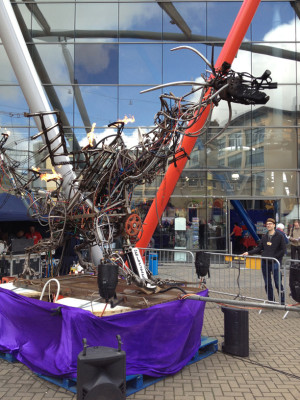 This time accompanied by a robot horse, complete with (living) jockey: 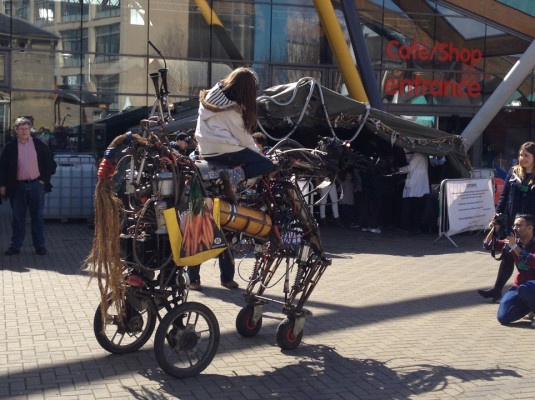 There was the Noisy Toys tent: 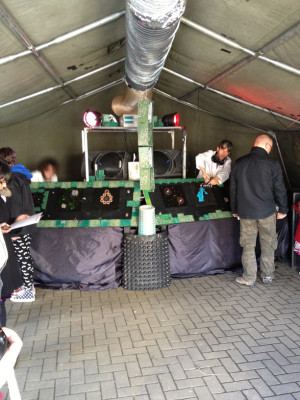 It may not look much, but it was LOUD!

Action painting (i.e. firing paint at a screen out of a small cannon): 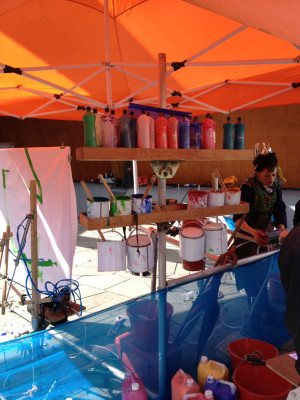 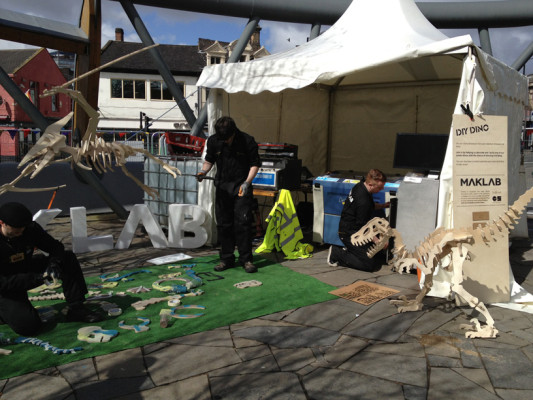 And I have no idea what this is or what it’s meant to do as I missed the advertised shows: 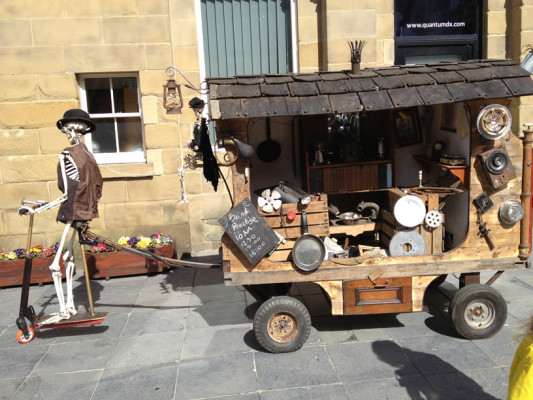 Indoors, there were of course the Daleks: 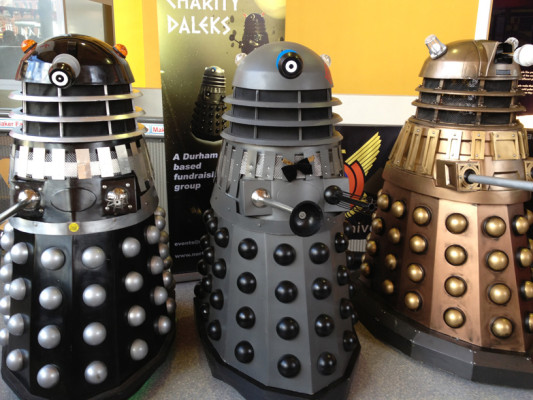 It wouldn’t seem right without them!

There was a lot of 3D printing this year, but this was a bit different – a 3D printer made from Lego and printing pancakes: 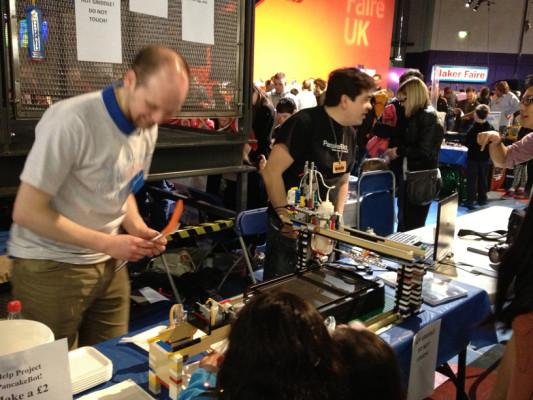 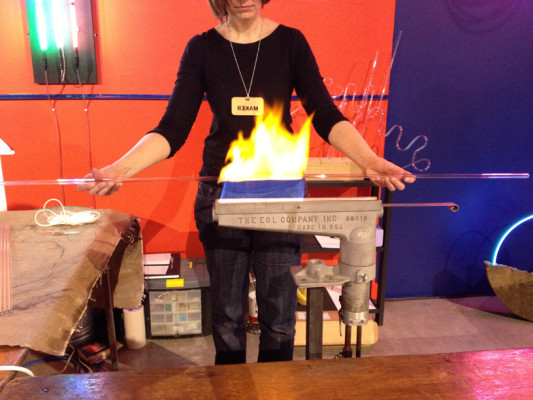 And alongside other works, had a neon tube baked in a cake: 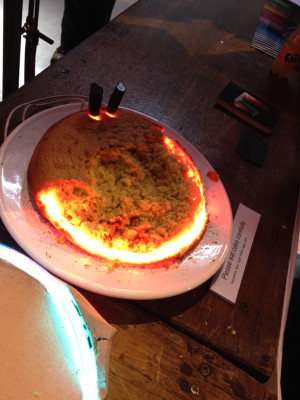 There were a lot of robots this year too, including, rather dodgily, some robot pole dancers: 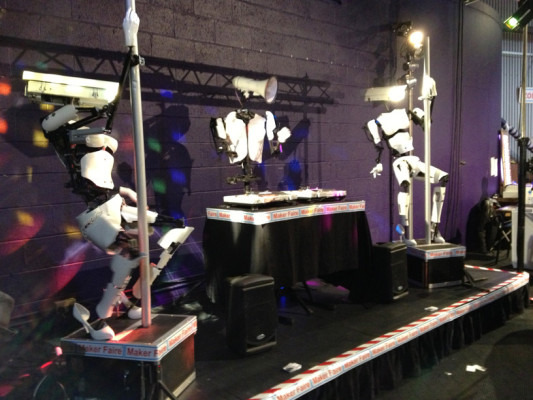 As my sister pointed out, this manages to demean women and robots simultaneously, which is quite a feat.

Moving on, textile crafts were represented too, with a quilting group present: 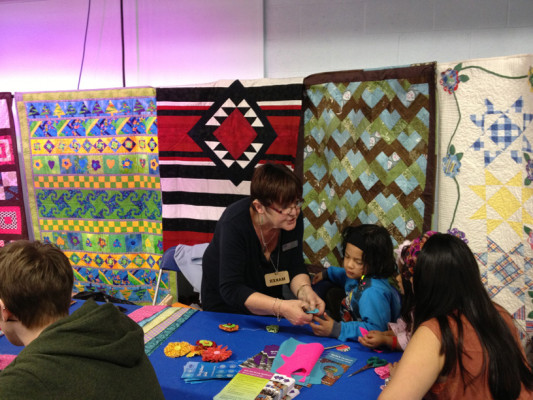 And another robot, this time knitting: 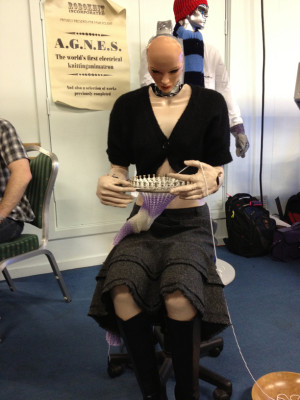 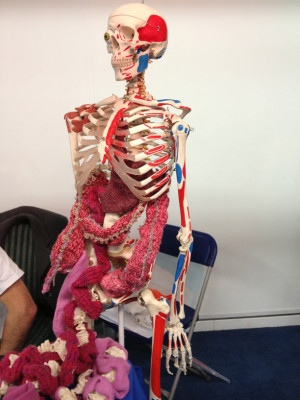 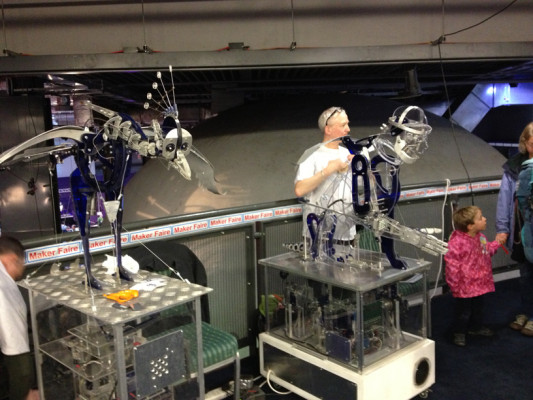 This is a musical instrument, the AlphaSphere: 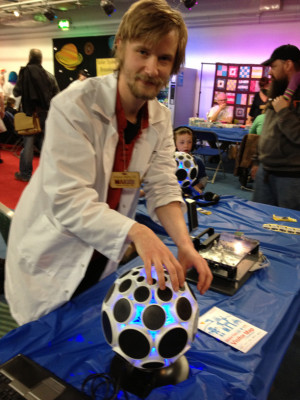 I’d expected it to be a sort of drum machine but it isn’t – it sounds like a synthesiser.  The chap giving the demonstration was playing some pretty impressive tunes with it.

This on the large National Museum of Computing stand took me back: 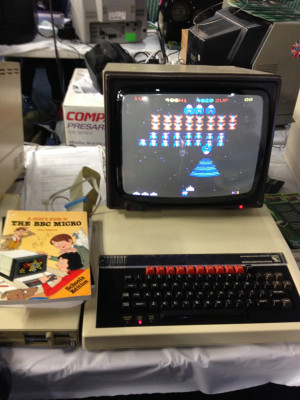 The BBC Micro.  Anyone in the UK of a certain age and of a geeky turn of mind (such as me) will remember the Beeb fondly.  In the real world I have a Masters degree in computer based information systems and job in web development and management, and it all started learning to code one of these in the 1980s.

With apologies for the blurry photo, the Raspberry Pi: 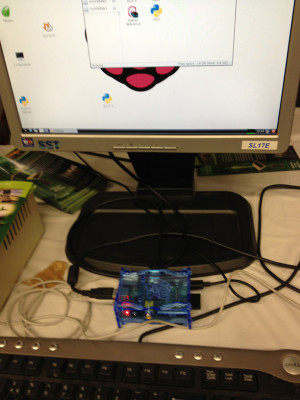 The hope is that this will inspire a new generation to learn to love computers, the way the BBC Micro did for so many of us.

Before I get too misty-eyed, a range of terrific 3D-printed bits and bobs from Shapeways: 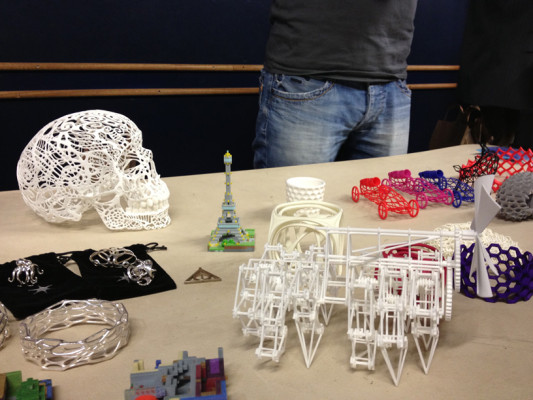 If you’re wondering, the thing at the front is a miniature Strandbeest; I want one!

Another robot, and despite the work that’s clearly been put into it, I found it really creepy: 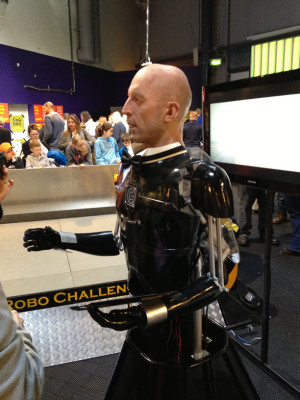 A big challenge for the makers of robots is going to be to get us to accept them, I think.

And finally, an overview of just part of the Faire: 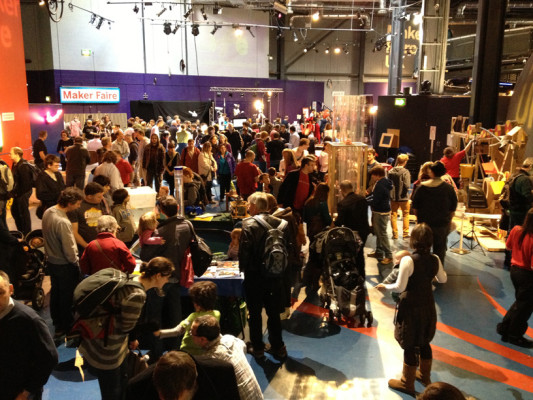 It was enormously good fun, and I can thoroughly recommend going to any held in your area.  I’m looking forward to the next UK one already!