I’ve had a lot of very nice comments about my stone carving attempts, so I thought you might be interested in seeing a bit more work on it.

I was very pleased with it, overall, but in certain lights, particularly when the light was directly from the front, the letters were quite difficult to see.  I’d noticed this during the course, and had had a word with Peter, the tutor, about painting them in.

Peter recommended sealing the stone first; limestone is quite porous, so without being sealed the paint would simply sink in.  This might not look too good, plus would make removing any mistakes a lot more difficult.  So, bearing this in mind, I headed to my local B&Q (a hardware chain store), and bought a bottle of stone tile sealer.  This specifically listed limestone as one of the things it can be used for, and so sounded ideal.

Having tried all of this on the back first, just in case, I first treated the surface with the seal, which dried to a completely colourless, matt finish: 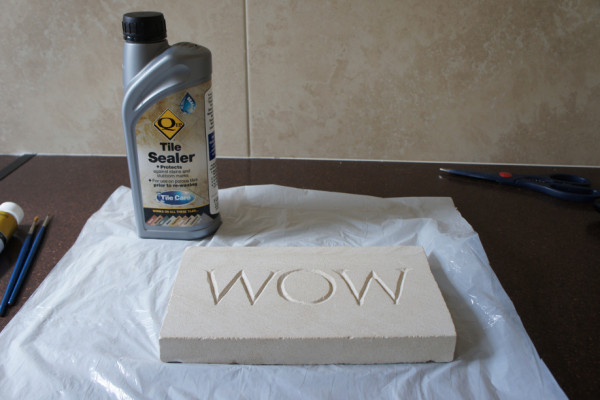 To try and minimise the possibility of mistakes, I put masking tape along all the straight bits, though there wasn’t going to be much I could do about the ‘O’ except be very careful: 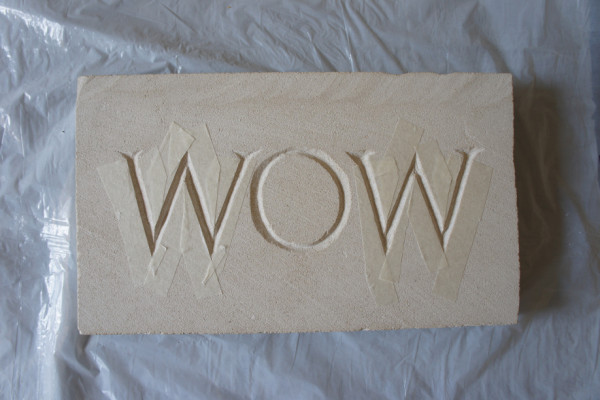 To prepare the surface as best as I could, I first painted the letters in with gesso: 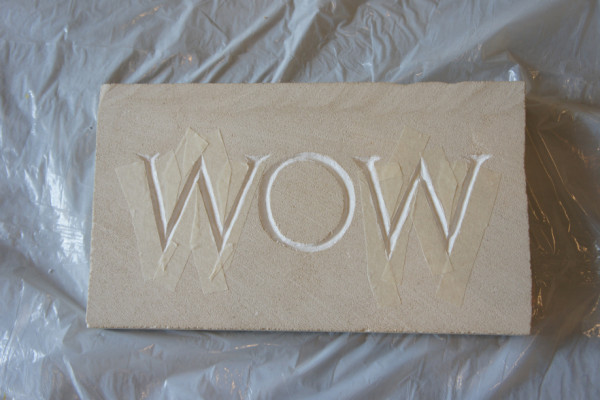 And then in gold: 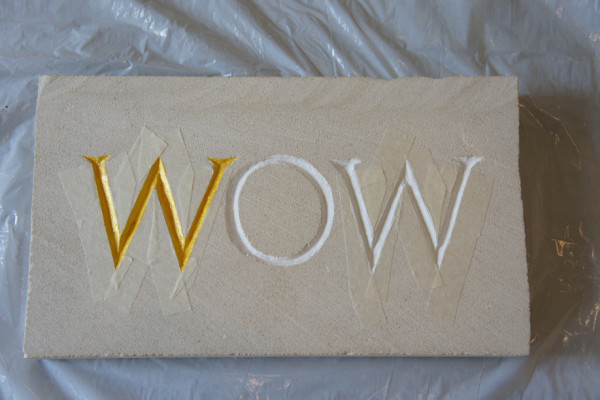 Well which colour did you think I’d pick!

The other two letters: 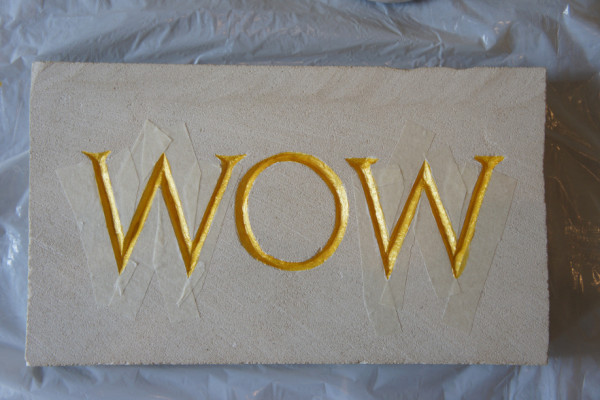 It looks quite yellow here, but it’s quite shiny and gold-looking in reality.

Finally, with the masking tape removed, and in sunlight: 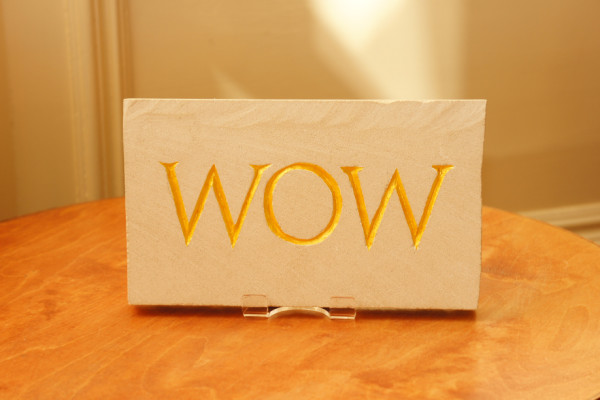 I’m very pleased with how it’s turned out; the letters are now visible in all lights, and still provide a good contrast of light and shade when the light is from the side.  Some of the wobblier edges are also now less obvious, as they weren’t painted, so that’s an improvement.

I’m still not planning on doing a great deal in stone, but I’ve enjoyed what I have done immensely and am very happy with what I’ve ended up with.  I think I might try some other crafts occasionally too…