Off we go with the stitching, starting with outlining the motifs in the design in a single line of split stitch using two strands of Madeira stranded cotton in appropriate colours. 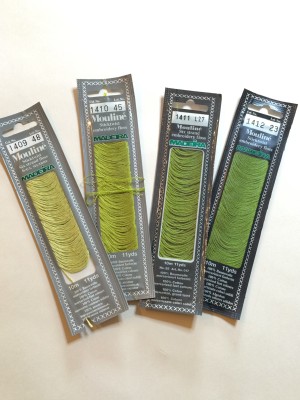 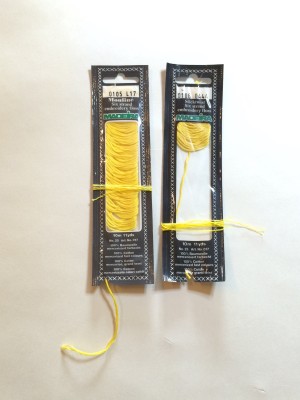 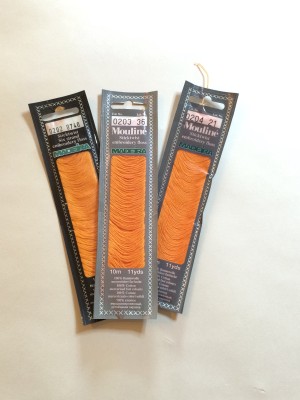 They look rather similar there, and there is I think less of a difference between the colours on the shade card than in others (the greens, for instance), but it is more pronounced that it appears in the photo so I should still be able to get shading effects.

That’s for later, though. Firstly, I’ve outlined the leaves in 1410: 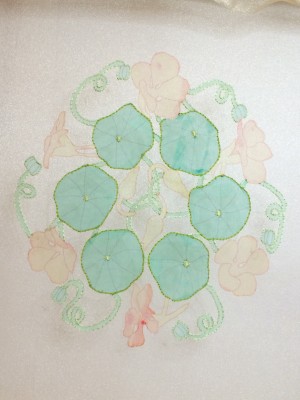 The spots in the centre of the leaves are in the same shade and I filled them in while I was on, as it would have been too much bother to come back to them later. 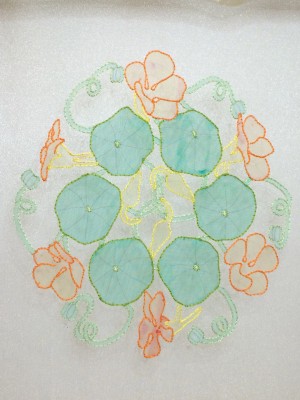 Ready to start filling in with embroidery.