There aren’t as many pearlworts and wood avens on the side panels as on the top and bottom ones, just one sheet of each.  Half of these go to the left of the central cowslip, mostly quite close to it.

The first one is quite central, next to a fern: 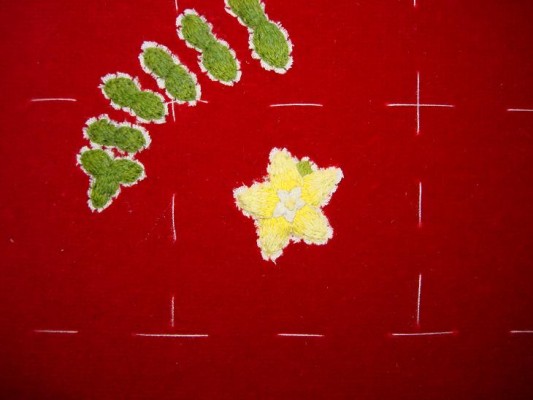 Three more are clustered quite close together.  Here they are cut out roughly, to get the positioning right: 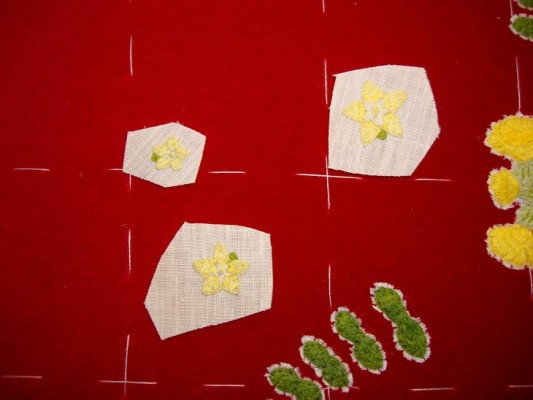 And here they are applied to the background. 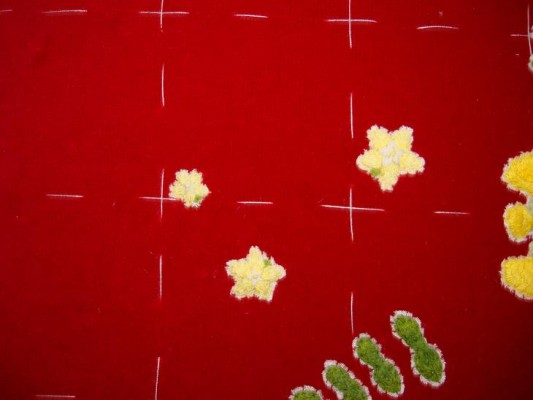 The smallest of the three is really tiny, by the way – less than a centimetre across.

There was also one lone pearlwort, over towards the edge of the panel: 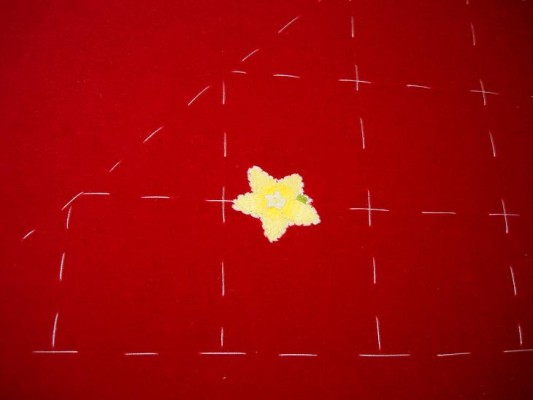 So, all the pearlworts, three ferns and  a cowslip: 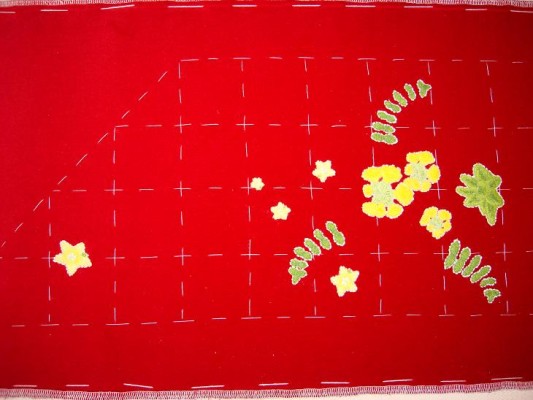 There are just three wood avens to go on the left hand side, also part of the little cluster of small flowers: 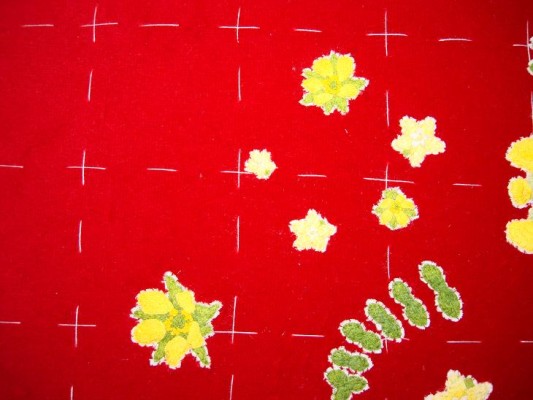 And work so far: everything together:

Incidentally, someone asked me the other day if I’d cut out all the flowers already.  The answer is no: I cut them out as I go along, just trimming them as I need them.  There are two reasons for this: I don’t want them to fray before I’ve started to stitch them on, and, and probably more of an issue, I don’t want to lose any.  None of the flowers are big and some are really very small indeed – it’d be all too easy to drop one down between the floorboards, or accidentally throw one in the bin with the off-cuts.  Keeping them as part of their sheet until I need them is a lot safer!

So, here’s what’s left of the sheet of pearlworts, after I’d finished cutting out the flowers I needed: 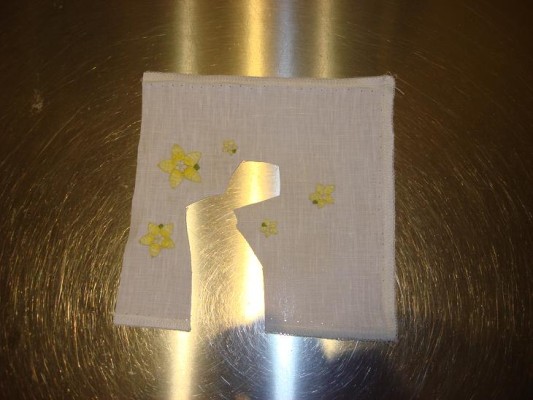 This can now go back into the cupboard, until I need it again.