A new project to work on!  This is quite a small piece, and shouldn’t take too long to do, I don’t think.  The person it’s for has asked for an outline of a bat against a patterned background.  This is on a black fabric, and worked in red metallic thread.  She’s also specified a size: no more than 20 cm (about 8″) square.

So, here’s the design: 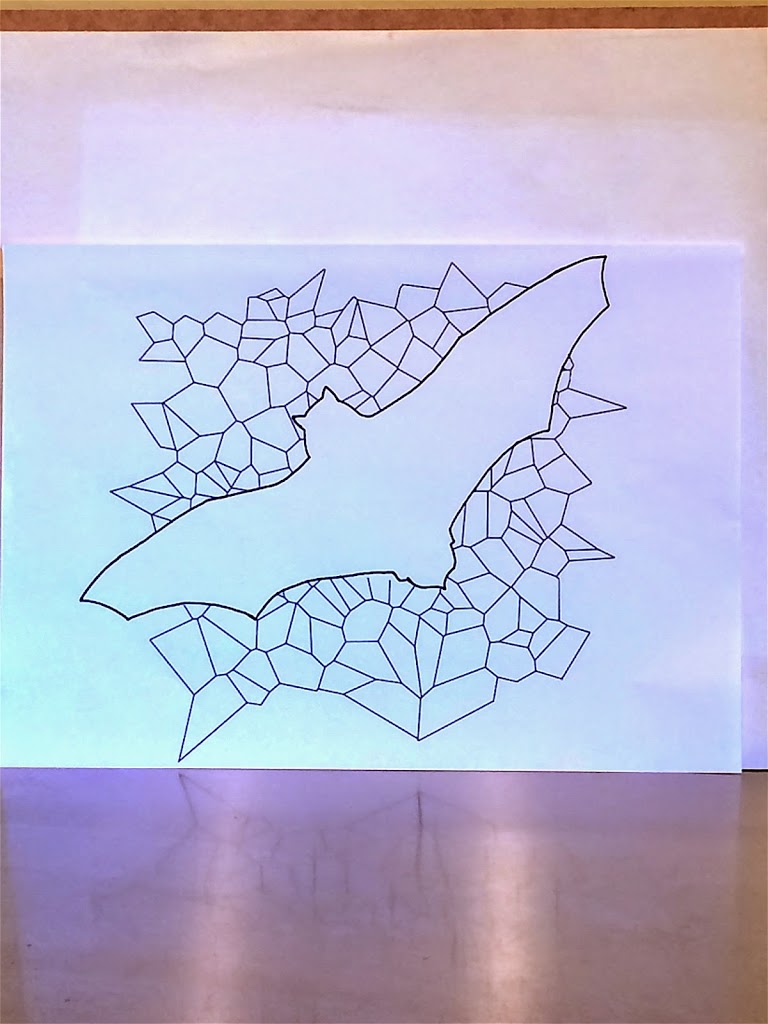 The ‘crazy paving’ background is a Voronoi diagram, which can be calculated mathematically, but is also found everywhere in nature as it’s the most efficient way to arrange shapes of varying sizes on a flat surface.  As such, it gives a nice organic look, and makes a nice change from precisely defined spirals and the like.

The fabric it’s to be worked on is black silk matka, and I’m transferring the design in the usual way: making a transfer, ironing that onto some fine linen, attaching that to the back of the matka, and stitching over it to make the design on the back onto the front.  Fiddly, but effective.

Here’s the first stage, the transfer on the linen (already attached to the black matka, which is why it looks a bit dark): 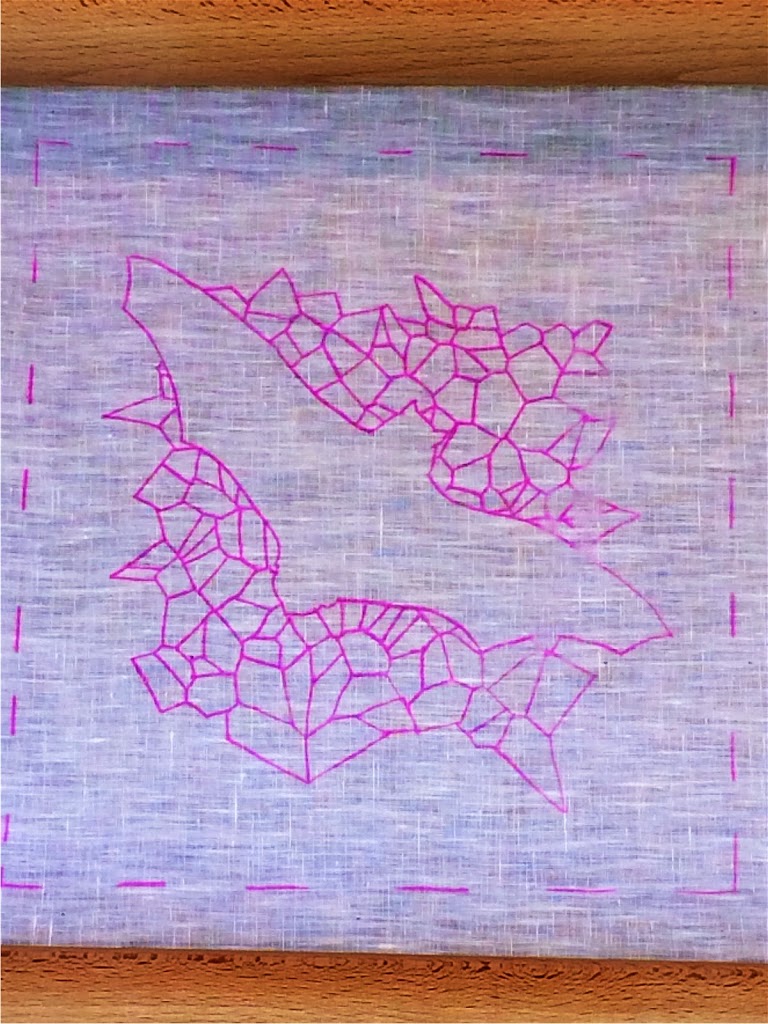 I’ll do the bat first, I think.