As I was looking for a bit of practice with my new camera, my friend Steph suggested a trip to Gateshead riverside.  Gateshead, on the south bank of the River Tyne, have made quite a feature of public scuplture, with Antony Gormley’s Angel of the North the most famous, but by no means the only, example, and there are a series of sculptures along the river bank

It was rather a rainy day, but undeterred, we headed across the river from Newcastle.  Walking down the path, the first piece we came to was Cone, by Andy Goldsworthy: 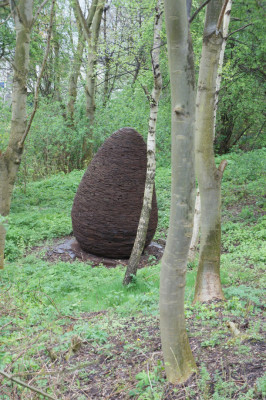 Goldsworthy’s work in natural settings is always striking, and Steph’s a big fan, so that was a good one to start with.

A little further along was Rolling Moon by Colin Rose: 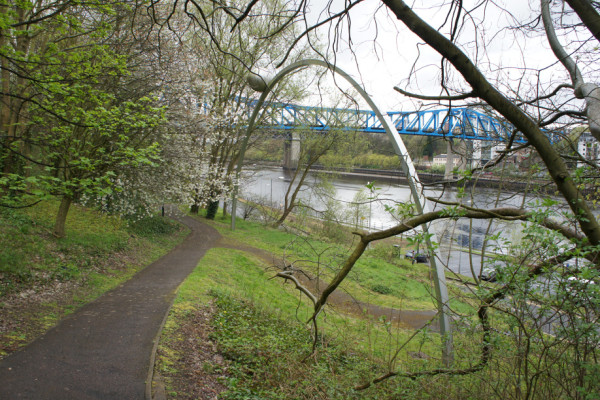 I presume by the name that it’s intended to evoke the passage of the Moon in the sky, but it also reflects the curved shapes of the iconic bridges over the Tyne.

A close up of the steel sphere: 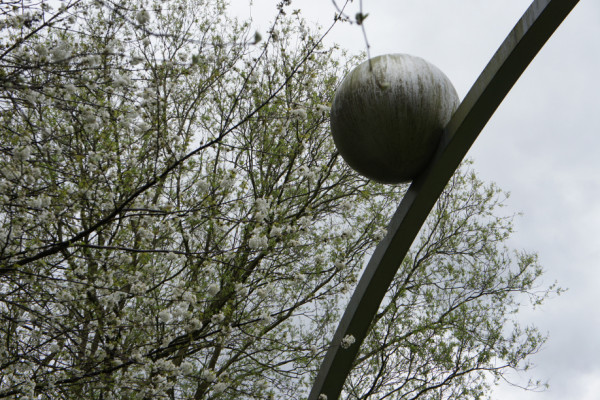 Further down still is Goats, by Sally Matthews: 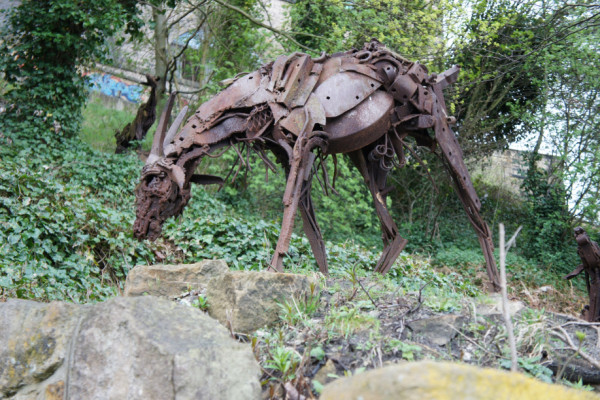 These slightly larger than lifesize recycled metal goats are foraging amongst the undergrowth up the bank:

Moving down to the road next to the river, we next saw the Thornbird Railings by Marcela Livingstone: 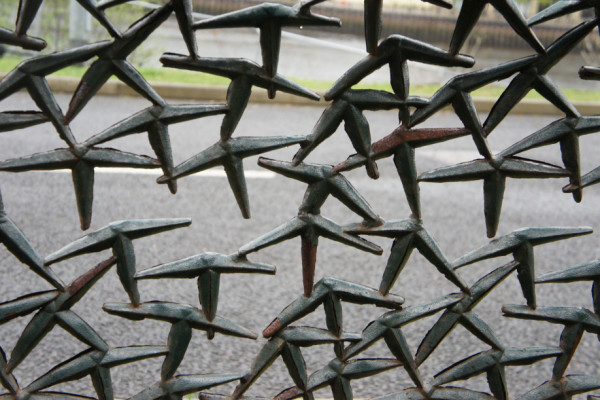 To me, they look like a flock of swallows.

Finally, on the way back, we headed past Rise and Fall, by Lulu Quinn: 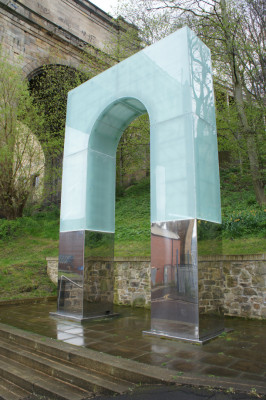 This is filled with LED lights that light up in random patterns, but I never seemed to click the shutter at the right moment, so you’ll have to take my word for that!

2 comments on “Sculpture in Gateshead”