It’s taken a while but I got there in the end – I’ve finished the embroidery on the Spirograph III hanging.  Here’s the final spiral, the very large one, plus a couple of the smaller ones that made it into the shot: 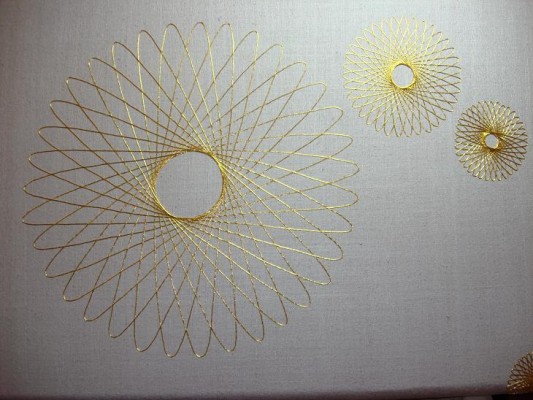 The smaller ones were worked in sections as I found the pattern too fiddly to follow on that scale, but with the big one it was easier to see what needed to go where, so I did it all in one go.  So that is actually one very long continuous thread, only starting and finishing in one place.  That means very little waste, too, so it’s also very economical!

Here’s as much of the finished piece as I could get into the photo: 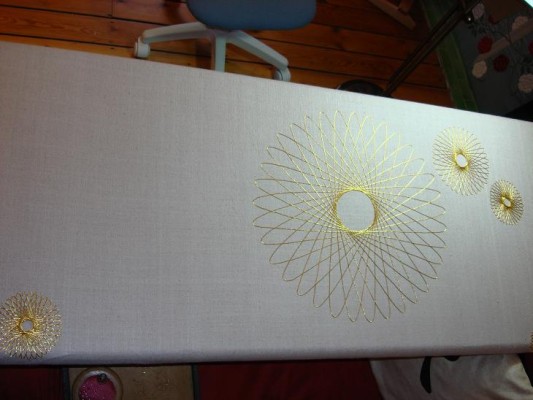 There’s one small spiral on the right that didn’t quite make it into the picture, but next time you see it it’ll be off the frame, so everything should be visible.

3 comments on “Spirograph III – the last of the embroidery”