Back to the beginning and starting the second Banner panel.  For no particular reason, I’m doing the left-hand side one next, which you may be interested to hear introduces a new flower.  More on that when the time comes.

Mostly, however, it’s flowers you’ve already seen using techniques I’ve already described in detail.  As such, I’m going to be going into rather less detail this time around, unless something worth mentioning comes up.  I’ll keep you up to date with progress, though – you won’t be missing anything, just not getting the blow-by-blow account.

I also thought I might write the occasional post on non-Banner matters, such as previous work of mine, or even touching on the ‘inspirations’ idea lurking in the sub-heading in the top banner and I’m afraid largely ignored thus far.

That’s for the future, though.  For today, pearlwort flowers. There’s just the one sheet of them to do for the left panel: 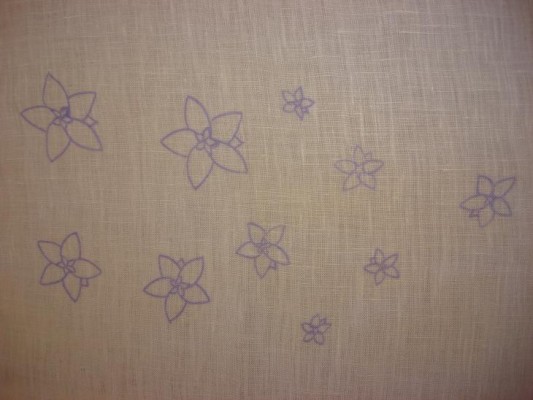 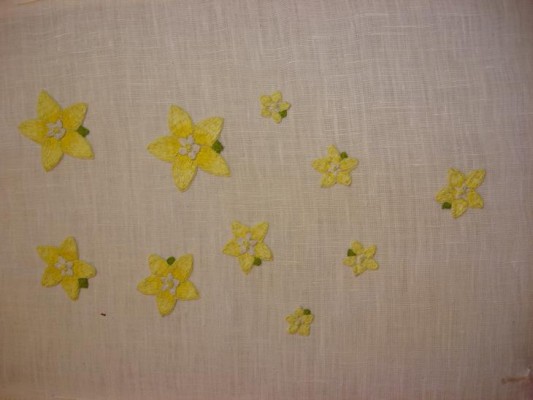 That dark speck to the lower left is blood, which I also managed to get all over the embroidery frame before I even noticed I was bleeding, but not on any of the flowers, which was a relief.  It’s a dangerous business, sewing!