I am happy to announce that the tambour beading filling and shading experiment has been quite a success!

Last time, I’d done the outline of an acanthus leaf design in gold and cream beads; now it was time to try filling it in.

I’d had a go at randomly dotting beads around on some scrap fabric and it was a mess: it just didn’t work at all.  The whole tambour stitching thing just naturally seems to want to go in lines.  So, why not work with that?  As such, I tried unevenly spaced, rather wobbly lines in the hope that from the front they would still look quite random, and to my relief they do. Here’s the first area to be filled in, all in the gold beads: 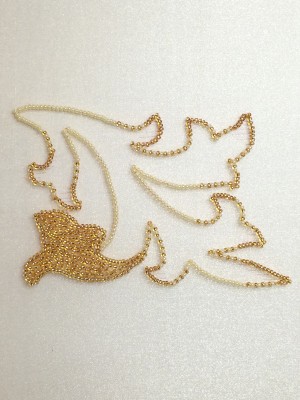 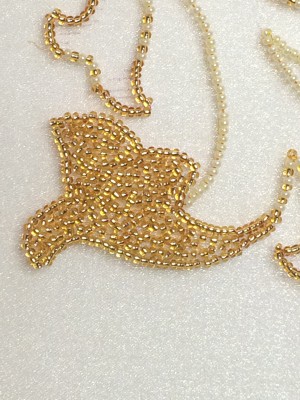 They were actually worked in reasonably straight lines, as a close-up of the back shows better (i.e. the back of the fabric, but the front as I’m stitching): 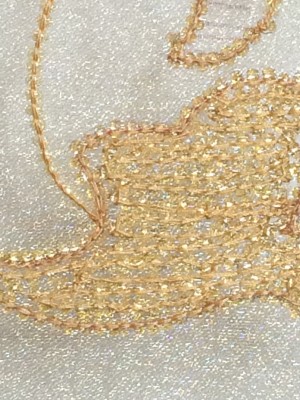 I then added gold beads to the small fiddly areas in the corners of the leaf: 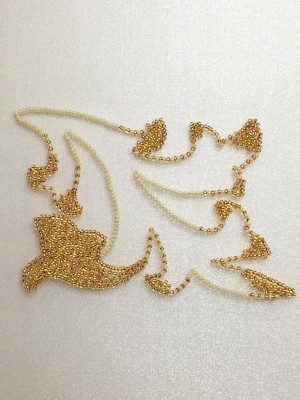 And now for the second part of this experiment: shading.  I strung alternating gold and cream beads on the thread, then added them next to the gold beads in the corners: 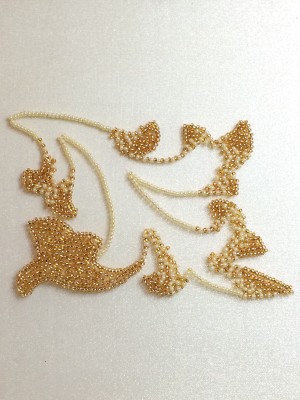 Then finally filled in the rest in cream only: 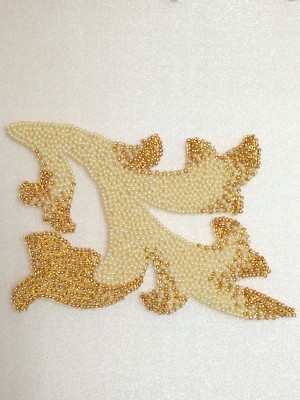 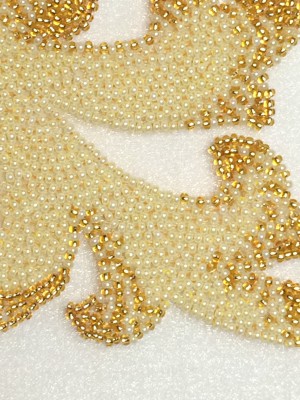 All in all, I’m very happy how this has turned out.  So, that’s seed beads – how about sequins and bugle beads?

One comment on “Tambour beading: filling and shading, part 2”