The bees’ bodies have been completed but don’t look right at all without their wings, but that’s about to change, with the addition of some appliqué.

Using little running stitches worked from the back, where the full design is marked up onto lining fabric, I transferred the wing outlines to the front, background, fabric.

I want the wings to be more than just outlines but I don’t want them to be heavy stitching either, so I’m going to appliqué an ivory silk organza. They’re quite small and fiddly shapes, so to do this I cut a larger piece of the organza, placed it over the wing outline, and stitched over it in back stitch: 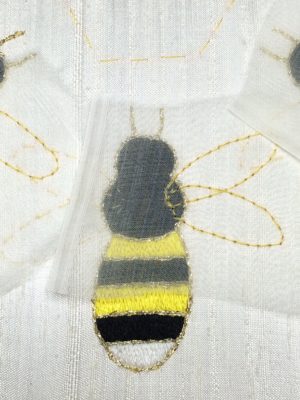 Stitching over organza to form the bees’ wings

With some small sharp scissors, I trimmed away the excess organza, then stitched over the back stitch with the gold Gutermann metallic thread in chain stitch, same as the bee body outlines: 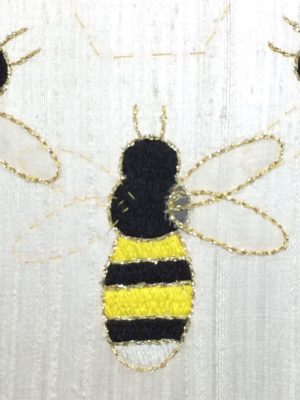 The wings overlap, and I want them to do so consistently in each case, so instead of doing both wings for each bee in turn, I’ve done all the right wings first: 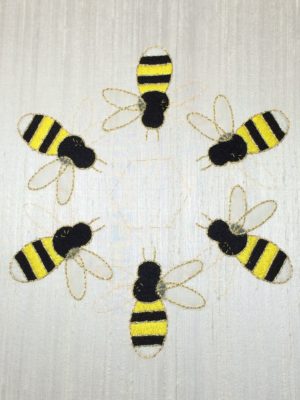 After that, I did all the left wings: 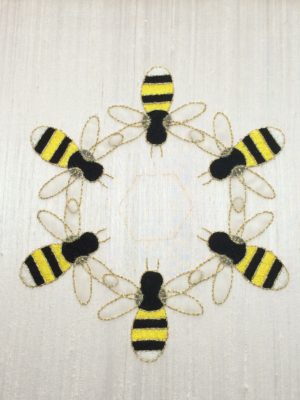 Bees with both wings

Here’s a close up of a single completed bee: 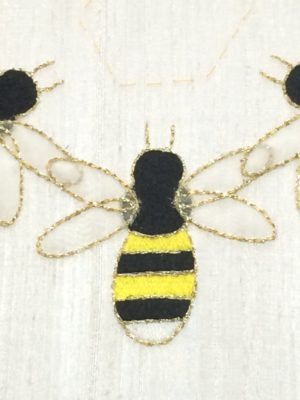 Not much to do now – the honeycomb hexagon in the centre was also appliquéd, but this time with gold kid leather, then outlined with the gold metallic thread: 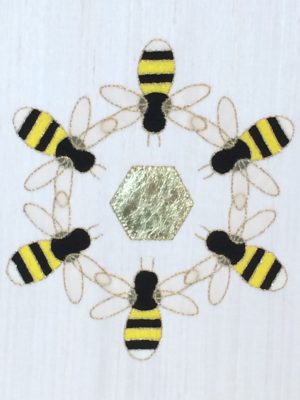 I’ll mount it up and share some photos of it then.