There are nine ferns on this panel, but I’m going to add them in groups of three, partly as that’s about as much fern as I can stand in one go, and partly because it works out quite nicely that way.

I wasn’t entirely happy with the curve on at least of the ferns for the first panel, so I need to take particular care over them.  I’ve stitched fewer leaves for most of them this time, which I think will help: I’m not trying to fit as much in.

Here’s the first fern, very roughly cut out and approximately placed on the background, to judge the spacing: 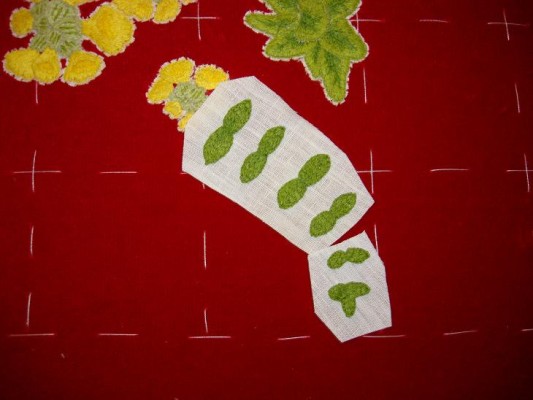 To make sure the size is correct, I added the top and bottom leaves first: 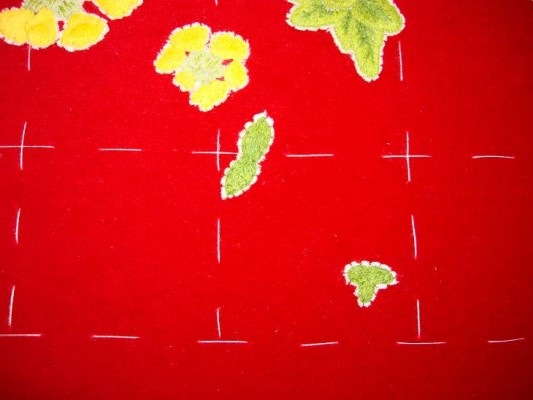 I then added the leaves in-between, taking care to place them so that the fern curved nicely: 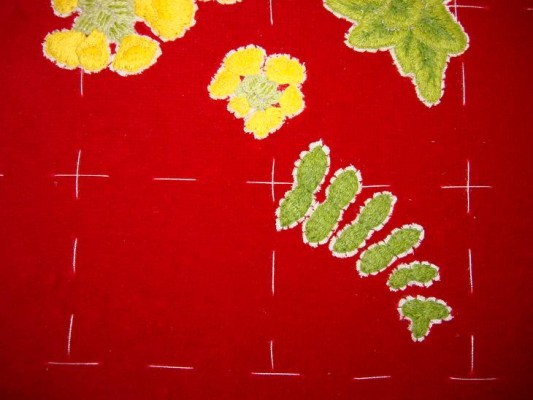 Here it is in context, next to the cowslip: 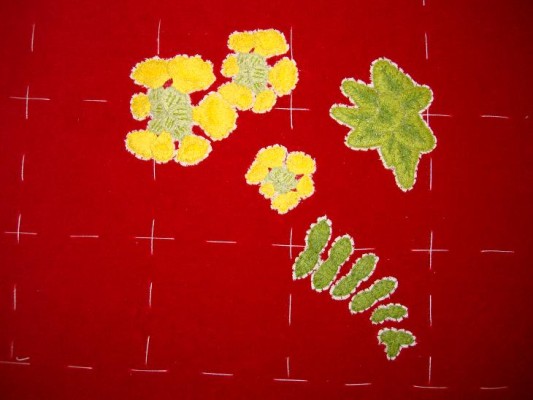 Next, the second fern: 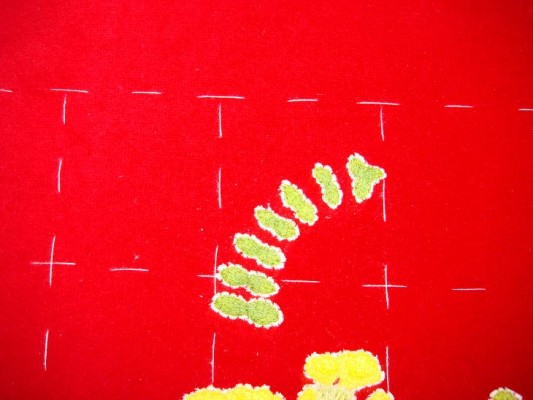 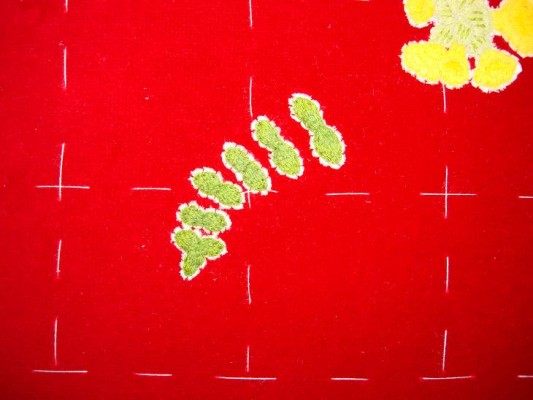 And everything I’ve done on the panel so far: 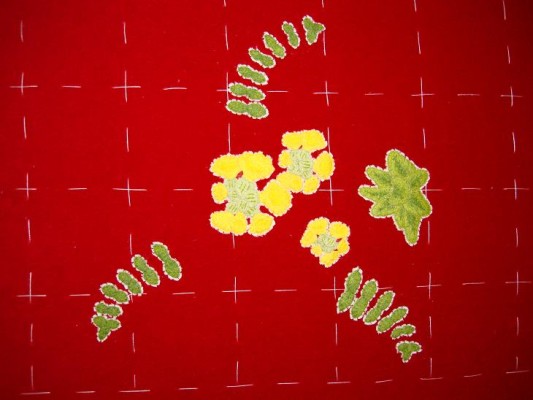