When I’m stitching, and especially when I’m stitching something with a few colours, I tend to have several threads on the go at the same time.  In order to keep them tidy until I need them again, I use a thread palette.

This is not a technical item – for the Banner, I’ve been using a piece of plastic that came in packaging for something or other, with holes punched in it, and the thread numbers written on in pencil.  I can then loop the threads through the holes, which stops them getting lost or tangled, and stops me from getting them mixed up: 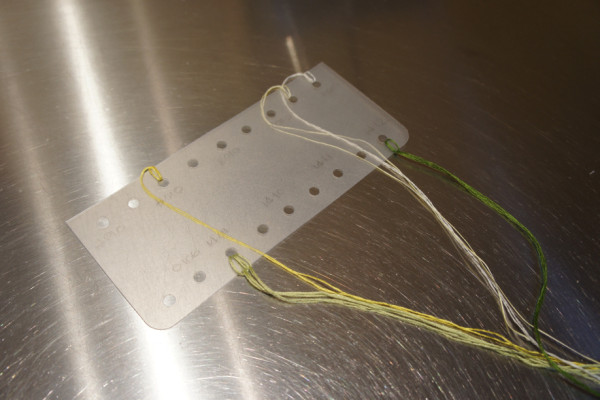 While somewhat improvised, it’s always worked fine, but even so, when I saw a mention on The Unbroken Thread of properly made ones for sale on eBay, naturally I popped over for a look.  Even more naturally, I bought a set: 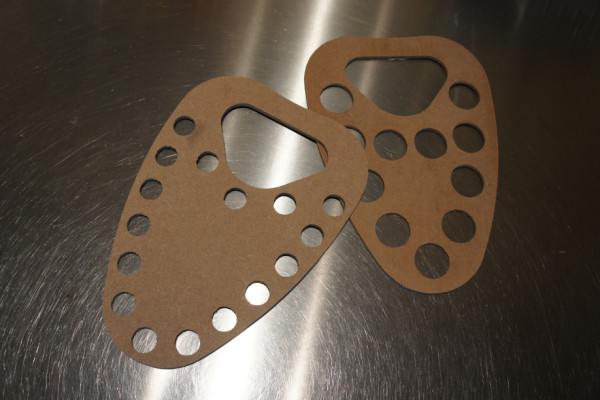 They’re made from MDF, with circles cut out in two sizes; I suppose the bigger one would be better for wools rather than finer threads.

According to the blurb, thead numbers can be written on in pencil and rubbed out again, though I must admit that when I tried that it smudged rather, though not too badly.

As luck would have it, the one with the smaller holes had exactly enough for the various threads and combinations that I’m using, so it couldn’t have worked out better! 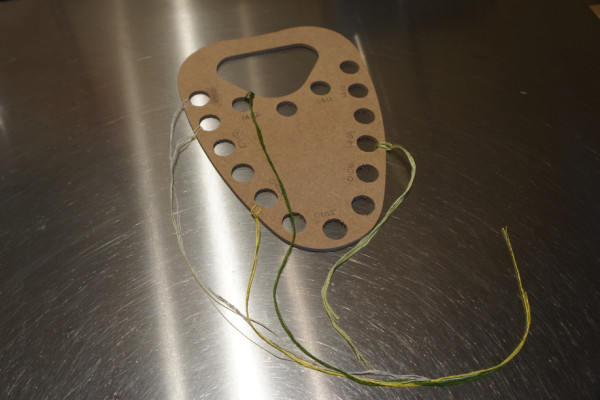 I can see I’m going to get a lot of use out of these over the years.