(Just a quick reminder – there are still a few days left to run on the competition, so if you haven’t already done so, get your answer in now to win a St Cuthbet’s Banner flower!)

As I got close to finishing the Banner, several people asked me the same question: what would I be working on next?  And the answer?  I had no idea!  I was so focussed on the Banner that I didn’t think at all about what I would do when it was finished, which is unusual for me as I normally have all sorts of ideas in mind, more that I would even have time to do.

But not this time, so once the Banner was handed over I was at a bit of a loose end.  It was timed rather nicely with the holidays, so I had a lovely break doing no sewing whatsoever, but now it’s time to have a go at something new.

But what?  It’d be nice to do something quite unlike what I’ve been working for ages, so if the Banner was flat, in reds, yellows and greens, all hand-sewn, very detailed, and worked to a precise design, the complete opposite would be 3D, blue and silver, machine embroidery, and free-form.  So that’s what I’m going to do!

After a bit of thought, I’ve decided do something inspired by a Nautilus shell, though in sections, to make the construction easier.

To get the proportions, I drew a basic spiral, and measured each section: 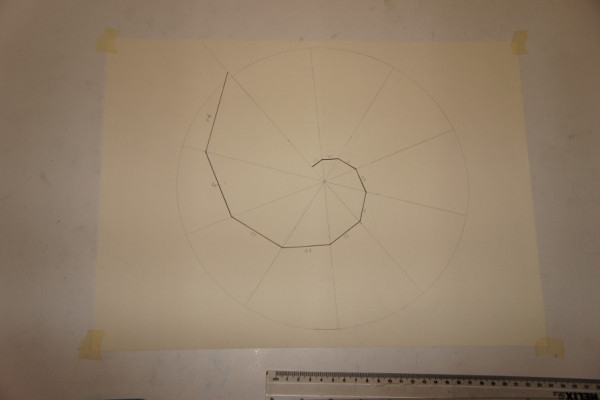 The small sections were too small, so I doubled all the lengths.

To make sure this actually worked before going too far, I decided to make a mock-up in paper first.  I drew a curved shape that will form each section of the final piece, scanned it, and used my computer to resize it to produce a series of shapes with a width of the doubled measurements from the spiral: 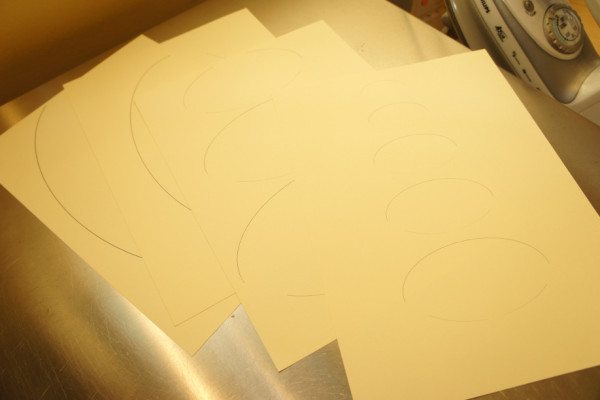 I cut these out: 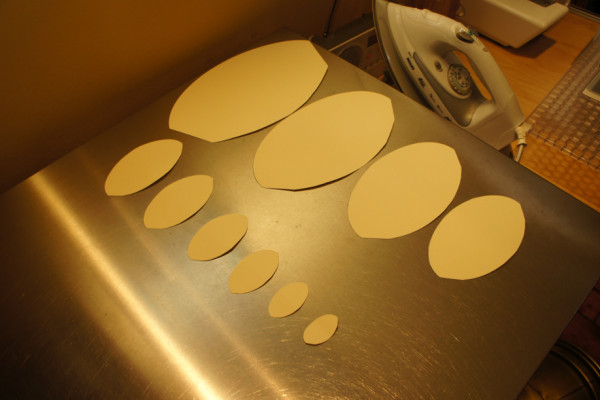 Then one at a time, bent these round, stuck them together with masking tape, and attached each one to the one before: 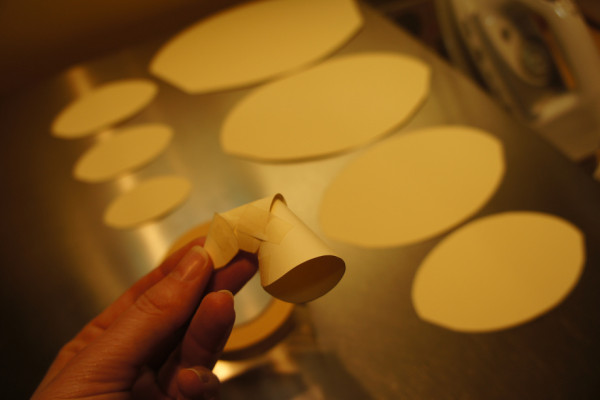 Here it is with all the paper sections stuck together: 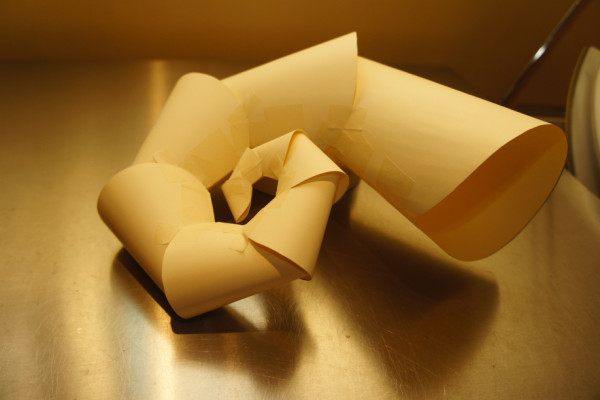 I think that proves the concept, though the final section is too big – when I start on the stitched version, I’ll leave that off.